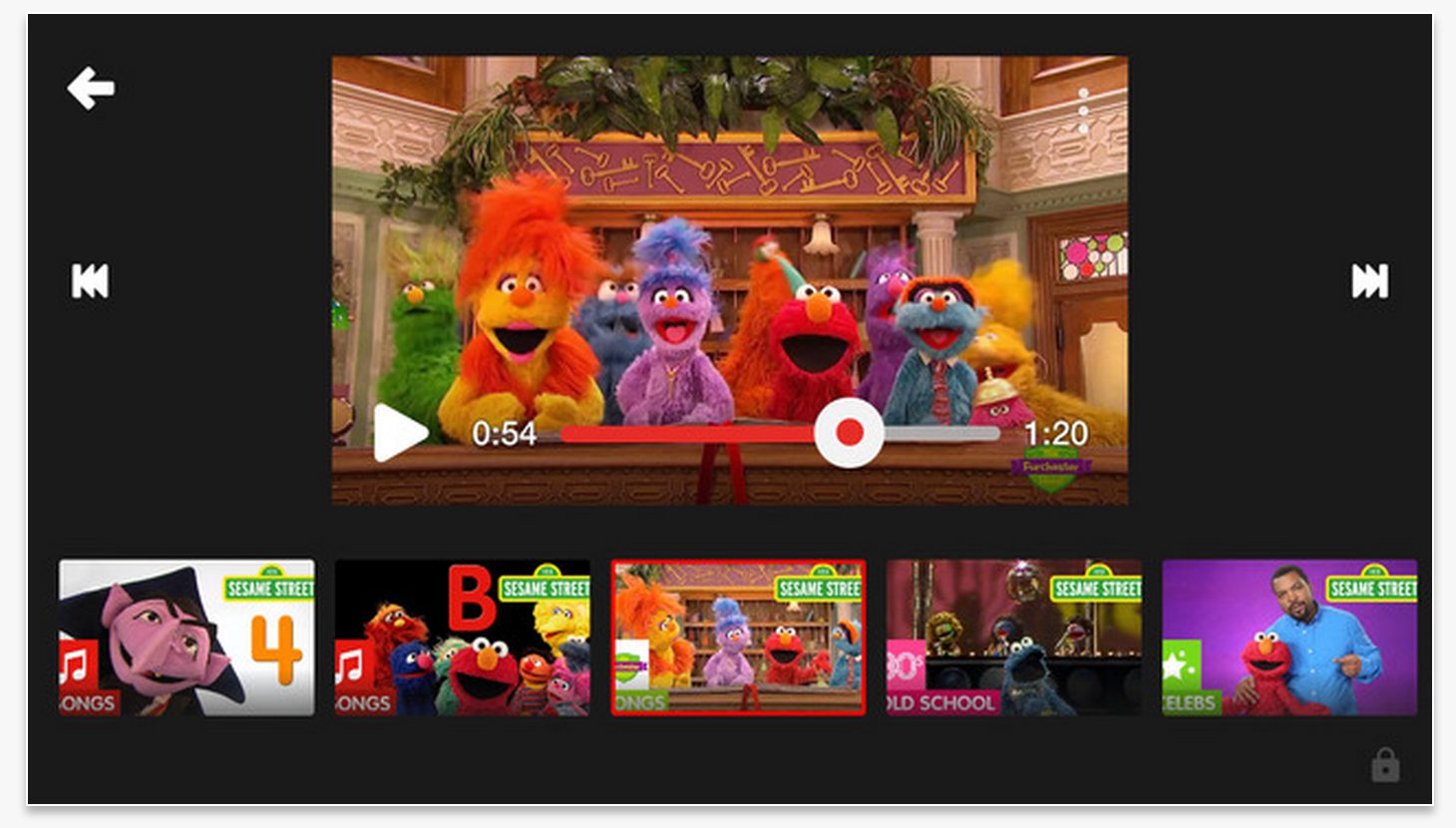 As you may have seen, Google is upping its fare that’s directed at kids. And although they have yet to modify their terms of service for YouTube (which still places the youngest users as 13), they are clearly moving towards being a provider or aggregator of more content for children.

Recently they unveiled new channels directed at kids, and (for full disclosure) content I’ve produced is already there within the PBS KIDS channel.

Google’s new announcement of a dedicated YouTube app for kids reflects a growing trend among popular hubs to broaden their reach to kids. Vine recently introduced Vine Kids, and Snapchat has added in-app video and news from branded sources to make it a content destination for its extensive user base, many of whom are tweens who have chosen this over Facebook and Instagram as their social network of choice.

A few of my colleagues offer us their thoughts on the new frontier that YouTube is opening up. Some stem from an old school listserv where such conversations get batted around. Urs Gasser, Executive Director at Harvard’s Berkman Center for Internet and Society and co-author of Born Digital: Understanding the First Generation of Digital Natives, says, “I’m quite excited about the non-login, mobile-only YouTube Kids app, especially for younger kids–say age 3-6. I do see it as part of a larger, evolving ecosystem of platforms that can be used by parents to let kids watch videos. As such, it makes a contribution by increasing our options. I think the interface design is done quite well, with small(er) kids in mind. It’s simple and easy to navigate. And voice search is of course a ‘must’ these days–at least looking at my kids and their search behavior. Third, the parental control features are actually helpful. It gives parents a tool to decide for themselves what the appropriate screen time for their children should be–and given the fact that the timer is among the key features, it invites parents to think about screen time, which is a key ‘regulator’ as we know from research.

“As a parent, I also like the option to limit search–the unwanted exposure problem is well-documented. I very much like that it is a sign-out application. As best as I can tell, the app doesn’t allow the collection or sharing of personal information. It can’t be linked to a Google account, nor can videos be uploaded or comments added, which might otherwise reveal personally identifiable information. Importantly, the ads don’t lead to third party websites–clicking on an ad won’t take you anywhere. This is a case of privacy-by-design.

“Finally, I have confidence that Google’s algorithms can be used in effective ways to curate meaningful and age appropriate content, as the examples here suggest. I also learned that the YouTube Kids team is exploring how to provide children with content that is not gender stereotyped–again, something that adds value and points into a good direction.”

Amanda Lenhart, Associate Director of Research at the Pew Research Center, wonders about the curation. “My guess is that it will find its most enthusiastic users among parents of kids at the younger end of the spectrum. From my perspective, a big challenge is that, while a subset of the content is human-curated, the bulk of it is not, which means its appropriateness for kids is only as good as the algorithm behind it. And it’s not obvious what is manually added and what’s being surfaced by the algorithm.”

Karin Jue, Director of Products, Streaming Media at PBS KIDS DIGITAL, explains the opportunity for public broadcasting. “We launched our channel on YouTube to promote new shows, such as Odd Squad and familiarize the YouTube audience with what shows PBS KIDS offers through local PBS stations. We also see the channel as giving us the opportunity to grow our audience to include viewers who do not currently engage with our content, and introduce them to series and characters they may not have found otherwise.”

Nathan Freitas, founder of the Guardian Project, provides some context. “As a back story, I have a four-year-old, who has traveled a great deal with me since age two, and, mostly due to that, became very capable with an iPod Touch and Kindle Fire tablet. She has zero interest in DVDs, except for the pretty packaging. Since we don’t have a large wall mounted screen anywhere, most of her viewing is on a small device that makes it hard to monitor 100% of the time (though I have a keen ear for the voices and theme songs).

“She watches less than hour a day, usually if she wakes up very early, and/or while dinner is being made. She spends much more than an hour a day reading, building LEGO, doing some sort of athletic or arts and craft activities, or entertaining her baby brother, so I am fine with the current balance. Here’s my assessment of the video choices for parents, based on the last two years of experience:

“1) Rip a bunch of DVDs and YouTube videos and build your own offline library–time intensive, but rewarding and a bit old-school … we used to have this, but I lost my motivation and time to find new content.

“2) iTunes: purchase or rent videos from Apple, which is expensive, but you have a lot of control, since each purchase can be password-protected.

“3) Amazon Instant Prime: unlimited streaming. There is a good selection of children/family content, but not a great separation of kids’ content from the rest, meaning it’s easy for a smart kid to start exploring what else there to watch.

“4) Netflix: unlimited streaming ‘kids’ section is a great kids’ section, but not locked down in any way, or tuned for the child, beyond Netflix’s standard algorithm, as far as I know.

“5) YouTube: regular open YouTube with basic content filtering. It is YouTube so it can be both amazing and horrifying what you get … our current favorites are the epic HD drone videos of whales and dolphins off of San Diego’s Dana Point. The promoted video/ads are the worst part as they usually are for other videos I have no interest in her watching (yet). Also your recommended queue gets filled up with whatever your kids like.

“6) Kindle Fire Freetime: Amazon’s curated videos, apps, ebooks service for kids on their Fire tablets, with a ton of control for how long you can do each activity, weighting of educational versus fun, and tuning for age range. This feels less like censorship and more like taking your kid to the Children’s Museum. The unlimited apps and e-books are actually the best part, as you don’t end up spending money on something that seemed great, but turned out to be really boring and not engaging. It also is all ad-free, although I think Amazon is using this service to promote their own original content they are starting to produce.

“We’ve tried them all, and Freetime really is the best. YouTube Kids might stand a chance though, since user-generated content (UGC–do we still say that?) really can’t be beat for really opening minds to the world… I think we mostly use YouTube together as a family guided experience, and then Freetime is her own place to explore.”

I’d add that the reviews stacking up at iTunes are mixed. At the time of writing, the first two offer these words of caution. “Ed App Expert” says, “This app may lull parents and educators into a false sense of ‘safety’ and encourage them to hand their devices over to little ones and walk away when in truth we need LESS of that and more sitting down together to play games, watch videos and talk about them and to make our own books and media.” Another from “Crashnoworky” says, “If you are an advertiser and want to direct your marketing at three year olds, this is the app for you!!!”

For more discussion, I enjoyed this piece at GeekWire, not least for its opening line, “If there’s one thing I’ve learned about parenting, it’s that no one has any idea what they’re doing.”

Please let us know what you think in the Comments.

This Week’s TableTop Tells of Giants, Talking Monsters, and Thermonuclear War in Once Upon a Time

3 thoughts on “YouTube’s New Kids App: The Experts Weigh in”