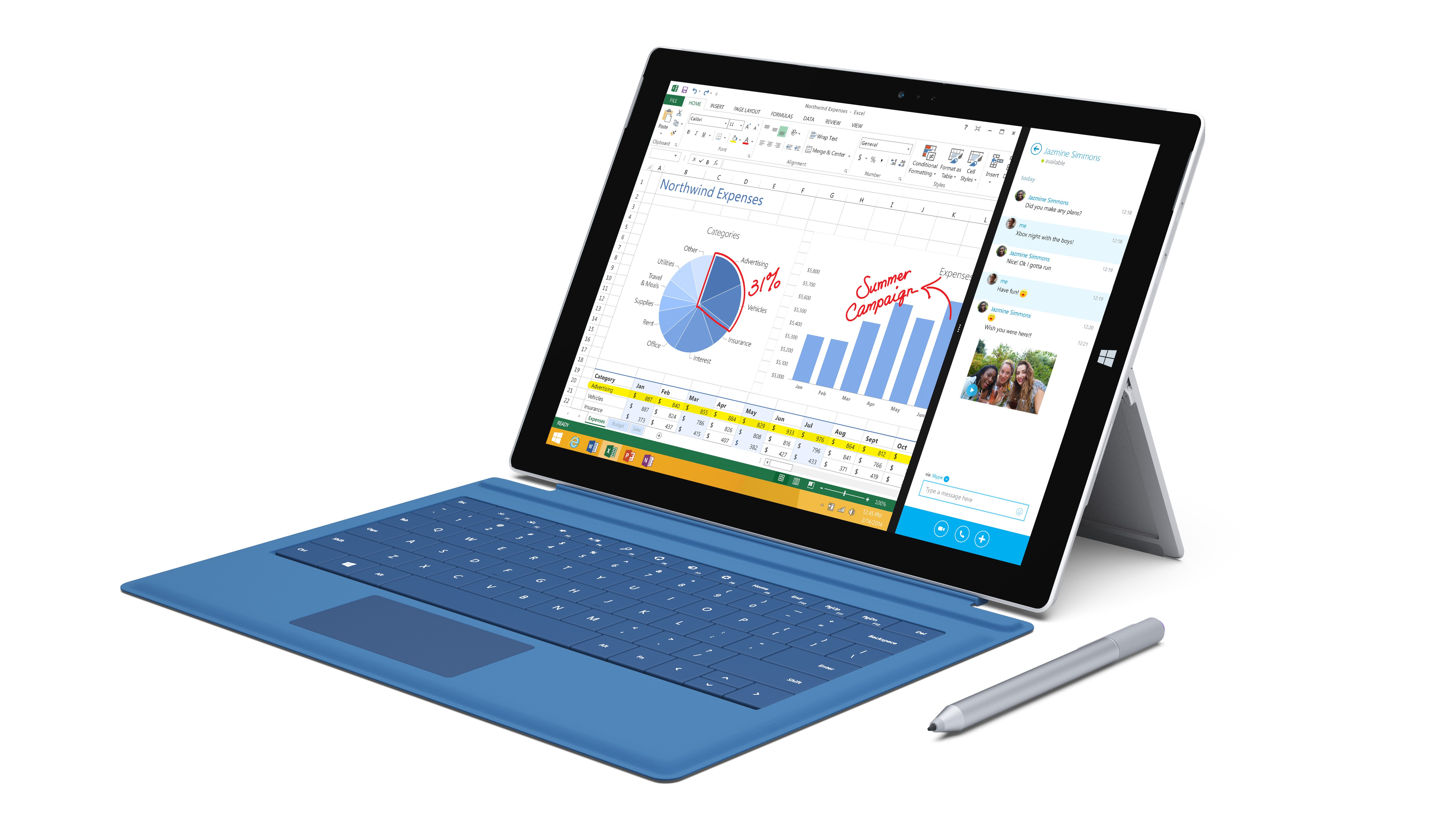 I never used an earlier version of Microsoft’s Surface, though I have seen it in action once or twice. I’ve only used desktop machines, laptops, notebooks, netbooks, and tablets. Never a pseudo-hybrid.

So I wasn’t sure what to expect when I finally got my hands on Microsoft’s Surface Pro 3. Would I like it? How would I use it? What place in my life would it have? What uses would it be best for, over my other devices?

Just like when I got my iPad 2, lo, those many years ago now, I was excited to use a new device but wasn’t sure how it would fit with my habits. I knew the iPad 2 (now so far behind the current models that it runs glacially) was cool when I got it, but I wasn’t sure what to use it for. It quickly became a great way to consume media, and single-handedly helped me move away from watching television on an actual television.

I had a different but related experience with the Surface Pro 3. I already had a tablet. I already had a laptop. Would this be a case of a hybrid doing everything, but doing nothing well? Or would it seamlessly bridge the gap and transition between the two experiences? At first I wasn’t sure. It felt a bit foreign, because you can’t just pry the thing open and balance it on your lap. (At least not my lap–my legs aren’t long enough to prop up the screen and have the keyboard flat.) And even if I managed it, the keyboard was a little thin and flimsy to type vigorously, balanced on one’s legs. It bounces around a bit.

Placing the Surface Pro 3 on a table or other large, flat surface takes care of all of those issues, however. The keyboard feels more substantial with a table for support, and you can lean the screen/tablet portion at any angle you choose. Any severe angle seems to require a bit of oomph to get it there, though. The keyboard comes in several colors, which allows you to personalize your experience, and when closed, the keyboard also serves to protect the screen. I’m generally happy with the keyboard. The trackpad, clicking, and the keys all work well. There are also separate arrow keys, which is nice.

Using the Surface Pro 3 in the laptop orientation is only one of many ways to interact with this tool. If you pry off the keyboard portion, which is easy to do, the screen is now a tablet. Tap, scroll, and pinch to your heart’s content. It works just like other Windows 8 tablets out there.

When you’re ready for something new and incredibly useful, try out the Surface Pen. It’s not your usual stylus. It’s Bluetooth-enabled, so it can interact with the device in ways that your finger or a conventional capacitive stylus can’t. Rest your hand on the screen and write or draw with the stylus, and with the magic of science (or, Palm Block technology), only your pen marks show up. No marks from your hand. You can also use the stylus in some ways while using your finger swipes in others. Scroll with your finger, and draw with your pen. It also seems to be pretty pressure sensitive, which is great for when you’re drawing. The tip is quite pointy, so, unlike the snub-nosed styli out there, you can place this one on the screen with more precision.

The Surface Pen also includes two buttons on the body of the pen, which are for erasing and right-clicking. One tap of the button on the end (where an eraser would be) opens OneNote, and your’re ready to write a new note. (OneNote will also convert handwriting to text, which is handy here.) Double tap it and you’ve just captured a screenshot. The pen also works in any app that allows for this kind of “ink.” In short, it works just like I’ve always wanted a stylus to work. The first words about it that escaped my mouth were, “Amazing sauce!” Silly, I know. But hey.

The Surface Pro 3 Pen comes with a sticky attachment loop, and you can choose, yourself, where to position it. I put mine on the left side of the keyboard, since I didn’t want it in the way of my tableting when I had the keyboard unhooked.

The Surface Pro 3 has a bigger tablet portion than my iPad 2, but is smaller than my other laptops. So it’s great to take with me for a very portable laptop and stellar tablet experience. Other than doing activities such as playing Guild Wars 2, I can replicate just about anything on the Surface Pro 3 that I can do on my more powerful desktop machine.

I haven’t measured battery life, but, unlike my other Windows 8 tablets, the Surface Pro 3 holds a charge for more than 24 hours (considerably more, I believe). Not having to charge it each time I want to use it is an important feature for me.

To sum up, the Surface Pro 3 works really well as a tablet. It also is quite versatile as a laptop, minus the lap. If you tend to have a laptop as your only computer, and you’re a heavy computer user, the Surface Pro 3 likely won’t replace it. But it’s the perfect secondary device. The stylus is the best I’ve ever used. It just works, it’s very pointy, and because it’s Bluetooth, it resists the touch of your hand while you’re using the pen. Also, even more than any of my other Windows 8 devices, the Surface Pro 3 boots up and shuts down really fast.

Note: As part of the Microsoft Bloggers program, I have been provided hardware for the purpose of these reviews. The views expressed in these posts are my honest opinions about the subjects involved.