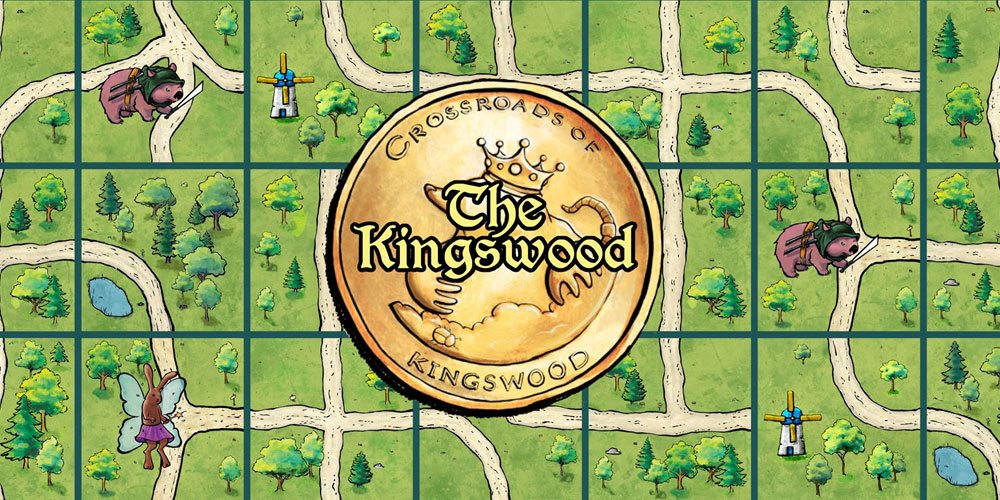 “A fantastic treasure has been found at the heart of The Kingswood.” Which, of course, means that you’re all competing for it. The Kingswood is a tile-laying game about building new roads (and paving over old ones) to connect your forts to the most valuable gates.

At a glance: The Kingswood is for 2 to 4 players, ages 13 and up, and takes 45-90 minutes to play (depending on number of players). I think you could play with kids as young as 10; more experienced gamers will have an advantage in figuring out the strategy in role selection. It is currently seeking funding on Kickstarter, with a total goal of $19,000 CAD, and an expected delivery date of July 2015. The pledge level for a copy of the game is $42 CAD, with a few higher reward levels for bonus art and other extras.

The copy I played was a pre-production prototype, so the component quality is obviously not final. As I understand it, the artwork on the prototype is mostly complete, but there will be some tweaks for clarity.

The artwork is pretty great, actually. It’s by Ada Robinson, and each of the four houses is a different animal: ostrich, sloth, llama, and manatee. On the board, the animals are dressed as guards. On the role cards, each animal is dressed as the five different roles—and they’re all delightful. However, don’t be fooled by the cute artwork; the game can still be quite serious and even cutthroat. But it’s hard to be too upset when you just got trounced by a sloth.

The board and road tiles are reminiscent of Carcassonne, though in this case it’s all roads of different sorts. Some of the tiles have mercenary wombats or fairy rabbits—and those are pretty adorable, too. But deadly, of course. Don’t get too close to those wombats.

Each of the role cards has two abilities printed on it: the top ability is given to each player that chooses that role, and the bottom ability also applies if only one player chooses that role. The role abilities are fairly easy to interpret.

Overall, the game looks pretty nice: the illustration style has a whimsical feel to it, which I liked, but it can be a little misleading for players who think they’re in for a lightweight game.

The current beta version of the rules is available here.

The goal of the game is to have the most goal by the time the game ends, when one player reaches at least 50 gold by the end of a round, or when there are no more road tiles left.

To set up, each player gets a set of five role cards and a reference card. The gold track tokens are placed on “0” and the forts are set up along the outer edge of the forest. (There are specific places to put the forts depending on the number of players.) The road tiles are shuffled and each player gets four tiles. Finally, the three treasure tiles are shuffled, and one is placed in the center of the board (in any orientation).

On each round, players will choose roles, take their role actions, build roads, and collect gold. The round ends with a “rush phase” of more gold collection.

Each player chooses a role secretly, and everyone reveals simultaneously. The roles are numbered in the order they will get to play. If there are ties because multiple players chose the same role, their reference cards are shuffled and dealt back out—each one has a letter A, B, C, or D, and those players will go in alphabetical order.

First, each player will take their role action in turn order. If you’re the only person who chose a particular role, you get both actions listed. Otherwise, you only get the top action. Here are the various actions each role can take:

Next, each player does a road phase in turn order, which involves building roads and collecting some gold. You place two road tiles on the board, in any orientation you choose. However, you may not play road tiles on locations with soldier tokens (unless you were the only soldier), and if you place a tile over a mercenary, you lose 1 gold. You draw back up to 4 road tiles.

After you place your roads, you pick one gate (the banners on the treasure tile marked with various values) that’s connected to one of your forts and has no guard token on it. The value is marked on the banner, plus you get 1 bonus gold if you are the only player connected to that gate, and 1 bonus gold for each fairy connected to that gate (whether you have to travel over the fairy’s road to reach the gate or not). That gate is then covered with a guard token.

After each player has done their road phase in turn order, the round ends with a rush phase. Look at each remaining gate that has no guard token: everyone connected to each gate will collect gold from it, including the bonuses for being exclusive or having fairies.

At this point, if there are no more road tiles left (including discarded tiles) or if any players have reached at least 50 gold, the game ends, and the player with the most gold wins. Otherwise, the game continues: all the guard tokens and soldier tokens are removed, and the next round begins. Everyone gets their role cards back, and new roles are selected. Note that once during the game, when the first player reaches or exceeds 25 gold, the last-place player will get to draw and place a new treasure tile on the board between rounds.

I’ve always liked tile-laying games—Carcassonne was one of my introductions to modern board games, and I love the way a “map” develops as you play the game. In The Kingswood, though, instead of expanding the borders of the map, roads get paved over and rebuilt, and the paths through the forest are constantly in flux.

Despite the cute animal illustrations, The Kingswood can be a very serious game. That juxtaposition may bother some people, but I personally like this sort of thing. I mean, how can you not like a manatee in a fez?

I like the simultaneous role-selection in the game, particularly the bonus action for being the only person with that role. It means you have to take a few things into consideration when you’re selecting your role: how early in the round you want to go, what actions would benefit you the most, and what your opponents are likely to choose. In one three-player game I played, the other two players selected the same role over and over—giving me an advantage because I kept getting the bonus action. In the four-player game, it was even more likely that you’d match somebody, which meant you really needed to rely on your road-building strategy and couldn’t count on the bonus ability.

The tile-laying portion of the game definitely rewards those who have good spatial reasoning skills. If you have trouble turning roads around in your head, you’ll have a hard time figuring out the best way to connect your forts to the valuable gates—or how to prevent your opponents from doing so. Moreover, the special abilities granted by the roles will only help you if you have a plan—you need to know which gate to guard, what areas to put soldiers in, which direction to turn the treasure tile, and so on.

I also like the balance between going early and going later, because there are two times when players collect gold: once during each player’s own road phase, and then again during the rush phase. During your own road phase, you’ll get to pick only one gate to collect from, even if you have forts connected to multiple gates. Do you pick the one that gives you the most gold now, or do you try to leave the ones that may still be connected by the time the rush phase comes around? Going later in the round means that you can get better set up for the rush phase because nobody will pave over your roads—but it also means that most of the best gates will probably have been taken. Finding that balance is a key to victory, and so is outguessing what your opponents will do.

Overall, The Kingswood offers a nice variety of game mechanics that blend well together, and I’ve really enjoyed it. The artwork is fun, and the game is pretty straightforward to learn. I’d recommend it for gamers who enjoy tile-laying games and aren’t afraid of a little direct competition.

For more about the game or to back the project, visit The Kingswood Kickstarter page. 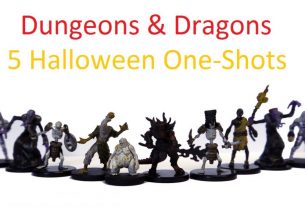 Come Sail Away With Me… and Pillage in ‘Raids’ 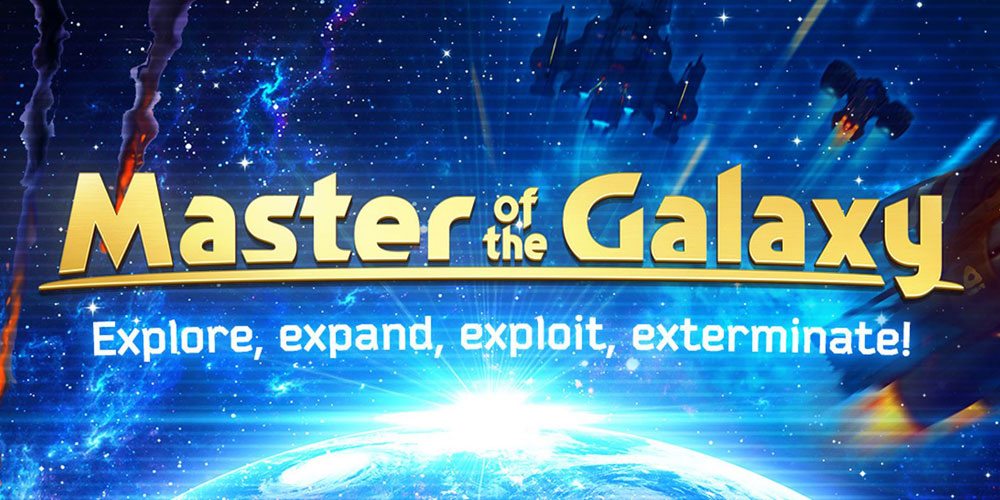