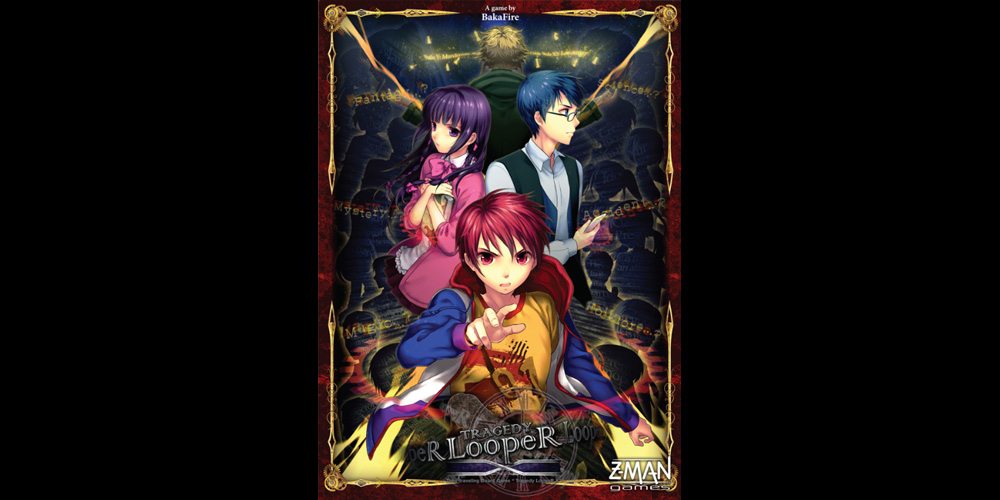 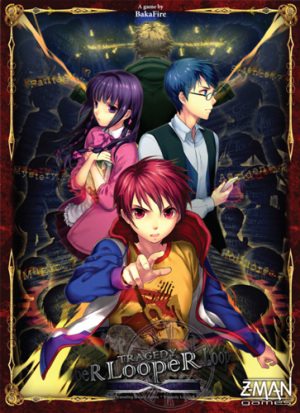 [Note: I was sorely tempted to write a time-looping review, but nobody will ever top Kill Screen’s attack-die-repeat review of Infinity Blade, so I’m just playing it straight.]

At a glance: Tragedy Looper is for 2 to 4 players (ideally 4), ages 13 and up, and takes about 2 hours to play. It retails for $39.99 Because of the content matter, which involves a lot of death and other tragedies, I would stick to the age recommendation.

The components for Tragedy Looper are a little atypical, and I don’t know if it’s because it’s imported from Japan or what. The box is a non-standard size, and the game board comes in four separate sections rather than a quad-fold board. The counters are all circular cardboard punch-out tokens. The Goodwill, Paranoia, and Intrigue counters all come in 1 and 3 value tokens with slightly different sizes.

The card quality is pretty good, but my main complaint is that everything is very dark. Sure, it’s thematically a dark game, but that doesn’t mean that all of the icons and everything need to be so literally dark that it’s hard to read. In particular, the Paranoia and Intrigue tokens can be hard to tell apart from across the table. Also, the Mastermind and the three Protagonists each have their own deck of cards with different backs so you can identify them—but only one of them has a bright icon on the back and the rest have dark patterns and illustrations on them. I ended up sleeving mine and putting other cards with them so that the backs are more easily distinguished.

The other downside is the font choices, which look to be selected more for their graphic impact than legibility. Each character has a “paranoia limit” printed on it, but it’s a purple squiggly number that’s hard to read—some players didn’t even know it was a number until I pointed it out to them. Also, the characters have abilities, but they’re printed in very small text, so you generally have to pick them up to read them. Fortunately, the character abilities are also printed on the reference sheets.

The characters are all illustrated in a manga style, due to the Japanese origin of the game. Overall, I’d say that the visuals of the game aren’t my favorite—it’s not as “clean” looking as most of the Euro-style games I tend to play—but it’s the legibility issues more than the look that bother me.

However, despite my complaints about the components themselves, I think the gameplay is well worth the trouble.

Tragedy Looper is fairly complex, so I’ll give an overview but won’t get into all of the details here. The rules are available as a PDF if you’d like to read the whole thing.

The game comes with 10 pre-made “scripts,” but you can also create your own scripts once you’ve gotten some more experience playing it. Each script, pre-made or otherwise, has various parts: a main plot, 1 or 2 subplots, some characters, a schedule of incidents, number of loops, and number of days per loop. The Mastermind will know all of the details, but the Protagonists will not know the plot and subplots, nor the specific roles that the characters play. Everyone will know what incidents will occur and on which days they will occur, but only the Mastermind knows the culprit for each incident.

Each plot and subplot has a list of roles, as well as special rules (sometimes including victory conditions). The roles add additional abilities or effects to the characters—for instance, if the Key Person dies, then the Protagonists lose and the loop ends. The Conspiracy Theorist is able to add Paranoia to characters in the same location. Finally, there are Incidents like Murder, Increasing Unease, or Missing Person—each of these has a Culprit, and these events are triggered if the Culprit is alive and has enough Paranoia on the day that the event is slated to happen. It’s important to know that any given character can have only one role, but they could also be a Culprit for an Incident.

The four locations are always set up in the same way, and any characters in use are placed in their starting locations, which are marked both on the character cards and the location boards. (In addition, some characters have location restrictions; for example, the Shrine Maiden cannot go to the City.) The Incidents are marked on the timeline, and the other tokens are set up to show the number of loops, the current day, and so on.

Some cards move characters, and there are two movement cards played on the same character they interact with each other. Paranoia, Intrigue, and Goodwill may be added to or removed from characters, and are indicated by tokens. Finally, Intrigue may be added to locations—anything else played on a location by the Mastermind is just a bluff and has no effect. If the Protagonists play more than one Forbid Intrigue card on the same turn, they cancel each other out.

There are some cards marked with a blue Time Loop icon—these can only be used once per loop, and are discarded after being resolved. Otherwise, the cards are returned to the appropriate players after they’re resolved.

Then the Mastermind uses abilities given by the roles, and the Protagonists may try to use Goodwill abilities. Each character has at least one Goodwill ability which can be activated if the character has enough Goodwill added to them. However, some of the roles have an optional or mandatory “goodwill refusal,” which means that the Mastermind announces that the ability doesn’t do anything. It does give a clue about the character’s role, but it also means that the Goodwill placed on that character was wasted effort.

Finally, the Mastermind resolves Incidents if they occur. Sometimes Incidents fail to happen: if the Culprit is dead, or has not reached their Paranoia threshold, then nothing happens. Sometimes there are other requirements, too: a Murder doesn’t take place unless there’s another person in the same location as the Culprit.

This process repeats for each day of the time loop. If the Mastermind achieves a victory condition, then the Protagonists lose that loop and everything resets back to Day 1. If the Protagonists manage to stave off disaster for an entire loop, then they win the game. There are a limited number of loops, of course, so the Protagonists have to work together in order to untangle the plots before time runs out.

If the Protagonists lose all of the loops, they have one last chance: the Final Guess. If they can match all the characters to their roles, then they have figured out the Mastermind and win the game.

The game comes with 10 pre-made scripts that spell out everything: which plots are involved, which characters to use, what role each character plays, what incidents happen and on which days and who each culprit is, how many days and how many loops. For the very first game, there are even suggested moves for the Mastermind. The first two scripts use the “First Steps” set, which is a reduced number of plots and subplots to keep track of. After that, you use the “Basic Tragedy” set, which makes the game substantially more complex.

However, because each game is a whodunnit, you’ll only be able to play each script once as the Protagonist. (You can play any script as the Mastermind multiple times, as long as you have new Protagonists each time.) That does mean the set of pre-made scripts will only last you so long. But the Japanese version already has a Script Collection with 30 more pre-made scripts; if Tragedy Looper does well in the US, there’s a good chance we’ll see a translated edition down the road.

I’ve only gotten to play the first two scripts of Tragedy Looper so far, but it’s been amazing. I’ve played multiple times as the Mastermind (with new players each time) and once as a Protagonist. The game does take a bit of effort to learn, particularly for the Mastermind player, but it’s well worth it.

The gameplay itself is actually fairly simple: Mastermind plays cards, Protagonists play cards, and then you see what plays out for that day. It’s the puzzle-solving aspect that will have you wracking your brain: How did the Doctor die? Was it because the Girl Student is a serial killer? Or did he commit suicide? Next time loop, should we move him somewhere else or try to prevent him from getting too much Paranoia? Oh, but this time he died on a different day.

Each time something happens, the Protagonists have to piece together what caused it, but often these events cause the loop to end—which means you’re running out of time to solve the mystery. And because there are plots and subplots and incidents with overlapping effects, the Mastermind has many different ways to make you lose.

Playing the Mastermind isn’t always simple, though: sometimes a character gets moved to the wrong location by sheer luck, throwing off your carefully planned machine of death. Each time the Protagonists figure out one of your character’s roles, you feel the net drawing closer around you. Will you be able to pull it off?

The game has a bit of the feel of something like Scotland Yard or Letters from Whitechapel, in that you have one player with a lot of hidden information trying to get away with something, versus a team of players trying to catch them. In Tragedy Looper, however, you’re not trying to locate a hidden character but instead trying to figure out the identities of all the characters you can see.

Playing with three Protagonists is ideal: if you have fewer players, then it means some players will be playing more than one Protagonist card per turn, and reduces the likelihood of multiple “Forbid Intrigue” cards canceling each other out. Generally, while playing the game, the Protagonists aren’t allowed to discuss strategy except between loops—and you’re never allowed to talk about what cards to play. So having a single player as the three Protagonists means there’s an advantage to knowing all three cards and coordinating actions.

I will admit that the theme can be unsettling, and if you’re uncomfortable with a game that involves murders and suicide, this is probably not for you. Of course, with people cheering for the bad guy in shows like Dexter and Breaking Bad, it might not be a big deal. Just be aware that in this game, people die—sometimes over and over again. It’s like a horror version of Groundhog Day.

Ultimately, I think Tragedy Looper is best for people who love solving puzzles. Remember those logic puzzles where you had to figure out which kid had what pet in which house? Each game of Tragedy Looper is like one of those puzzles, except that the people are moving around and doing things while you try to figure it all out. For some people, that may sound like a nightmare, but for me it’s been a terrific way to spend an evening.

Look for Tragedy Looper at your local game store, or order it from Amazon. 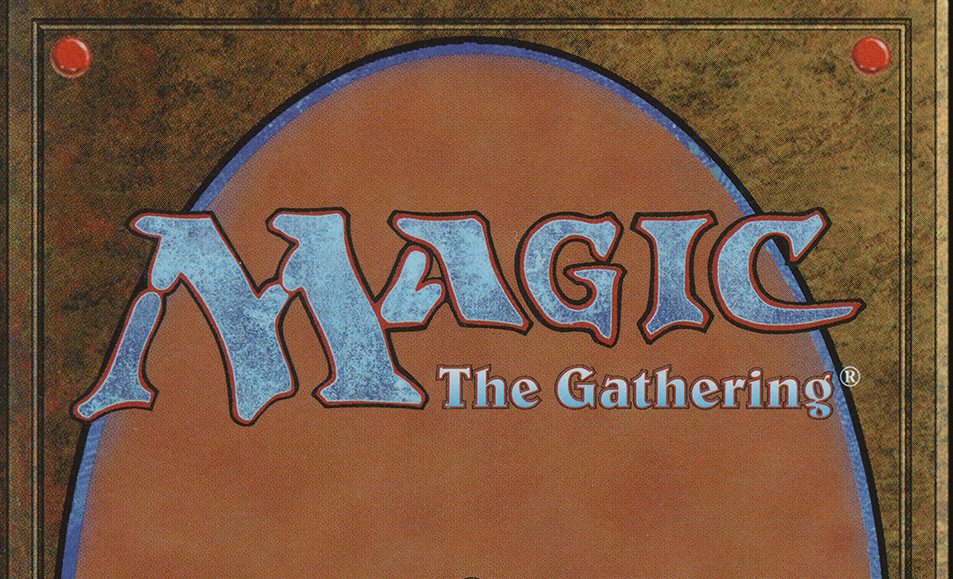 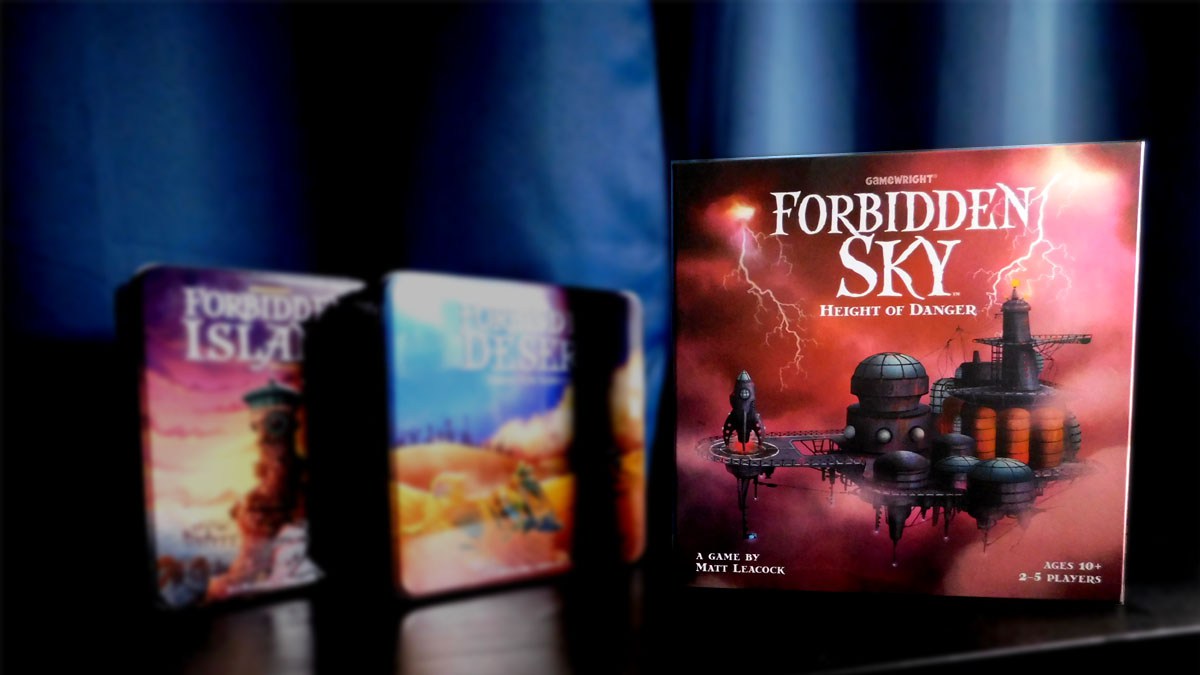 1 thought on “Tragedy Looper: A Puzzle of a Game”