Today’s the day, sports fans; Nintendo’s famed cross-franchise fighting game has finally arrived on next generation… handhelds. Super Smash Bros. for Nintendo 3DS is here, and, while the title is a tad uninspired, there’s a lot to love about this diminutive brawler.

So, wait; this isn’t the Wii U version? Nope. Super Smash Bros. for Wii U isn’t actually due out until the nebulous “Q4 2014.” For now you and yours will have to get by with just this portable iteration.

Okay, got it. So how does it look? Good. Really, really good. While it may or may not be the absolute best looking of first-party titles, developers Sota Ltd. and Namco Bandai did a great job of unifying all of these disparate characters and stages into a single cohesive visual theme. They seem to have used every ounce of the system’s processing power to keep the on-screen action fluid, and tricks like the cell-shaded character outlines can be adjusted so as to make the combatants stand out without seeming unceremoniously pasted into their surroundings.

Cell-shaded? Well, the outlines themselves give the illusion of cell-shading. The game’s graphics overall, however, walk the thin line between realistic and cartoony. In a game with 49 playable fighters – with styles as varied as the minimalist Wii Fit Trainer, the super-chibi Animal Crossing Villager, the iconic Mario, the clever fan service of Mega Man and Pac-Man and both adolescent Toon Link and his grimmer adult counterpart – Nintendo has done the impossible by making each character look and feel like an integral part of a greater whole.

That sounds pretty good. What kind of modes and features does it include? In addition to its massive character select screen and ever-growing selection of stages, Super Smash Bros. 3DS boasts a healthy number of primary and secondary play modes. There’s “Smash,” wherein fighters attempt to launch their opponents off-level using the titular technique and, of course, the “Training” mode for safely determining which character(s) fit your play style. “All-Star” is a survival-style mode that puts you through a veritable gauntlet of opponents presented in chronological order, and “Stadium” mode houses the requisite mini-games. The new “Smash Run” experience is exclusive to this version of SSB, and gives players five minutes to fight through a battlefield to collect power-ups which are ultimately used in a final battle between players after said time limit elapses. The list goes on and on.

So how’s the single-player content? Solid. “Classic” mode moves you through a branching map and includes a Kid Icarus: Uprising–style of adjustable difficulty – you can wager collected gold to increase the challenge level, which also offers better in-game rewards if you manage to be victorious. For me, though, the biggest slice of my single-player time was spent customizing my characters using all the earned items and specials I’d unlocked along the way. Configuring my Mii warrior was great fun, but I soon began tweaking my favorite stock characters as well. You’ll likely also have trouble putting down “Challenge” mode, a grid of goal-based achievements that unlock additional stages, items and trophies.

What about the multiplayer? Okay, when you’re talking about Smash Bros. it’s hard to deny that multiplayer is where it’s at, and despite its portable nature this game is no different. Basically, SSB 3DS offers all the multiplayer bells and whistles of earlier entries, and the single-user aspect of handheld gaming devices only serves to deepen the player’s connection to these offerings. You’re not just bumming a controller at a buddy’s house; you’re playing your way on your system, and your decisions matter. Hell, you can even use your customized characters when playing against your friends.

About the online… Super Smash Bros. for Nintendo 3DS is further proof that Nintendo has finally wrapped its head around the concept of online multiplayer. It offers the insulated environment that parents crave – you won’t find yourself drowning amid a torrent of swear-laden taunts a la Xbox Live – as well as the lack of lag that the more hardcore demand. Nintendo has further split the online offering into those playing “For Fun” (in standard matches with no customization) vs. those playing “For Glory” (ranked play with no items.)

How about the controls? Here’s where things get a little dicey. Smash Bros. supports the second analog controls afforded by the New Nintendo 3DS devices, which won’t be available on our side of the pond until at least 2015, but not the Circle Pad Pro expansion on current-gen models. That being said, do you need dual analogs to play this game? No. However old school Smashers should be aware that the controls are a tad slower and stiffer than in previous iterations. This is especially true with regard to the all-important jump and flick attack controls.

And that explains all the broken Circle Pads? Yes. Yes it does. Super Smash Bros. 3DS doesn’t require that existing players relearn their beloved control system, simply that they modulate it to this new slightly different play environment.

So bottom line it for me; is it worth picking up? Common knowledge says you can’t be all things to all people, but Super Smash Bros. for Nintendo 3DS all but proves this adage wrong. It offers a robust, hardcore multiplayer challenge that’s sure to appeal to fighting game aficionados, but also a fun and breezy single-player experience for the avid handheld gamer. It ain’t perfect, but it’s fun and beautiful and responsive (though in its own way), and it offers a pretty amazing amount of content for the price of admission. SSB 3DS is a game that’s somehow both bigger than its portable constraints and perfectly satisfying in bite-size chunks. 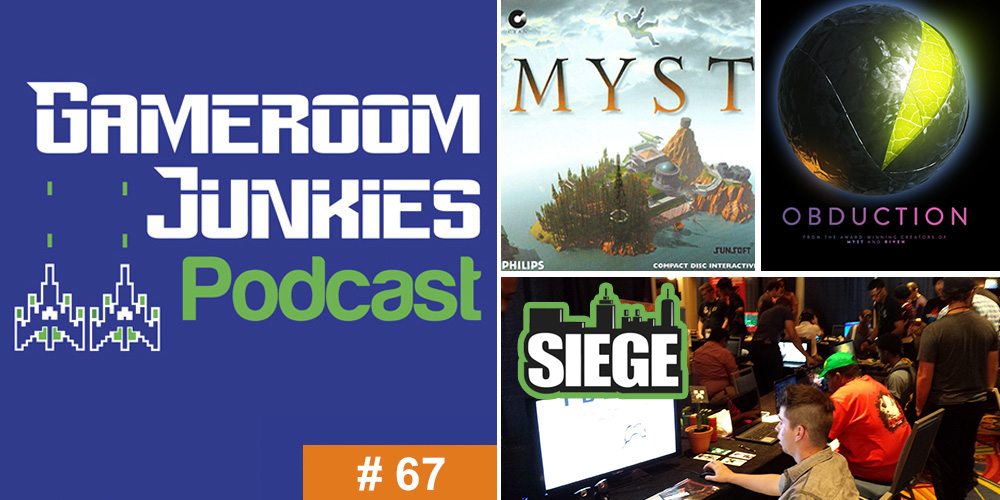 Gameroom Junkies #67: From ‘Myst’ to ‘Obduction’ With Rand Miller at SIEGE

4 thoughts on “10 Things Parents Should Know About Super Smash Bros. for Nintendo 3DS”