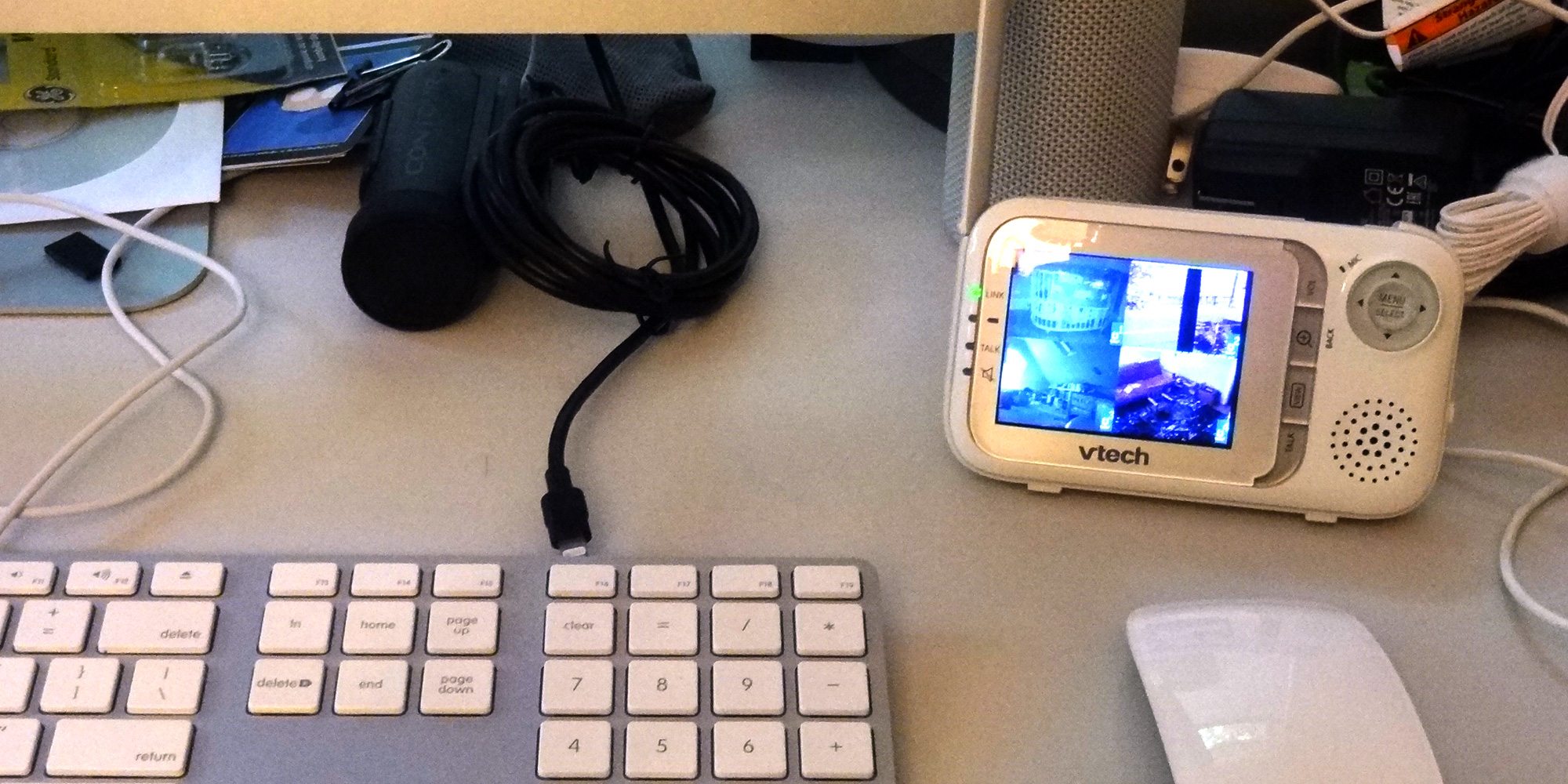 The VM333 video monitor from VTech, this month’s sponsor, comes with a single camera, but you can use up to four cameras at once with it.

VTech sent me a few more camera units so I could try out the multi-camera feature, which has been pretty handy (though not without a few kinks). The monitor unit can pair with up to four cameras, and setup is very easy—it’s a matter of turning on the camera, selecting “pair” on the monitor, and then hitting the pairing button on the camera. The cameras are automatically numbered in the order they were paired.

Once you’ve got that set, you have a few options for how you want to view the cameras. “Single Baby Unit” is the standard: it shows you one camera, and only changes if you hit the “view” button to cycle through all your cameras.

“Split Baby Unit” is what you see above in the photo: it’s a split screen between all four cameras. If you have fewer than four cameras, the screen is still split four ways but only shows two images. The sound cycles through all the available cameras (and is highlighted by some dashed green lines on the screen), but you can also select a particular camera using the control pad, and zoom in to full screen. One thing to note on the split-screen is that the image only updates on one active camera, rather than in real-time for all four.

“Patrol Mode” cycles through all four cameras, about 8 seconds per camera, just showing one image at a time, full screen.

What I tend to do is use the single camera and just select the room I want to watch, but if I’m in the basement and my kids are all over the house, I put it on split screen.

One issue I’ve encountered is that sometimes the cameras have trouble linking before the screen times out. So if I have it on split screen and turn on the unit, I might be waiting for the link to re-establish and then the screen times out, and when I start it up it has to do it all over again. This may be an issue with my house in particular—we live in an old house with lathe-and-plaster walls and I’ve found at times it’s like being in a Faraday cage. Generally I can eventually get the cameras to connect, but it can feel a little slow sometimes.

Still, having the multiple cameras means I can stash them in various places in the house and keep an eye on things while I’m working at my desk or playing games in the basement.