Hi, I’m Jonathan. It’s nice to meet you. Will you buy my book?

That sounds awful, doesn’t it? I mean, if someone came up to you at a party and said that you’d have a word with the host afterwards. Who was that guy? Who did he come with?

What the hell does she see in him?

In my defense, it’s just as awful being the guy who has to say it. It’s the most aggressive sort of small talk and I’m awful at small talk. I mean, I write fantasy books for crying out loud. I’m a nerd. If you want to go in depth about Magic: The Gathering editions, I’m good for it (everything after Revised Edition is watered down and gimmicky, I tell you!). If you want to go head to head on whether Nyarlathotep or Cthulhu would drive you into a deeper pit of insanity, I’m you’re man (Nyarlathotep! I don’t care about rational arguments, it’s Nyarlathotep!). But selling something? Foisting my book at you? Ugh.

I do have a pitch-line to make these conversations go smoother. “No Hero is the Lovecraftian urban fantasy that dares to ask, what would Kurt Russell do?” I can get that bit out OK. It’s afterwards that I run into trouble.

“Well, erm… it’s about this Oxford police detective.” He’s a detective for the first chapter. That’s it. Is that even relevant? “And he, well he sort of gets recruited by this secret government agency.” Oh God, this is embarrassing. I sound like such an idiot. “Because, well, you see, there are these aliens in people’s heads.” Oh I better shut up. No one wants to listen to fifteen minutes of world-building nerdiness. Just end it. “There are a lot of explosions.” That’s not true! I don’t think there are any explosions. There are a whole bunch of action scenes. But explosions? I think that’s a lie. You’re a liar. “And stuff.” Oh nice job. Really sold it there.

And then, not only is there having that conversation, but there’s asking people to let you go on their sites so you can shout, “Buy my book!” at their audience. That’s like asking the hostess of a party to allow you to go there and be the seedy pick-up artist. And half the time you don’t even know the hostess, let alone her guests.

Basically I’m trying to say I’d love for you to buy my book, but honestly I really don’t want to sell it to you. So instead, rather than wasting your time, or the kindness of my hosts, I shall do something I’m more comfortable with. I shall sell you Natania’s book. She let me show up here, after all. And she wrote a book called Pilgrim of the Sky. I doubt she talks about it much here, because she doesn’t want to be that girl the same way I don’t want to be that guy. But it really is awesome. There’s time travel, and parallel dimensions, and love triangles, and all sorts of speculative squee. I blurbed it, I loved it so much. I said it was “A brilliant, eloquent adventure through space, time, and the human heart.” And I meant it too. Because that’s something I’m comfortable shouting from the rooftops.

So go out. Buy that book. Really, buy any book. Reading is awesome. Supporting authors is awesome. Any of them. All of them. As long as you’re having fun, I’m good. And in the mean time, I’ll head off and keep on writing. And if someone a little more trustworthy than the guy who wrote No Hero says something about the book, and you listen to her, well thank you.

Jonathan Wood is an Englishman in New York. There’s a story in there involving falling in love and flunking out of med school, but in the end it all worked out all right, and, quite frankly, the medical community is far better off without him, so we won’t go into it here. His debut novel, No Hero, was described by Publisher’s Weekly as “a funny, dark, rip-roaring adventure with a lot of heart, highly recommended for urban fantasy and light science fiction readers alike.” Barnesandnoble.com listed it has one of the 20 best paranormal fantasies of the past decade, and Charlaine Harris, author of the Sookie Stackhouse novels described it as, “so funny I laughed out loud.” His short fiction has appeared in Weird Tales, Chizine, and Beneath Ceaseless Skies, as well as anthologies such as The Book of Cthulhu 2 and The Best of Beneath Ceaseless Skies, Year One. 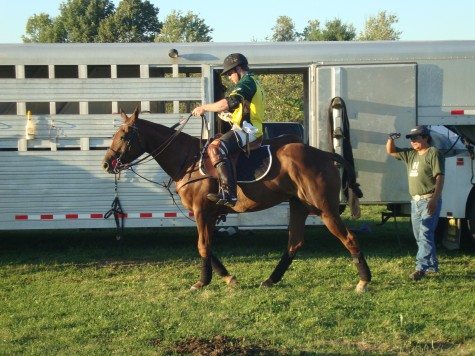 Cheap, Fast, and Dangerous: A Geek Family Guide to Polo

Registration for the Star Wars Half Marathon at Disneyland Opens Today!

1 thought on “I Hate Book Promotion by Jonathan Wood”