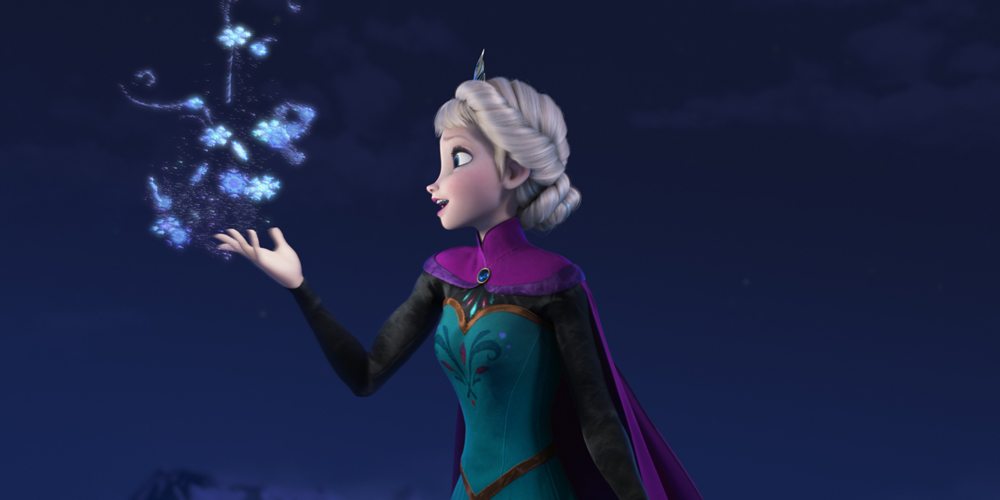 Back in September of last year, I attended an early press day at Disney Studios for its upcoming animated feature, Frozen. When I spoke with the directors, I hadn’t yet seen the film in its entirety. Although I had a sense it would be a success, no one could have predicted just how big it would be.

Frozen has now won two Academy Awards—for best animated feature and best original song—and crossed the billion-dollar mark at the box office, making it the top-grossing original animated film of all time (only the sequel Toy Story 3 has earned more). Stores can’t keep the merchandise on shelves, the soundtrack album was the first to hit number one on the Billboard 200 chart since Titanic, YouTube is filled with cover versions of “Let It Go,” and thanks to John Travolta’s now infamous mangling of her name on the Oscars telecast, Adele Dazeem, er, Idina Menzel, ironically has more name recognition than ever. It seems that the early feminist criticism I argued against in November didn’t have much of an effect after all.

With the home-video release approaching, I had another chance to speak to directors Chris Buck and Jennifer Lee (who also served as co-writer and is the first woman to have a directing credit on a Disney animated feature) during a two-day blogger event organized by the studio to promote the DVD and Blu-ray. Having seen the film this time, I had all sorts of burning new questions for them, so I jumped right in and asked about that remarkable ending. I should warn you now that from this point on there will be spoilers, so if you haven’t seen Frozen and don’t want to know any details of the plot, including the ending, you might want to come back and read the rest of this later.

I wondered if Buck and Lee had taken into account Disney’s rich animation legacy and the modern criticisms of it when they were developing Frozen. I asked them how that played into the story, especially Anna’s climactic act of true love for her sister, something the studio has never done before in an animated film.

“We started realizing in developing it why you had never seen it before,” Lee said. “Because it was a really hard thing to earn, and I mean that emotionally. So that when you get to that moment, it’s surprising, inevitable, and satisfying, and you’re emotionally there. It was amazing in the story process how much if you just lean too heavily one way or the other on the romantic story or the sister story it would fall apart. So I think so much of our development—for a year at least, 14 months straight—was the constant reworking and rebuilding and stripping away and starting anew, just to get to that moment. So I think that that’s why we talk about it a lot, as that was True North the whole time.”

“The idea was, how can we sort of redefine true love?” Buck explained. “What does true love mean? What have we done in the past here at the studio and how can we do something a little bit different? So everybody was on board with that idea—and it just kind of built from there.”

In the finished film, the ending works because of the depth of the love between Anna and Elsa, but that wasn’t always the case. In early versions of the story, the characters weren’t even sisters and until very late in the development process, Elsa was the villain of the piece. In the original source material, Hans Christian Andersen’s folk tale The Snow Queen, the title character is indeed a much darker figure. Lee said they hung on to that concept for so long because they loved the idea of creating an iconic Disney villain. It wasn’t until they heard a demo version of a little song called “Let It Go,” by husband and wife songwriting team Bobby Lopez and Kristen Anderson-Lopez, that the Elsa we now know and love started coming into focus.

“We were struggling with how villainous should she be,” Buck said. “And Bobby and Kristen, they were on the journey with us, so we were all struggling together. And they came up with this song. We talked a lot about it and loved the demo. When we first heard the demo we went, ‘Wow.’ And it was Kristen Lopez singing it. She’s got a great voice. So she gave a lot of power to it, a lot of emotion. And then Jen got to rewrite.”

“The whole movie!” Lee finished with a laugh. “It was an important moment because we could feel the tug of war. What I love about animation is it’s very collaborative. But the challenge is, it’s very collaborative. There were a lot of ideas about the [character of the] snow queen for a year or two of development, and she was the villain. And then there was a new idea of moving away from that. And so you had a tug of war. It’s very important in all storytelling or in any film, you have to be able to prove your point. If you want her to not be villainous, you have to show us why we should want that if we always thought we were going in a different direction. And ‘Let It Go’ was that. It was the day when we showed everyone ‘Let It Go’ we were able to say, ‘This is the potential.'”

The songwriters contributed to the story in other ways, too. Lee recalled that Bobby Lopez was the first one to see the potential when she first suggested that Olaf the snowman could dream about seeing summer.

“I love when a character wants the opposite of what is right for them,” she said. “It’s just a fun thing. And it was just a funny idea to me. I was like, ‘What if he wants summer?’ And a lot of people were like, ‘Oh my god, that’s suicidal! No!’ And then Bobby Lopez went, ‘I think I can get behind that.’ So they wrote [the song ‘In Summer’]. And I think why it works for us is because it’s the only song where we stop and have fun. But if you look at it, it really says everything about innocence. It’s the impossible dream. And there’s something about it, that’s what childhood is. And every now and then, that dream comes true. So I think that’s why it ended up really working and not coming off so mean and sick.”

We got a bit of background on Olaf’s origins as well. Initially, he was part of a whole army of snowmen built by Elsa, only one of which remains in the finished film. Buck described him as “the first pancake,” as in the one you throw away. But when they hit upon the idea that young Anna and Elsa first built him when playing together as children, he became something much more.

“In ‘Let It Go,’ the first thing she does is the last thing they did, in terms of the last time she was happy,” Lee said. “Like, they built this snowman, not magical, but together—and that was her happiest moment with Anna. And then everything went bad. So when she starts ‘Let It Go,’ she goes right back to the last moment she was happy. And it was Olaf. So to us, he’s imbued with the magic of innocent love, of love that’s pure, that’s undamaged and unhurt by life.”

The subject of love came up in our conversation a lot, but it’s only half of the film’s overarching theme. When the filmmakers finally hit on the idea that Anna would represent love and all the good and bad that goes along with it, and that Elsa would represent fear, everything really fell into place.

“Fear becomes the enemy of the film,” Lee said. “That’s when we all just, I think we just knew. We felt it. We’re like, ‘Now we have what we’ve been looking for.'”

Look for Frozen now on digital download and on DVD and Blu-ray beginning March 15.

Fed Up With Food: The Case of the BIG COOKIE 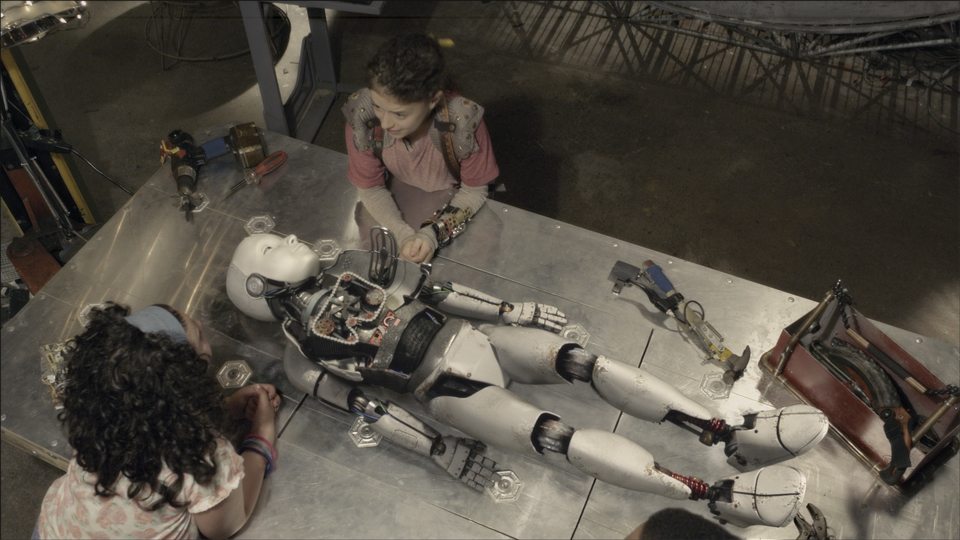