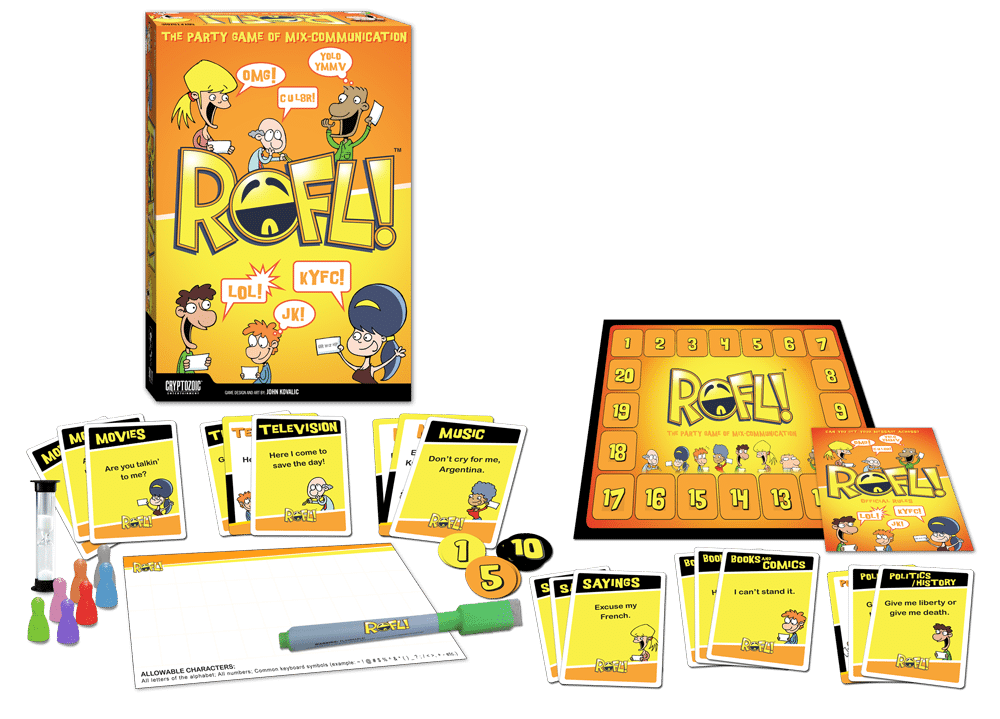 Though I feel a bit out of my element playing this game (get off my lawn), John Kovalic, who is older than I am, has created a really fun, fast paced, tabletop masterpiece at which the youth of today should excel. At least the ones who love LOLspeak.

ROFL, created, designed, and drawn by John Kovalic, has finally been released by Cryptozoic Entertainment. Designed to be played with 3-7 players, it’s a great game for groups of all sizes, and the playtime is very fast for small groups. Perfect for when you’re waiting around for other players to arrive, or when you’re waiting for the other half of your guests to finish their game. Players can even jump in mid-game. It’s also perfect for a palate cleanser between longer or more serious games.

The idea of ROFL is to take phrases or sentences and shorten them, using as few characters as possible (not including spaces), and still make them decipherable to the guesser, such as some people might when they are texting. The non-guessers compete with each other and against time to bid the shortest number of characters. They also have to write down their answer on their erasable whiteboards as quickly as possible. When time is up, the guesser looks at what the person with the lowest bid wrote down. If he or she can’t guess it correctly, the second lowest bid gets a chance, etc.

Play rotates so that everyone gets to guess in turn, and the game is over when you’ve gone around three times. Score is kept with tokens of denominations of 1, 5, and 10.

How does it play? The instructions are straight forward, and it’s easy to learn what you’re doing. Play is fast, and the list of allowed characters printed on each whiteboard card is very handy. The boards are even color coordinated to each player’s piece so there is no doubt of whose answer is whose.

Some of the phrases and sentences are pretty easy to shorten, and more than one person can end up with the same answer. In these cases, speed is key. But some of the phrases are long, and difficult to shorten. Experience and creativity come in handy here. The game creates a real party atmosphere, and is probably the most fun when played with larger groups. Lively people will certainly add to the fun.

My only complaints about the game are these: Not all of the dry-erase markers work well, but that’s a problem with any game that includes them. You can always supplement with other dry-erase markers. Also, it’s hard to hide what you’re writing on your whiteboard, so fold-up screens would come in handy.

Final assessment? The game is a hoot, and John’s signature artwork adds to the smiles and laughs.

ROFL retails for $34.99 and is a great party game for groups of all sizes. Participants should be old enough to know some LOLspeak, and the game recommends that they be 13 and up. 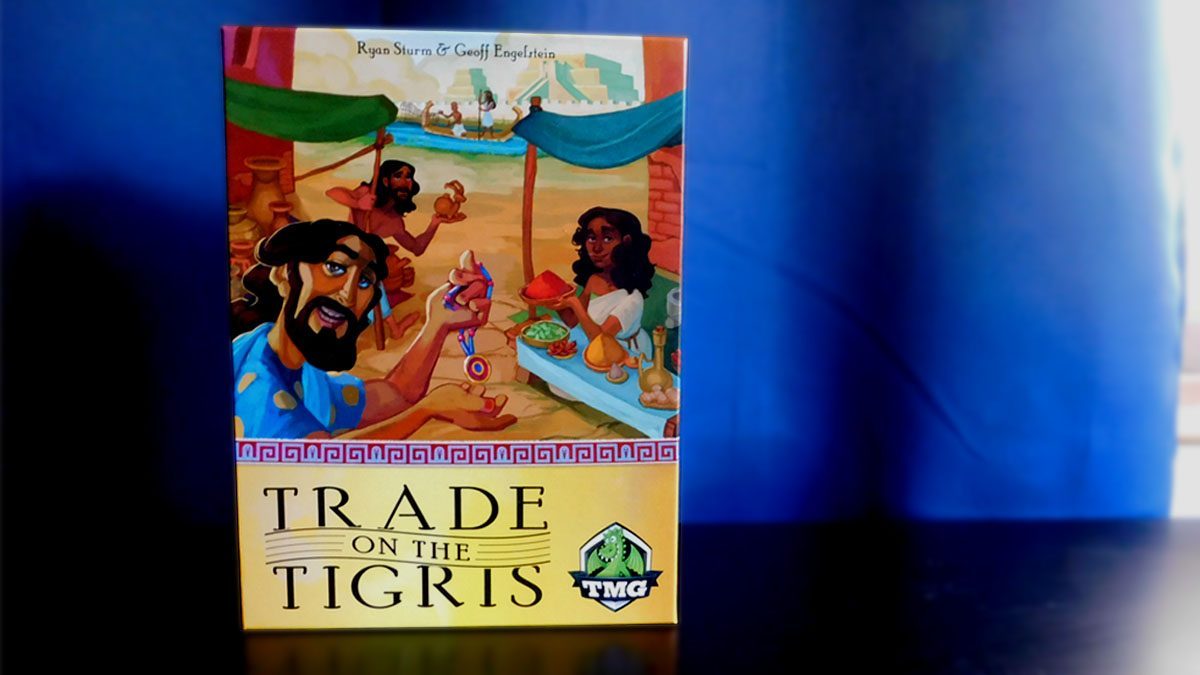 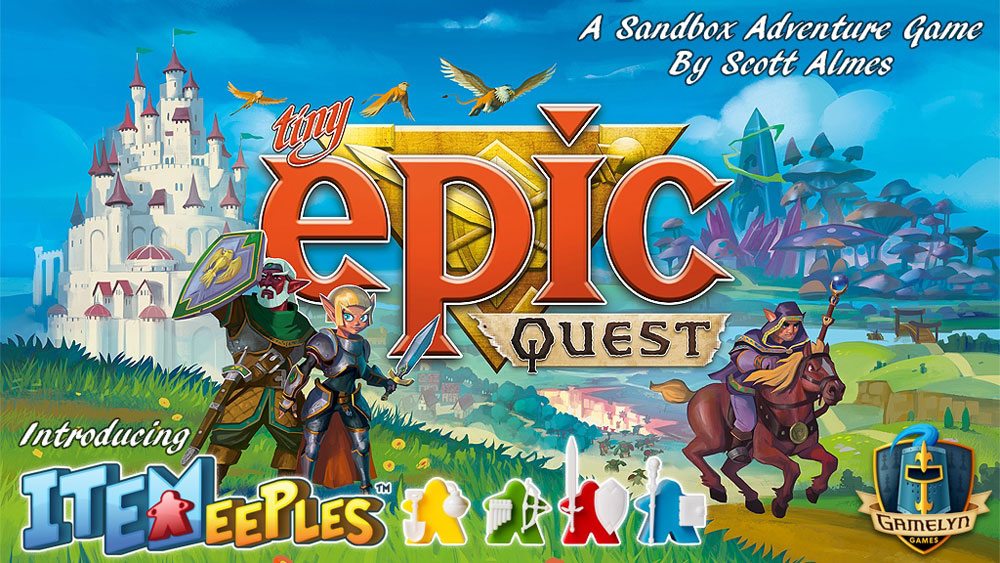 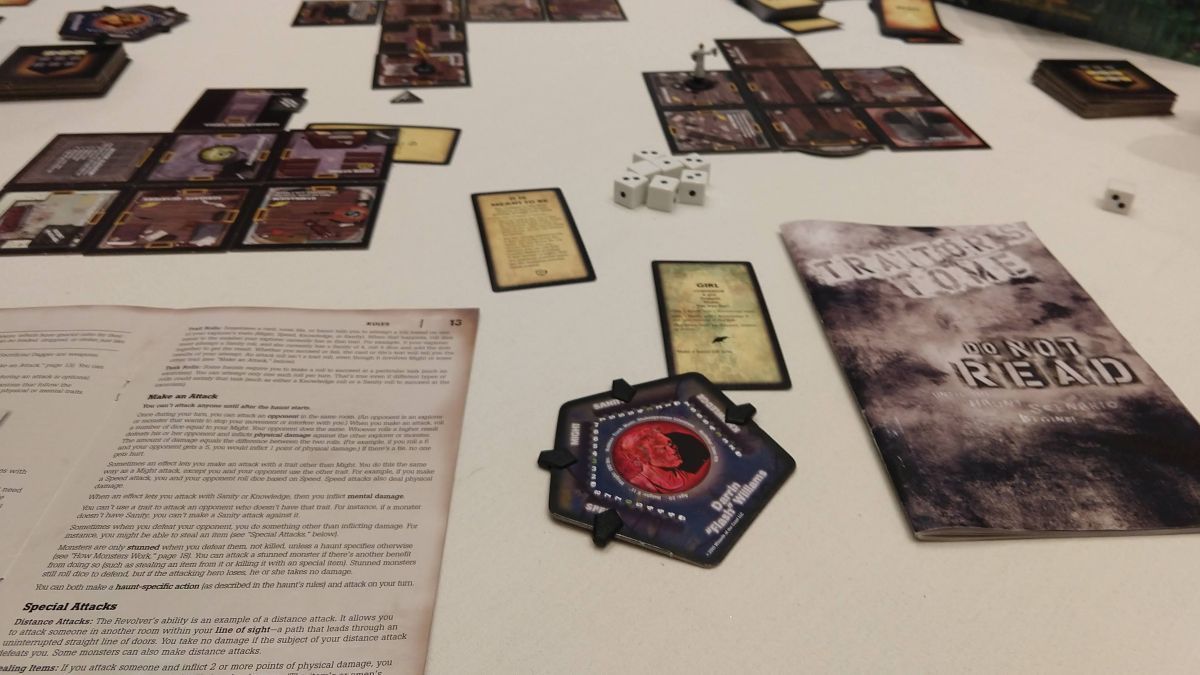