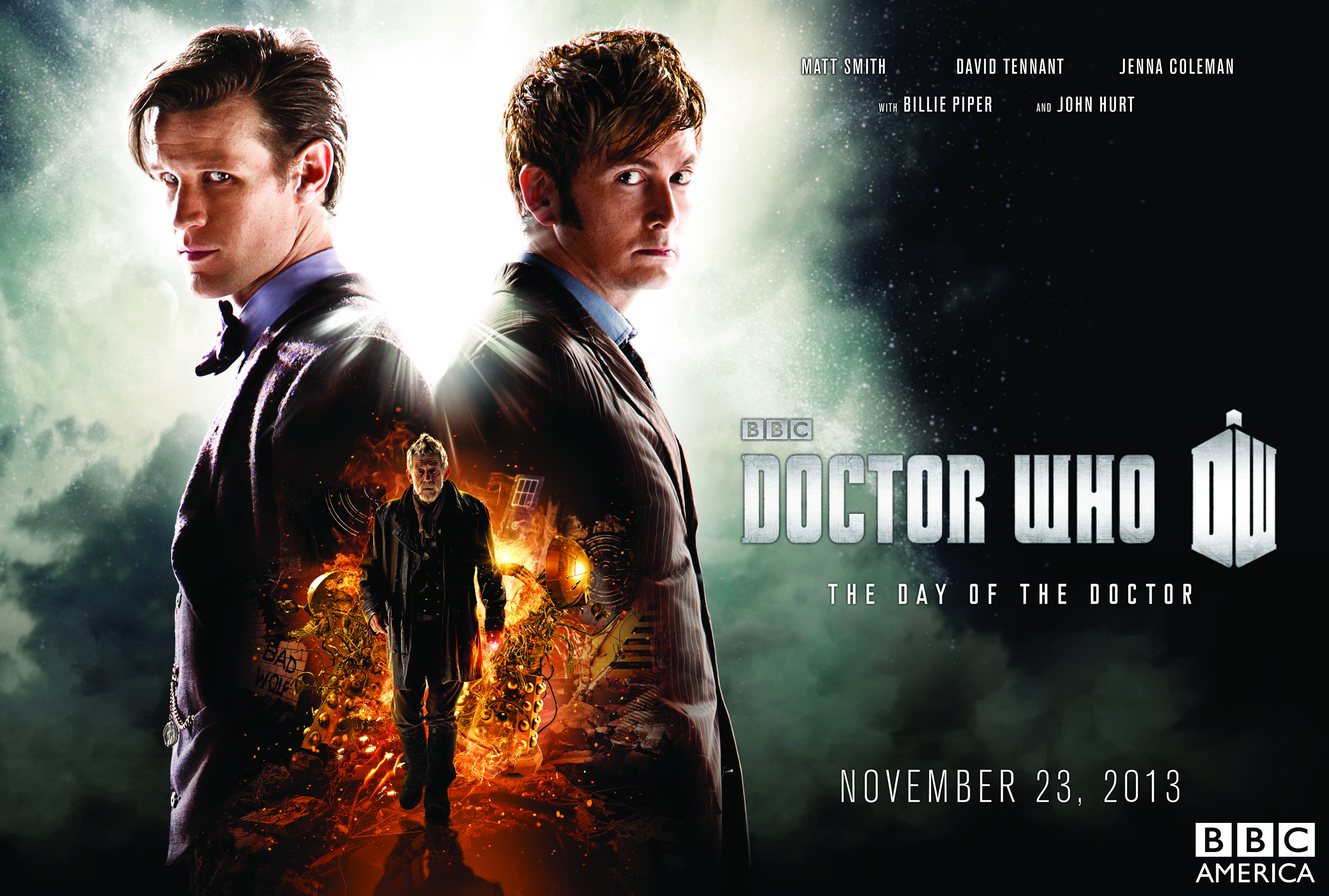 Just out today, BBC America will be turning over the keys to the good Doctor all week starting November 18th, with marathons, documentaries, and some exciting guests.

BBC AMERICA will present a week-long Doctor Who Takeover starting Monday, November 18, at 9:00am ET with marathons of favorite Doctors leading into new specials including a look into the science behind the iconic series with rock star-turned-physicist Professor Brian Cox (Wonders of the Universe, Wonders of the Solar System). The primetime specials will roll out throughout the week with Doctor Who: Tales from the TARDIS premiering Monday, November 18,9:00pm ET followed by The Science of Doctor Who with Brian Cox at 10:00pm ET, Doctor Who Explained on Friday, November 22, 8:00pm ET, and a look back at Matt Smith’s time on the iconic series, Doctor Who: The Doctors Revisited –The Eleventh Doctor on Sunday, November 24, 8:00pm ET.

In addition, BBC AMERICA will premiere the new film An Adventure in Space and Time on Friday, November 22, 9:00pm ET. From Sherlock co-creator Mark Gatiss and directed by Terry McDonough (Breaking Bad), the film starring David Bradley (Game of Thrones, Broadchurch), Jessica Raine (Call the Midwife), Sacha Dhawan (After Earth) and Brian Cox (The Bourne Identity, X2: X-Men United) tells the story of the genesis of Doctor Who and the unlikely production team behind the series.

While you are waiting, check out this all too brief teaser from the episode.

New Teenage Mutant Ninja Turtles Series Is Great Fun, Even Without the ‘Cowabunga’