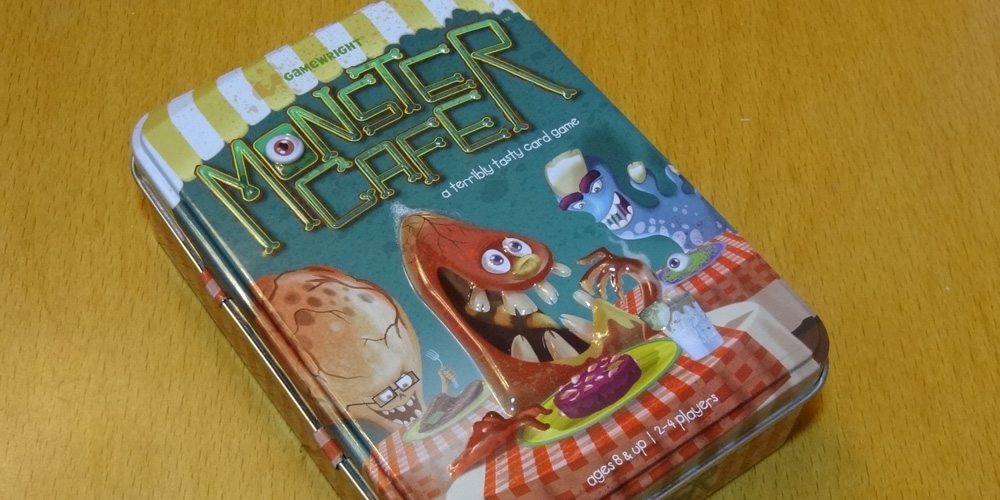 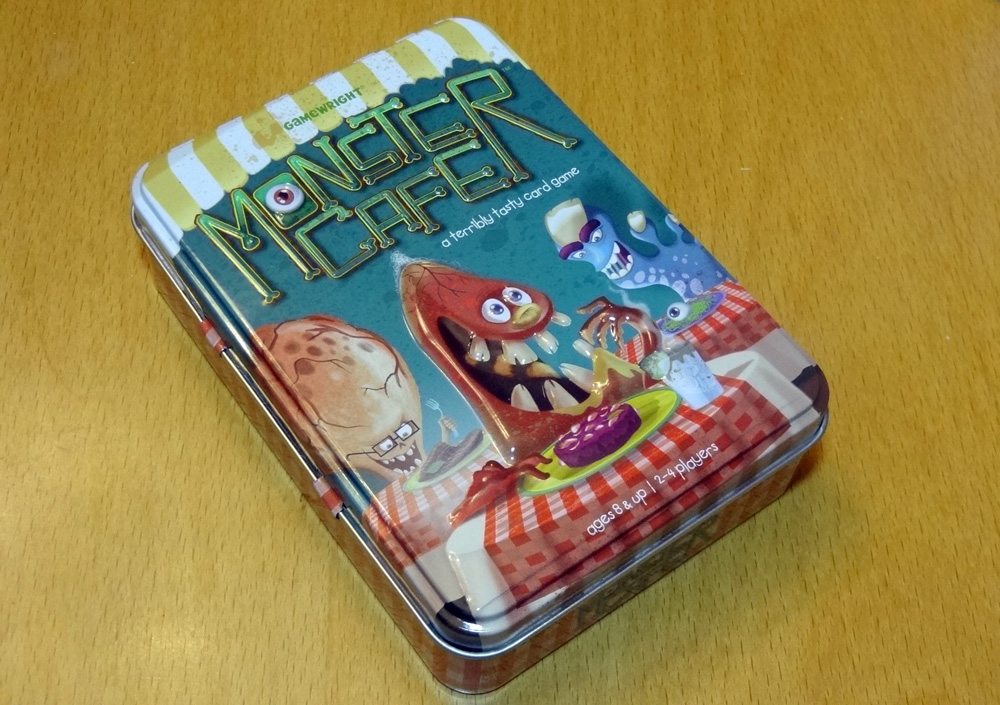 Here at GeekDad we’re big fans of Gamewright, which is known for some great family-friendly games. Some of them tend to be just for kids, but many are great for both kids and adults (like Forbidden Desert, for instance). Monster Cafe is one of their recent releases, and they sent me a copy to try out.

The theme is pretty silly: hungry monsters who want to eat disgusting things, like spaghetti & eyeballs or a B.B.L.T. (that’s belly button lint tomato, in case you wanted to know). Your goal is to collect a lot of monsters and the proper food to feed them, and avoid being stuck with hungry monsters who have nothing to eat. Oh, and there’s the dreaded lemon sorbet, but we’ll get to that.

To set up, you divide the Table deck from the Monster deck and shuffle each separately. Each player starts with one monster card that is just set off to the side. In the center of the table, you’ll set out four of the table cards in a 4-player game. (The 2- and 3-player rules have some variations.)

On each turn, the active player gets to either flip over a monster card and add it to a table, or take a table and all the monsters that are sitting there. Each table can hold up to four monsters (one per side) and you may only take a table that has at least one monster. Also, once you’ve taken a table, you’re done for the round until each player has taken a table. When all the tables are gone you deal out another set of tables and play again, until the Table deck is gone.

There are two other cards—the “anything eater” and the lemon sorbet. The anything eater is a wild card: you can decide at the end of the game what foods it wants to eat. The lemon sorbet, however, scares away monsters (who are afraid of its refreshing taste). If you draw one from the Monster deck, you must discard one type of monster that you’ve already collected. This is bad if you just have monsters that are being fed, but you can also get rid of unwanted hungry monsters this way.

At the end of the game, you organize your monsters by type and compare them to the foods you’ve collected. If you have the right type of food (just one is enough), then each monster that likes that food is worth a point. If you have two of the same food, each matching monster is worth double. And any monsters you have who don’t get to eat cost you a point.

For 3 players, you remove two sets of monsters and corresponding tables before starting, and only three tables are set out at a time. For the 2-player game, you play as the 3-player, but there’s an extra table leftover each round that just gets discarded.

A lot of Gamewright’s boxes come in metal tins with hinged lids, which is a great way to protect the game inside, particularly if you carry them around for portable gaming. The tin for Monster Cafe is pretty cute, too. However, with the raised text and monster on the cover, you can’t really stack anything on top of the box easily.

Also, as you can see from the photo above, the cards themselves are actually fairly small squares. That’s good for gameplay, because four tables with four monsters each can take up a lot of space, and I can’t imagine trying to do that with larger cards. However, it also means that the tin could have been much tinier, closer to the size of the box for Iota, another newer Gamewright game. That would have made it pocket-sized, which would be great. Even so, it’s not a huge box so I’ll probably just leave it in the tin usually.

The cards themselves are decent quality, but not super. They tend to curve just a little, and small square cards can be hard to shuffle properly. But, again, the small size is best for the actual gameplay.

The artwork is adorably disgusting. Unless you have a particular weakness for gross jokes (and if so, maybe you should avoid small children!), it shouldn’t bother you much. Well, except for the toenails. Ewwww. I do agree with my kids that it seems a little strange that all of the creatures look like the food that they like to eat, but it does make it easier to match up foods and monsters.

The gameplay reminds me a lot of Coloretto, another favorite—in that game, you also have a choice to flip over a card to add to a pile or take a pile. However, matching the tables and monsters is a different sort of scoring mechanism, and one that is easier for younger players to understand.

That choice—flip or take—seems like a very simple action for your turn, but it’s a great example of a choice that makes the game meaningful. If there’s a table out there that currently has something you like, you could take it—but unless it’s already full, there’s a chance that you’re missing out on getting even more things you want. Also, each time you flip over a monster, deciding where to put it can be a dilemma. If the monster you flipped matches an available table, you often don’t want to place it there, because then the next player may take it before it comes back to your turn again.

Although the rules can be taught to younger players, I think it will take some practice before my daughters really start to figure out the strategy. The six-year-old is too eager to put monsters at matching tables, and the nine-year-old is too quick to take a single monster at a table for fear of losing points. I was showing them how you can look at what other people have already collected to know what combinations they will or won’t take. That, and if you have a bunch of unfed monsters, then you’ll want to make sure that you get the matching food on a subsequent round—that’s easiest if you load up that particular table with non-matching monsters that you can already feed but nobody else can.

All in all, Monster Cafe is a pretty fun game that plays quickly, and I can see it being one of my go-to options for a quick game night opener or something I can throw in my pocket (maybe without the tin) to take along when we’re out. 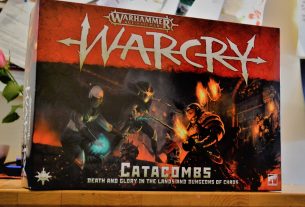 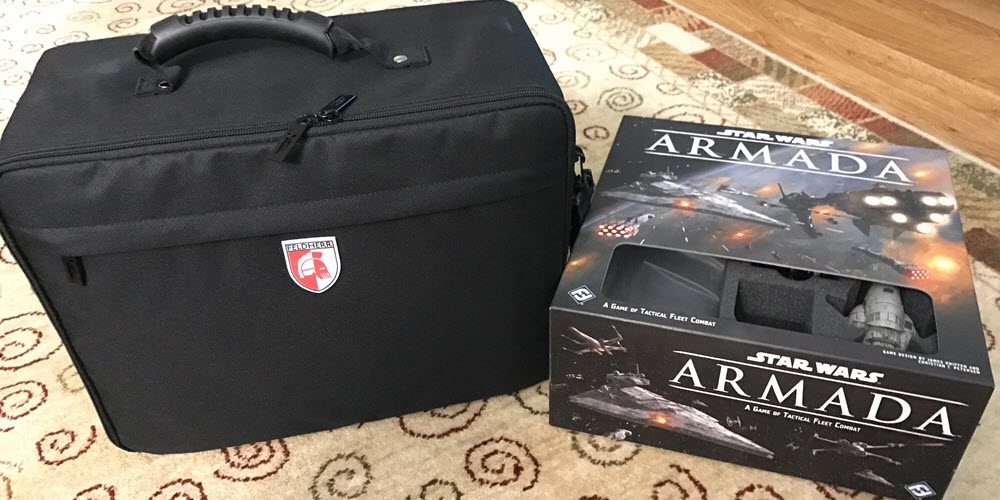