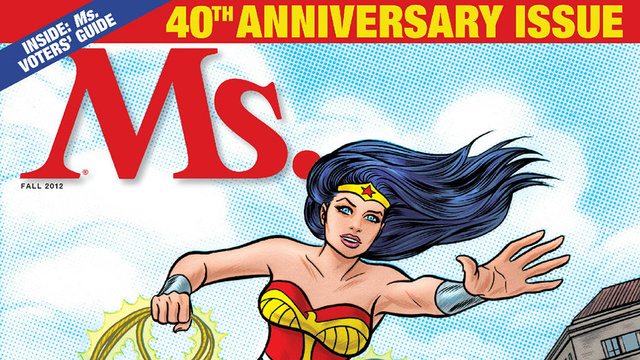 This week’s adventure climbing the cliffs of insanity is all about the Amazon Princess. It relates back to last week’s post about superhero movies, not so much as a call for a Wonder Woman movie, but a recognition that superheroes are icons and sources of inspiration beyond their basic storytelling purpose and, in this role, Wonder Woman is the premier superhero feminist icon.

Except, apparently, those that keep trying to make her otherwise.

Lo, those many years ago, before even my ancient memory kicks in, Wonder Woman was depowered as part of DC Comics’ attempt to revamp the character and make her more modern. This revamp included a break from the Amazons, ditching her previous costume, clothing her all in white, taking away much of her powers, and giving her a (male) martial arts mentor.

The idea was to model Diana after Emma Peel in the then-popular The Avengers rather than her previous Wonder Woman-self. Not a bad idea except, well, this was Wonder Woman. It was putting a square peg in a round hole. I can’t imagine, for example, revamping Superman and making him resemble Mr. Steed in an attempt to keep up with the times.

Feminists, particularly Gloria Steinem, were so disturbed by this revamp that they put classic Wonder Woman on the first cover of Ms. magazine. As a callback, Wonder Woman was also featured on the magazine’s 40th anniversary cover in 2012.

Why do I bring this up again?

Because it seems, once again, in an attempt to revitalize the character, DC is going in the wrong direction. And because these changes to a feminist icon don’t happen in a vacuum. They happen in a world where women are still fighting for some basic rights, even to the point of having to listen to politicians talk about “legitimate rape.”

It’s in this environment that DC Comics announced this week a new Superman/Wonder Woman series that focuses on the romance between the two characters, a romance that thus far comic audiences have greeted with a shrug.

It’s part of a disturbing overall pattern with DC Comics, a pattern that saw nearly every marriage among DC heroes waved away, a pattern that includes a DC editor calling Lois Lane a “trophy wife,” and a pattern that completely wiped away the backstories of the female main characters of the long-running Birds of Prey series.

Problem #1: Devaluation of the Amazons.

At this point, the Amazons are like Kenny on South Park or kid sidekicks in the DCU. Omigod, they killed them! If not killed, then turned them evil, with happened in Flashpoint, which reset the current DC Universe, or in the current DC Universe, where they’ve been turned into a batch of murderers and child slavers, with a lot of implications that their “seduction” of male sailors was coerced.

That an all-women society views men as useless save for sperm banks is, at the best, unfortunate, and, at the worst, misogynistic. And it also doesn’t make any sense as part of Wonder Woman’s backstory because she’s still presented in the same comic as an avatar of truth and protector of the innocent, the person specially chosen to help others live up to Amazonian ideals.

Except if the Amazons are murderers and slavers, how the heck did she absorb those qualities that her people were supposed to possess?

It makes no story sense whatsoever.

Why is this a problem? Well, the series itself seems to be a grab at the lowest common denominator, especially ones who  are waiting to see Superman and Wonder Woman “bone” as it was put during a Twitter exchange with the writer of the series, Charles Soule. (He seems like a very good guy but I’m talking about his story choices, not Soule as a person.)

There’s also the issue of putting Lois Lane yet further into the background, which I believe in a horrible story choice but it’s also horrible marketing synergy, given that the success of Man of Steel on the big screen, which features Lois.

But, most of all, it’s a problem because this book becomes “Superman’s girlfriend, Wonder Woman.” This relationship isn’t new, it was developed in the pages of Justice League, there was a story in the Valentine’s special about the pair. And aside from the initial announcement, which caused a minor stir, it’s been meet with indifference.

I say this as a romance writer.

Superman and Wonder Woman is too much of the same. It’s similar to similar. Similar power structure, similar looks, even similar approaches to battle. They’re far more like siblings than they are romantic partners.

Problem #3: Wonder Woman Should Have Her Own Story

From the very start, Wonder Woman was created as a feminist counter to Superman. She was consciously created to be a role model for girls: a powerful, intelligent women that girls and women could emulate. Yes, there are also some other elements to her original creation that are tied into “loving submission” and bondage/domination but first and foremost, William Marston Moulton and the two women in his life, wanted Wonder Woman to be a beacon to women who aspired to be their very best.

Romance certainly doesn’t interfere with that. Steve Trevor is present very early in Wonder Woman’s backstory. But a romance with Superman does interfere with that, as it automatically puts her in a secondary position. Want evidence? Just look at the cover tease for Superman-Wonder Woman, in which he’s taller. She’s an Amazon. It’s been fully established she’s taller. And if you think that’s silly, just read the Valentine’s Special and some of their interactions. He’s the teacher, she’s the student, he’s the one that tells her stuff.

She’s in the secondary position. As Zack Smith, a writer for MTV Geek and Newsarama said on Twitter: “Wow, after 70+ years, Wonder Woman gets a title where she’s OFFICIALLY defined by a relationship.”

There’s a story problem too. By making Superman such a prominent part of Wonder Woman’s story, it prevents her own background and supporting cast from being developed. Think how the Daily Planet is such a part of the Superman mythos, as are Ma and Pa Kent and Smallville.

Wonder Woman deserves a fully developed cast and setting as well, one that belongs just to her. One of the reasons her comic hasn’t sold well is that because she keeps being constantly “rebooted” so the background and setting put together by one creative team vanishes, is replaced by another, and that vanishes again. Superman, even eventually as her ex, looms over all of this and basically becomes this huge part of her character.

But, most of all, the current storytelling choices at DC Comics seem to be blind to what they have in Wonder Woman. She’s quite possibly the most famous fictional women on the planet. Instead, they keep trying to put her in this box where she’s “more relatable” to men by giving her “daddy issues,” and making her younger and sexier, and having the uber-male of the DC universe sex her all up so her feminist cooties don’t show.

DC, this isn’t last year’s direct market. You have the power of digital. Via digital release, either Comixology or elsewhere, you could reach a huge potential audience of women by embracing what Wonder Woman is and telling great stories that embrace who she is.

DC is sitting on a potential gold mine with Wonder Woman and the female audience. To understand her potential impact, you have only to watch the Wonder Women: The Untold Story of American Superheroines.

Instead, the powers that be at DC editorial seem bent on remaking her so the mostly male direct comic reading audience will like her better and won’t think of her as having female cooties.

My message to DC Comics: 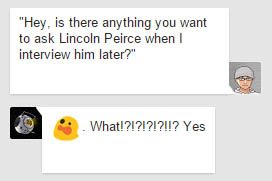 The Hobbit Teaser Trailer is Here!

6 thoughts on “The Cliffs of Insanity: Wonder Woman”