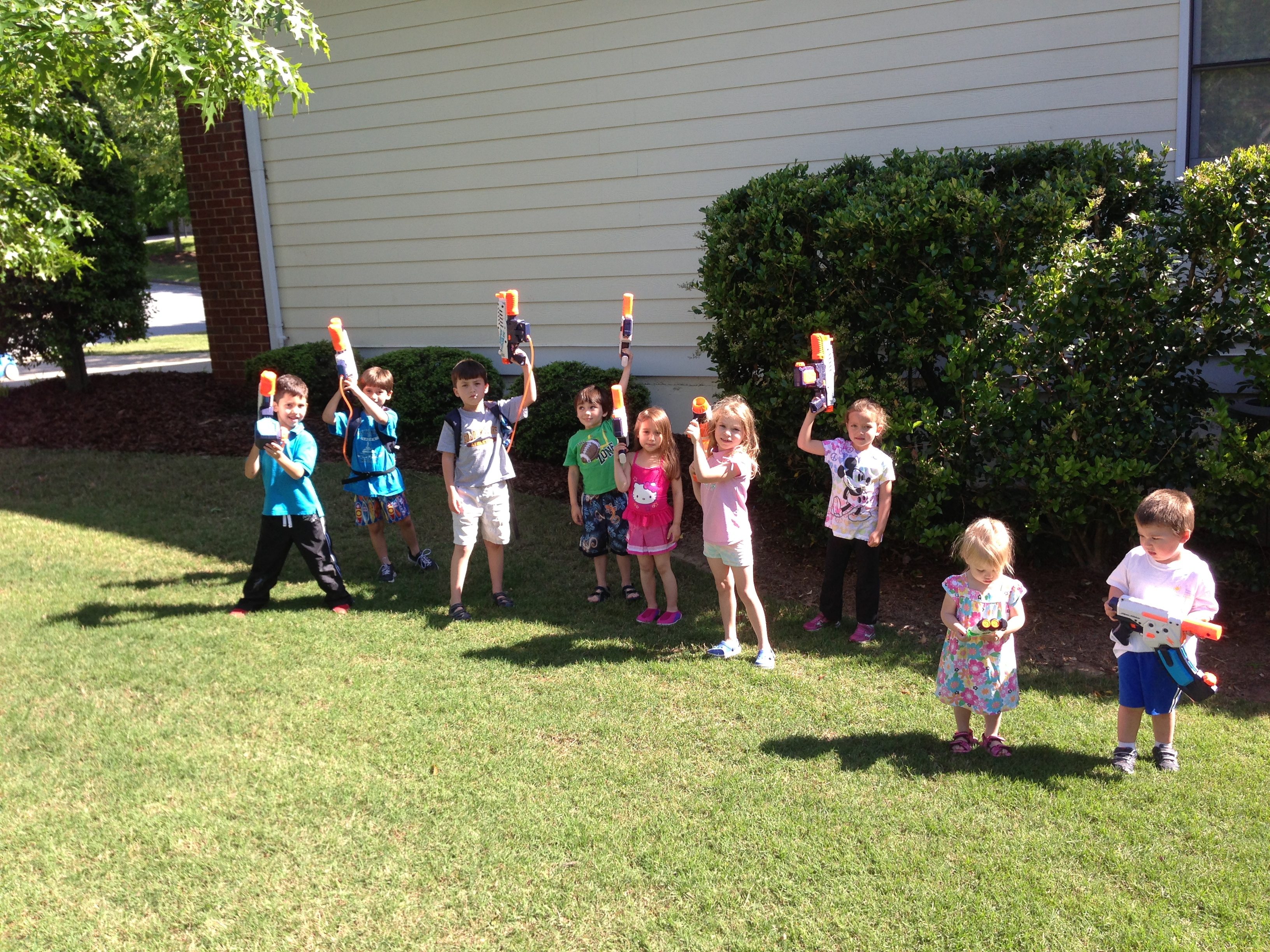 The sun was shining, and the birds were singing on that second Sunday in May 2013, and there was a buzz in the air. Excitement mixed with a dose of nervousness. Lines were being drawn. Alliances were formed. Plans created.

Okay… that’s a complete lie. It was me. I had the kids standing in front of me as I explained some ground rules about the upcoming water fight. Boundaries. Safe spots for refill. The mothers are off limits. You get the picture. I was filling up a large tub with water for refills with the hose, telling the kids to wait… wait… get ready… get ready…

And then I hosed ’em. Good and cold. All of them ran screaming away except for my three year old who took it a bit too personally and cried for his Mommy, pointing his finger at me and making me feel pretty awful for a few seconds.

But then I got over it as four of the neighborhood kids decided on a frontal attack, Super Soakers loaded with cold water and pointed in my direction. Three other kids were busy screaming and laughing elsewhere as they discovered just how cold the water really was inside their new Super Soakers. 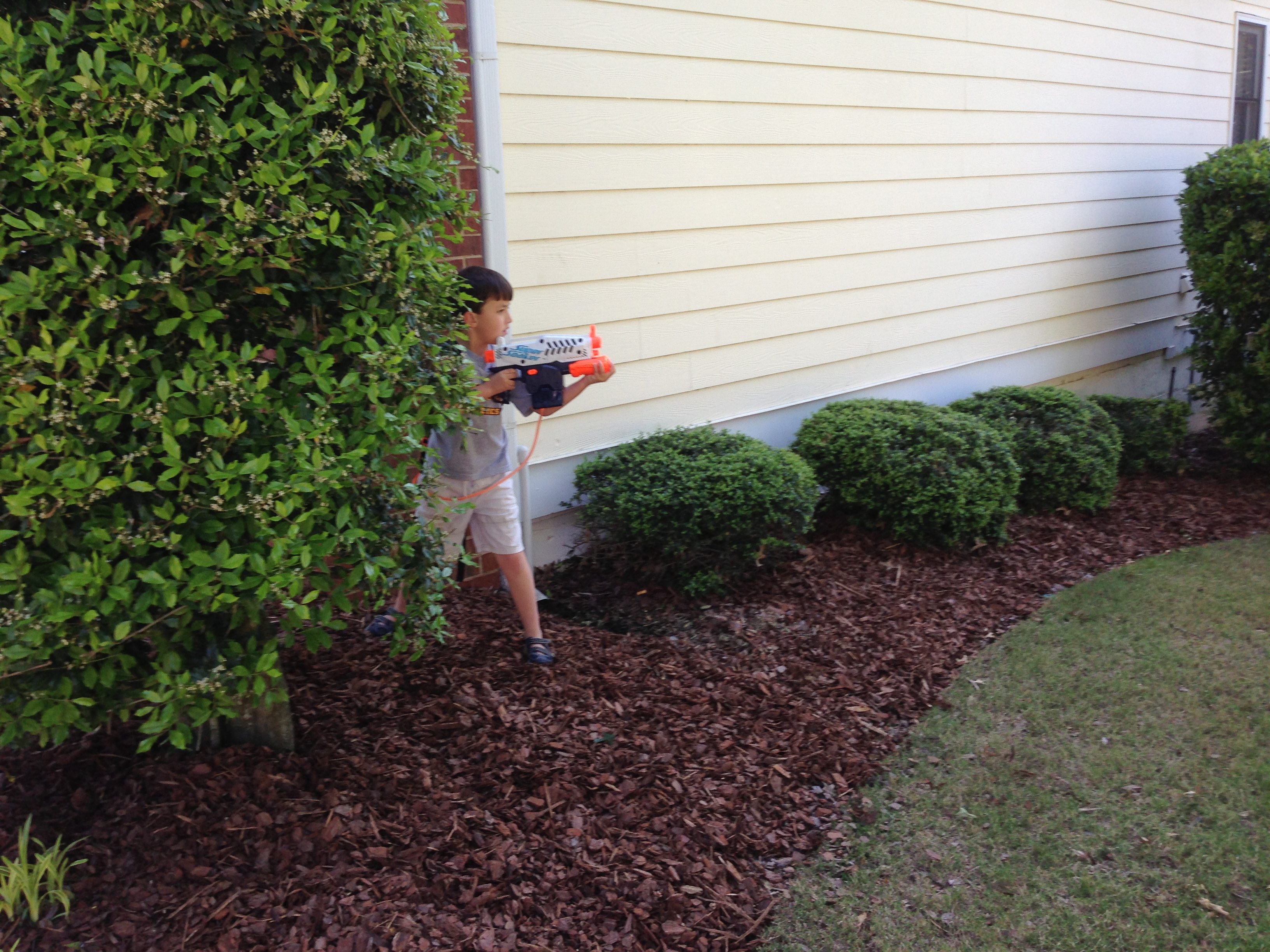 It was a nice, sun-shining Mother’s Day, and the parents in my neighborhood had a safety zone where they could watch and laugh as the kids had a great time. All of them were outfitted with some of the newest NERF Super Soakers provided for “testing” purposes. Well, what better way to put them to the test than to put them in the hands of eight kids, ages 2 to 8, right? Two adults (myself and Tom) were issued inferior non-NERF water guns, and we did our best to fight back… but we were simply out-numbered and out-watered.

Out-watered? Yes, quite simply, the kids had access to superior water-power. Let me explain.

First, if you’re not familiar with Super Soakers, you should know this is a brand that’s been around since 1990… invented by Lonnie Johnson. It’s gone through a number of re-designs, but it’s the latest design that I want to talk about. Current Super Soakers use a standard water-clip system that allows you to mix and match the water clips. Water clips come in a variety of sizes… the smaller 15 ounce mini-clips all the way up to the new 100 ounce Hydro Pack system. In between are the 20/25 ounce banana-clip and the new Ice-clip that has a wide-mouth refill hole for tossing in some ice cubes to really wake up your target.

NERF provided me with two new models — the Arctic Shock Water Blaster and Switchshot Water Blaster. I already owned three of the Thunderstorm models, and I loved that I could use any of the new water clip options or even the Hydro Pack with these earlier model Super Soakers.

The Arctic Shock and Switchshot models are all pump action. After inserting a clip or connecting to a Hydro Pack, you pull back on the forward-mounted pump to fire and then push forward again to draw water into the reservoir for the next shot. Both models were surprising in the distance they could fire… my six year old son enjoyed staying just out of range of my no-name-brand cheap-o water cannon while he sprayed me with freezing water as fast as he could pump. The Switchshot even comes with a nozzle that can be rotated to allow for four different spray options — he quickly figured out which one allowed for the longest spray as well as the one that delivered the most water per shot. And with the 100 ounce Hydro Pack, he and his partner-in-crime just never seemed to run out of water. 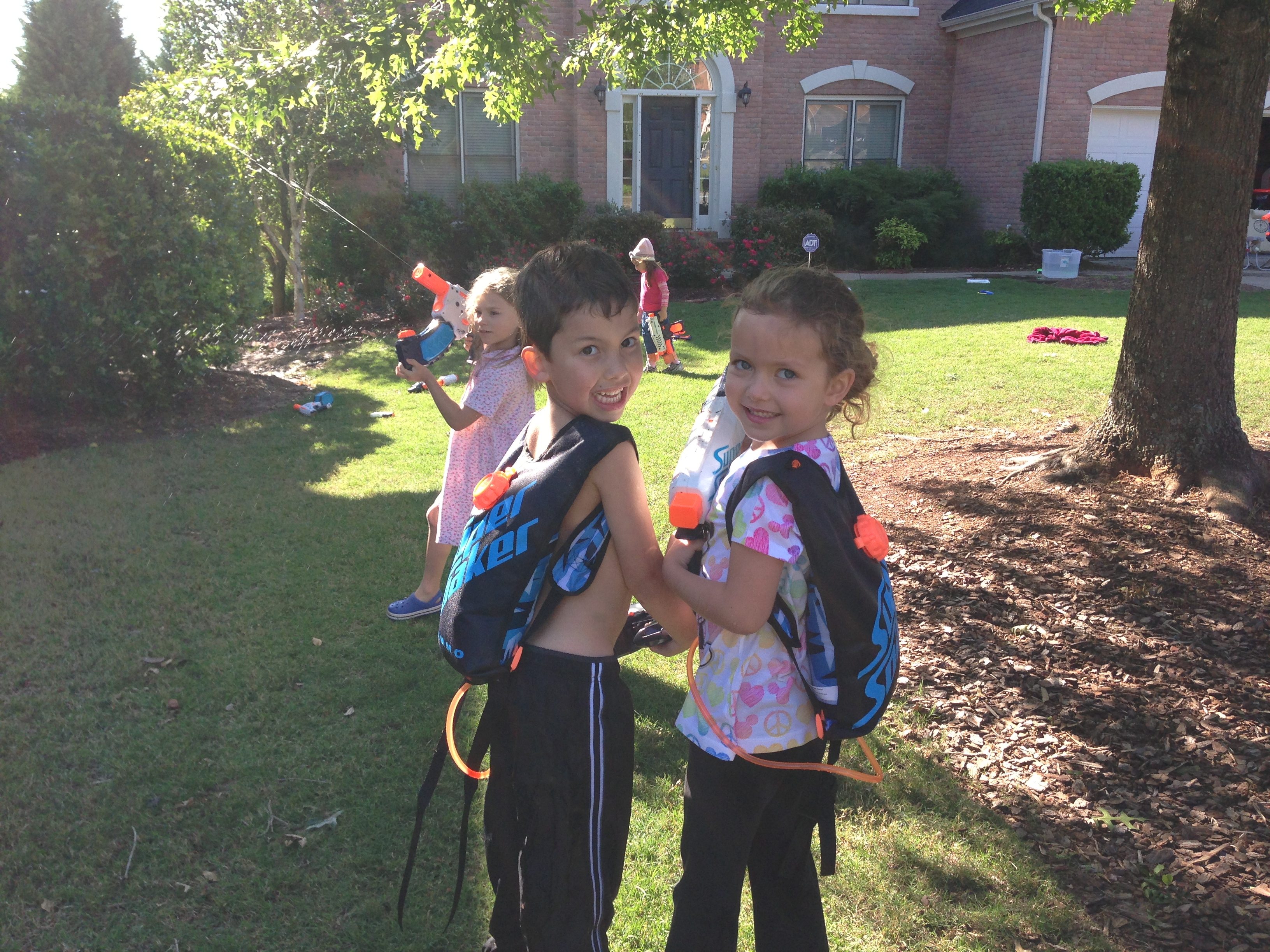 You might not think 20/25 ounces would last long, but I’d beg to differ. Mounted in the older Thunderstorm model, my three year old just held the trigger down (this model uses batteries to power an internal pump) and seemed to spray and spray and spray. It has a smaller nozzle, so targets aren’t going to get super drenched (unlike the Switchshot that can dispense large amounts of water at once), but for the younger kids who weren’t able to refill their own Super Soakers or figure out the pump-action firing, the Thunderstorm model is really the way to go.

But for the older kids, all they wanted were the Arctic Shock and Switchshot models. I only had two Hydro Packs, so we had to take turns using it. Again, these 100 ounce containers seem to last forever, so I had to get creative. 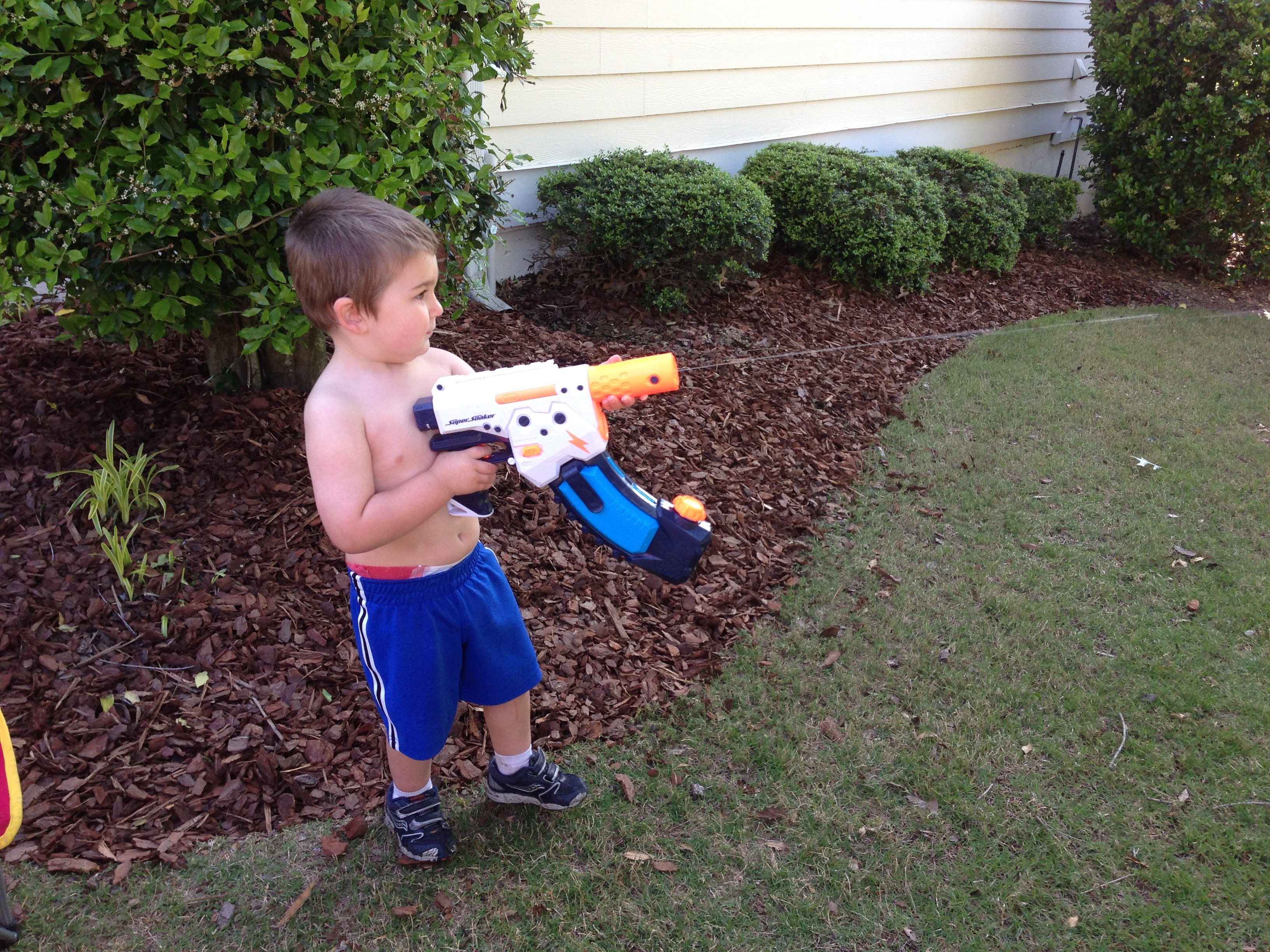 Parents, here’s a PRO TIP for you when your kid with a Hydro Pack just laughs and laughs, thinking he’s just so smart. If you can manage to grab the kid, it’s a simple matter to unscrew the lid near the top (just behind the kid’s neck) and then give them a big ol’ hug! Reach around and squeeze that backpack nice and good… lean back a bit and let the water do the work. Icy cold water, running down your target’s back, reminds them that you are faster and smarter (for the moment).

On this particular day, the sun was shining but the water from the hose was really cold. The Ice-Clip that comes with the Arctic Shock would have been great on a hotter day, but given the water’s temperature, I don’t think the kids were able to tell that I had snuck a few ice cubes into the containers. Still, it’s a great idea for evening things up against backpack carriers. 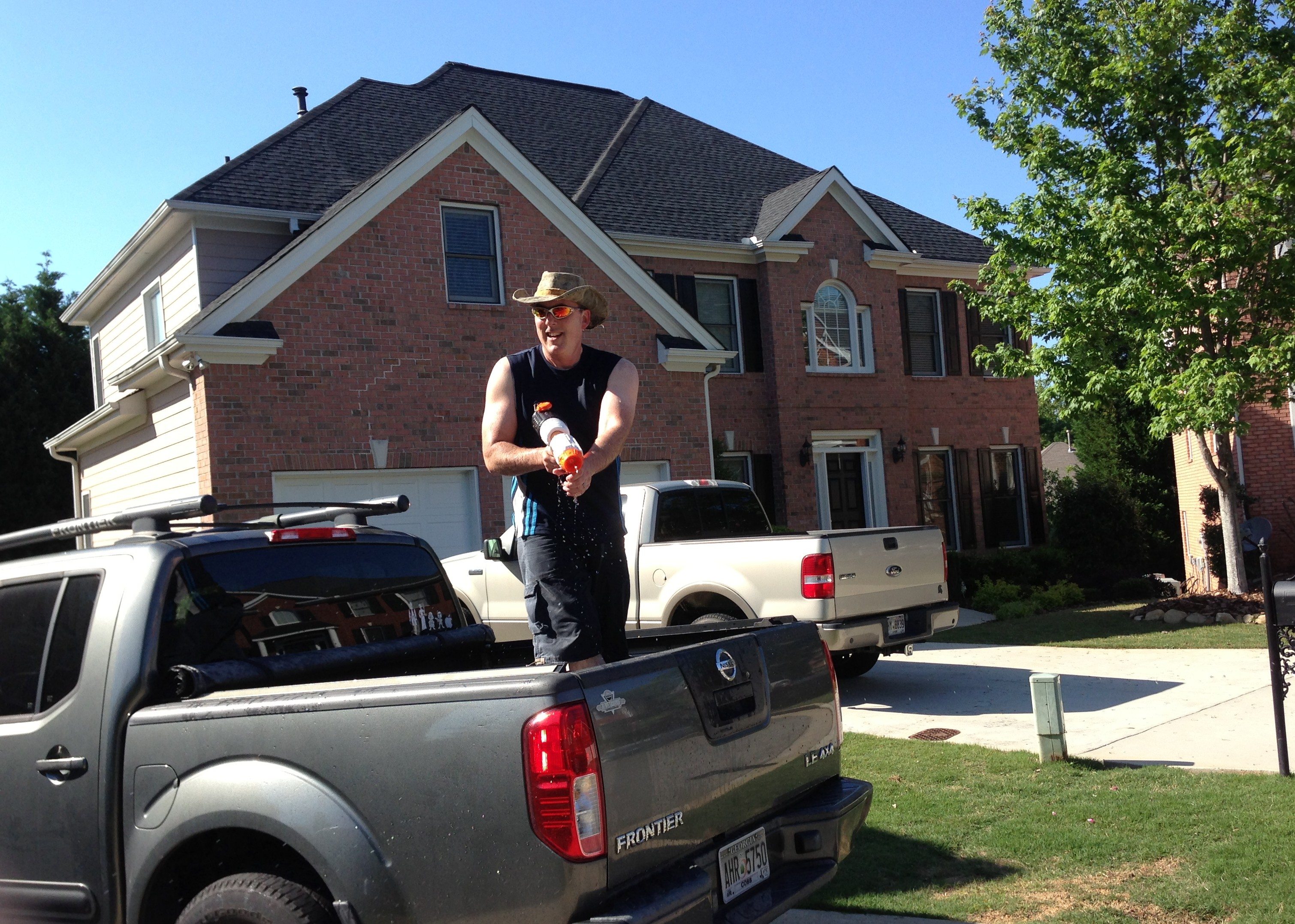 For sheer distance, the Arctic Shock and Switchshot models clearly had the advantage. The Thunderstorm model isn’t going to tire out the younger kids as fast since they only have to pull a trigger and hold rather than continually pump to spray water. But the Thunderstorm model can get maybe six feet of distance… it’s definitely a close-up water blaster and much more friendly for younger kids who might not like getting a solid blast of water to the face.

In terms of water clips, I have to go with the new Hydro Pack system. It’s simply too inexpensive to ignore for the ability to carry 100 ounces of water on your back. It’s just the right amount that it’s not going to tire anyone out, and one full pack will outlast five refills of the 20 ounce banana clip or four of the 25 ounce Ice clip. That said, I did continually fill the extra 15 ounce mini-clips and the 20/25 ounce banana/Ice clips and leave them scattered around the yard. Most kids were too busy running to notice them, but it helped me when one of them would come running and saying they were out of water. I’d just point them to a spare clip or grab one myself and slap it in… I’m seriously consider going and purchasing about five or six additional banana clips because they’re simply that useful. I’m probably also going to buy two or three new Hydro Packs because the demand for those was just too high. Once the kids figured out that two of their own were never having to run for refills… well, that’s when the requests to try out the backpacks started. I would add that the Hydro Pack may be just a little too big for some 3-4 year olds (and the recommend ages for all these water blasters and accessories is 6 & up, so just be aware)… the shoulder harness tends to slip off, so you’ll either need to get creative or show the younger ones how to quickly pull out the clips and replace them. 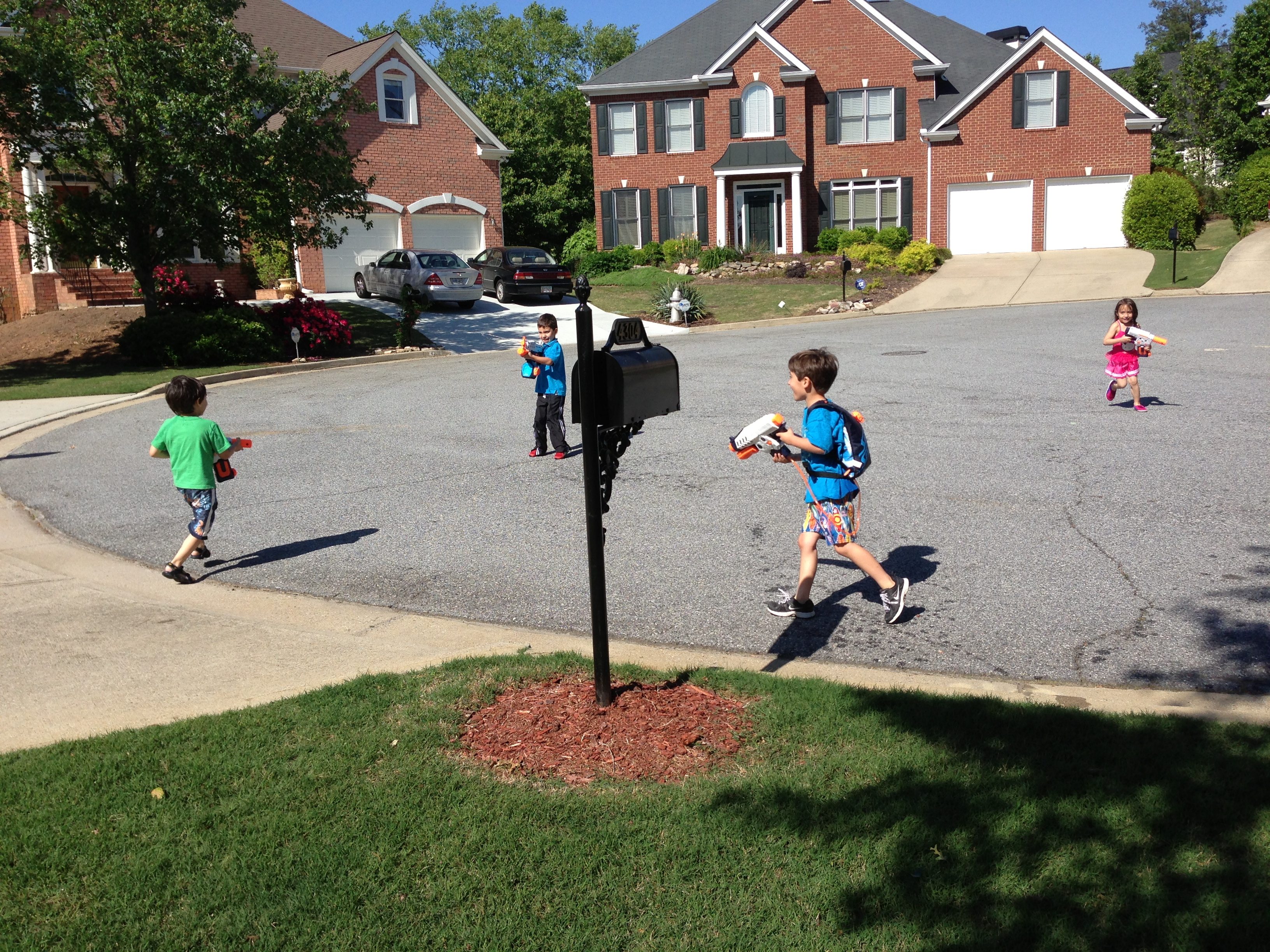 Speaking of pulling out the clips… the Super Soakers also come with a nice locking mechanism that makes certain the clips don’t accidentally slip out with all the running and jostling. It’s tricky enough that most of the four year olds (and younger) needed an adult to help them. The 5-8 year olds figured it out real quick. The orange locking lever is on both sides, but it only requires pushing one to release it. (I’ve used cheaper water guns in the past that didn’t “lock in” and used a simple plastic indentation to hold the clip… and believe me, that indentation doesn’t hold the clip when you’re running.)

The Switchshot model also comes with a removable stock — and sure enough, that stock can also be inserted on the end of the Arctic or Thunderstorm models, turning a shorter water blaster into a longer blaster that allows for more accurate shots. That said, except for the 8 year old, none of the other kids could use their Super Soaker with the stock on… they just didn’t have the arm span to pump while the stock was pressed into their shoulder. 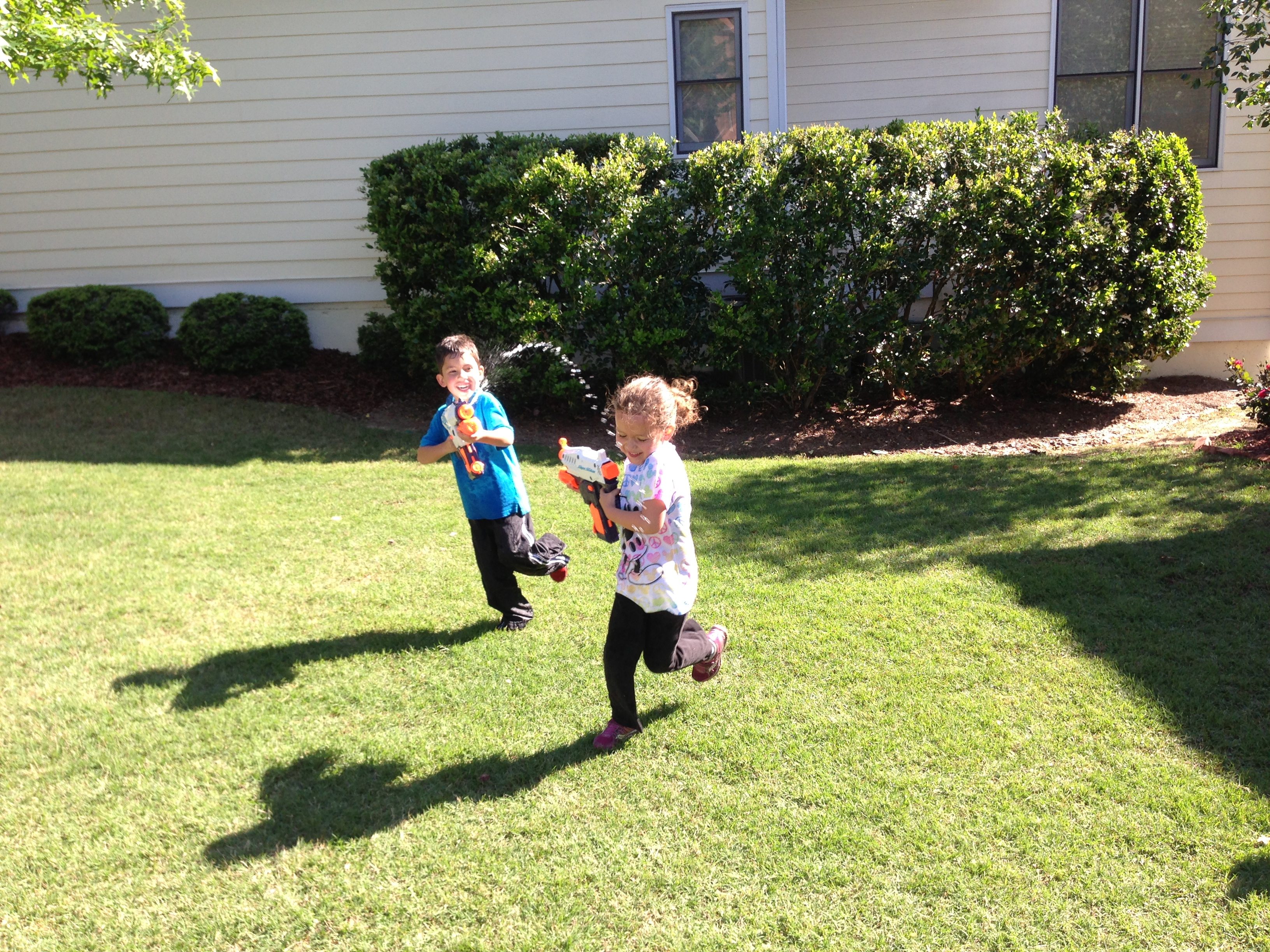 One “Parent Comment” I’d like to make here: All of the Super Soakers come with big, bright orange tips and/or pumps, especially the Thunderstorms. The colors of the blasters are a mix of white, dark and light blues, and orange. I think it would be difficult to mistake these for real weapons, and I really think NERF has done a good design here to make these stand out as non-lethal weapons.

Now, here are two final things about Super Soakers that parents will probably love — the durability and the cost. Super Soakers are never going to break the bank for what you get. The Arctic Shock lists for $20 and the Switchshot will run $30. The Hydro Pack is sold separately at $20 each. And these things are going to get banged up… and they did. But they just keep working. There aren’t any parts that feel like with the right amount of torque that they’d break off. The clips go in with a solid CLICK and they’re locked in deep enough that they shouldn’t be able to be pulled out or twisted out easily. The Super Soakers and clips are plastic, but it’s thick stuff. For about the price of a decent console game these days ($40-50), you can outfit your kid with one Super Soaker and a Hydro Pack and be guaranteed they’ll have some fun. 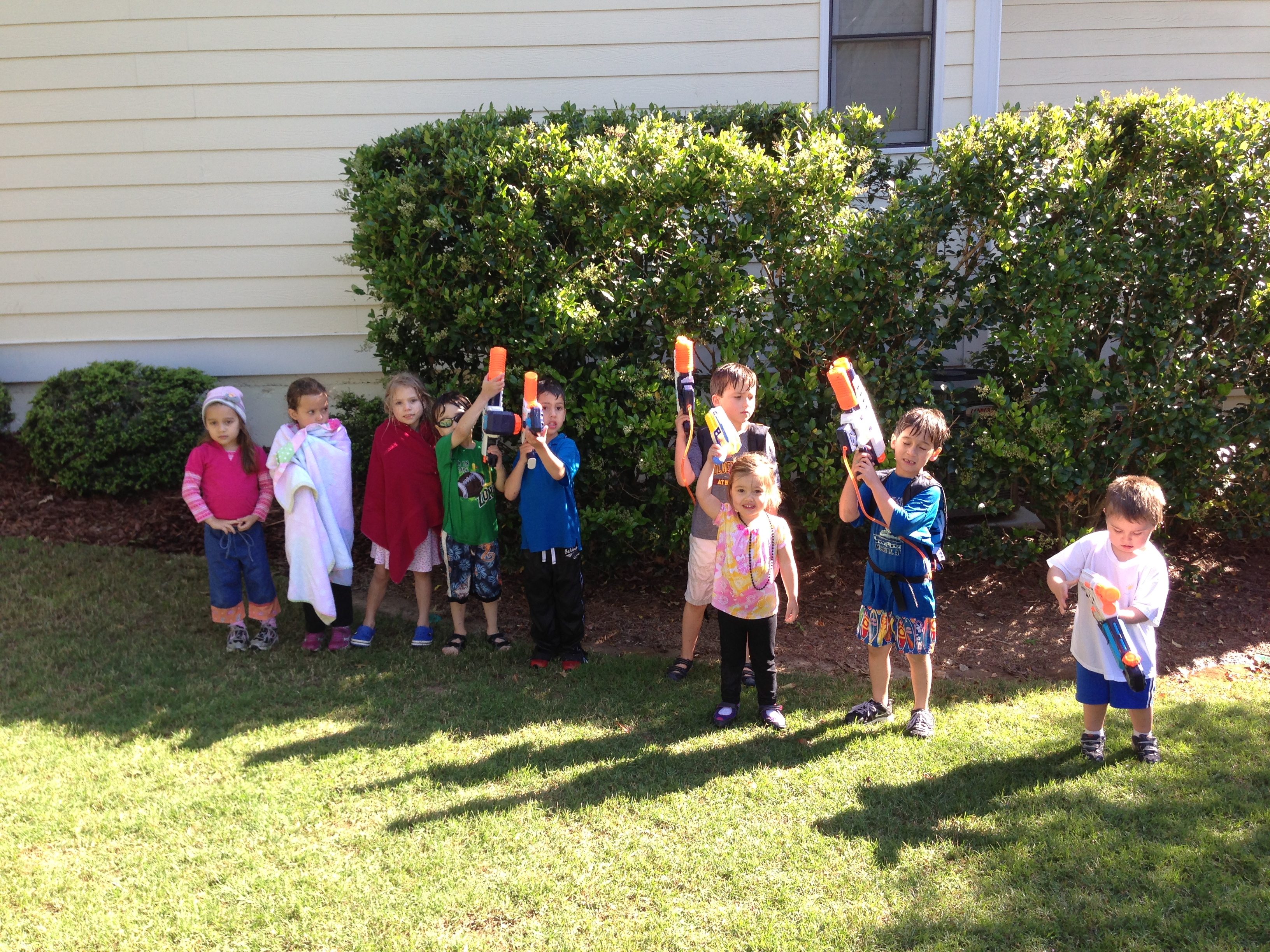 Our water battle lasted about an hour, and even then four or five wanted to keep playing. A few of the younger kids tried out the Hydro Packs and my three year old kept trying to spray me in the safe area even though he obviously understood the rules. We had Before/After photos made, and you probably can’t tell from the pictures, but these kids were tired (and cold). My six and three year old boys didn’t want to roll out of bed the next morning. Atlanta summers can be brutal… but I know we’re going to beat the heat in our cul-de-sac this summer with some rematches. I’ve already been asked to schedule another water battle soon, and some parents of kids that didn’t get to come are now asking if their kids can join in next time. The more the merrier! My two boys have already laid claim to their favorite blasters, and I’ve now got a few extras to share should anyone show up empty handed.

The adults that got to watch the action were all impressed with the Super Soakers (and especially with the Hydro Packs and the Ice clips) and I already know a few purchases are being made in anticipation of our next gathering. The NERF Super Soaker family of water blasters continues to expand and these new 2013 models are a nice addition to an existing collection of interchangeable blasters and components. 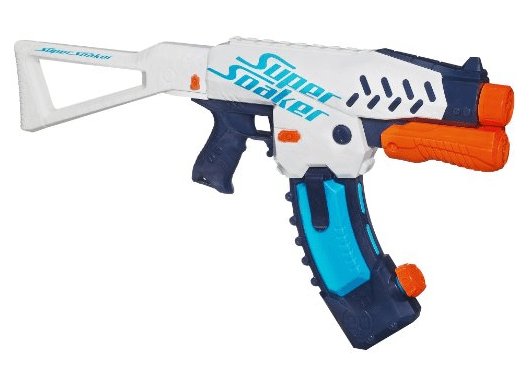 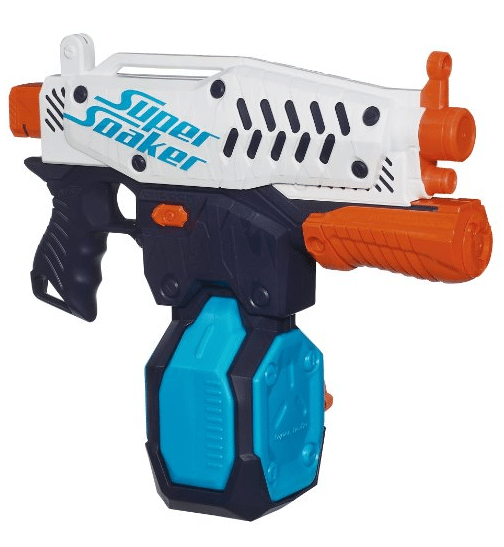 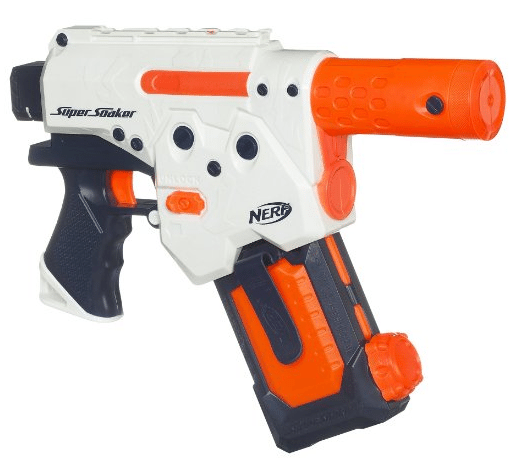 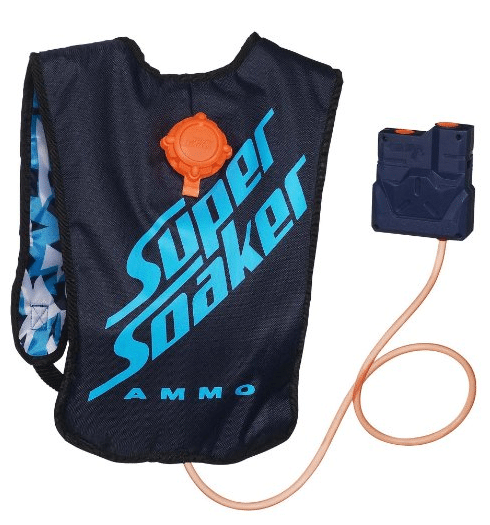 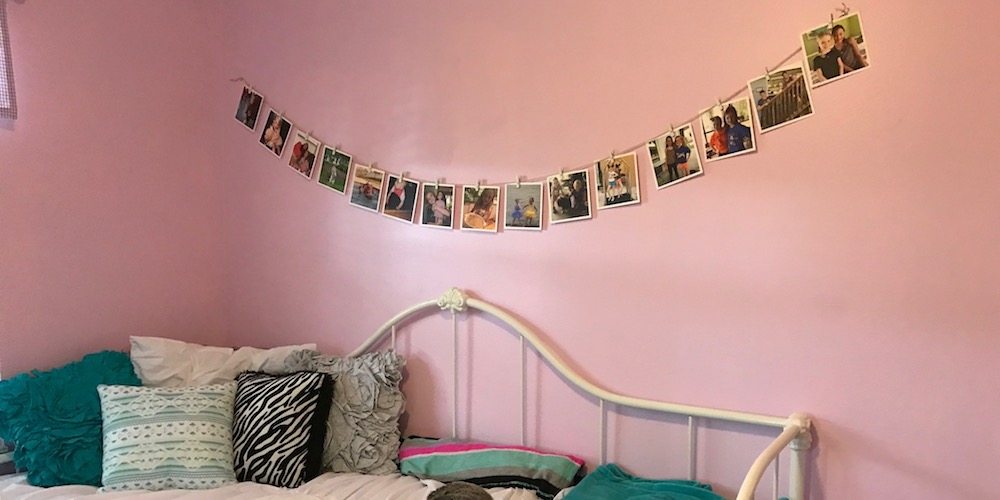