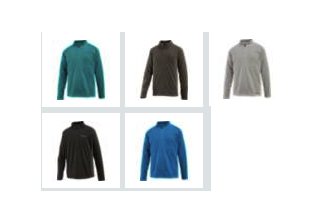 When it comes to wardrobe, I probably fall well outside the typical requirements. For the past four and a half years, I’ve been self-employed and work from home. I still have ties and dress shirts, but they make an appearance maybe a few times of year. I’ve had to put in a personal appearance at a client office at most a dozen times. And in my spare time, I’m outdoors as much as possible. Walking, hiking, camping, exploring. Where possible, work and outdoors are combined — nothing like sitting around a campfire late at night after the kids have gone to bed, sipping a beer and knocking off an analysis of Apple’s latest quarterly earnings report…

Which is all a rather round about way of saying that when it comes to clothes, I’m all about comfort, performance and quality. It helps if they look good too.

This all brings me to a shirt that Merrell (sponsor of Tim Ferriss’ 4 Fundamentals of Outdoor Fitness program) was good enough to send me. My family has been rocking their shoes for years now, hitting the urban environments and amusement parks, along with the trails and I’m convinced that when it comes to high performance footwear, this is the company to beat. The shirt has become my new favorite.

The Fractal Half-Zip is incredibly soft, looks good and has stretch side panels. The result is a shirt that is unbeatable in cooler temperatures without being bulky. I like to keep the house at 64 degrees during furnace season; I’m the only one home and keeping the temperature down helps keep the utility bills down while keeping me alert. This shirt has become my go-to. It also has the right amount of give for exercise, so I can hop on the treadmill or go for a walk without changing into athletic gear. I could use a bag full of them for camping — the thermal fleece is just way more comfortable than most of the sweatshirts I tend to wear in the early morning or late nights, and when you throw in the half zip (for cooling off) and the ruggedness, this may well be the most versatile shirt I own.

It’s stood up to multiple washings without any visible pilling and still looks sharp. It’s more fitted than a sweatshirt, has high quality stitching and just enough finishing touches to look like more than something you just threw on. At $69, it’s reasonably priced, too.

If you’re looking for a versatile performance fleece top that rocks in cooler temperatures, I highly recommend the Merrell Men’s Fractal Half Zip Fleece Pullover.

This Is Awesome: Serenity in Gingerbread

New Site Encourages You to “Get Curious” About Mars Landing