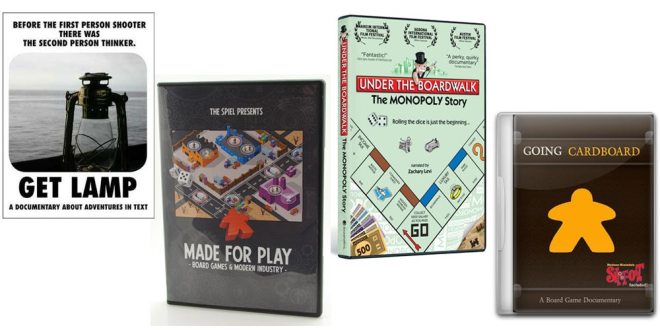 If there’s one thing geeks love to do, it’s digging into a beloved hobby. And one great way to do that is through documentaries. A good documentary takes you places and introduces you to people that you might not meet otherwise, and gives you an even deeper appreciation of the subject. Here are four documentaries about gaming—one about interactive fiction and three about tabletop games.

Kickstarter and digital video have made it (relatively) easier to make a documentary—in fact, three of these films below raised funding on Kickstarter in 2011, whether to launch the documentary project or to help wrap it up. There are a ton of documentaries currently funding on Kickstarter as well, and I’ve backed several in the past couple of years that I’m excited to see when they’re finished. But it’s not enough to have the money and fancy equipment: you need a good story, and people who can tell it.

These four films are ones that I’ve watched in the past year, and do a great job shedding light on various types of gaming. I’ve included the trailer for each one and a little bit about why I like them.Get Lamp: A Documentary About Adventures in Text

Before the days of Xbox and PlayStation, before Sega and Nintendo, there was interactive fiction. These computer games didn’t involve fancy graphics—in fact, there were no graphics at all. You read text descriptions and played by typing out your commands: “Go north.” “Open door.” “Look.” Get Lamp chronicles the history of these text adventure games through interviews with game developers, designers, and players.

With limited sound, simple graphics, and tiny amounts of computing power, the first games on home computers would hardly raise an eyebrow in the modern era of photorealism and surround sound. In a world of Quake, Half-Life and Halo, it is expected that a successful game must be loud, fast, and full of blazing life-like action.

But in the early 1980s, an entire industry rose over the telling of tales, the solving of intricate puzzles and the art of writing. Like living books, these games described fantastic worlds to their readers, and then invited them to live within them.

They were called “computer adventure games”, and they used the most powerful graphics processor in the world: the human mind.

Get Lamp is a documentary that will tell the story of the creation of these incredible games, in the words of the people who made them.

One of the most impressive things about Get Lamp is that it was made pre-Kickstarter. I’m not entirely sure how director Jason Scott funded his film, but he interviewed around 80 people and the two-disc set is chock-full of material. (The DVD is even set up as sort of an interactive experience, where you can choose what story to follow as you watch.)

My favorite segment was an hour-long bonus documentary about Infocom, a giant of the text adventure world, with titles like Zork and The Hitchhiker’s Guide to the Galaxy. Hearing the story about the rise of Infocom from those who were involved is inspiring; and then learning about how things ended is heartbreaking.

Although I was never really good at text adventure games (I never beat any of the Zork games, though I tried), I really loved Get Lamp. It reminded me that there’s more to a game than flashy graphics, and that it’s hard to beat the resolution of your imagination.

For more about the film or to order a DVD, visit the Get Lamp website.

Made for Play: Board Games & Modern Industry

The Spiel, a podcast about tabletop games, raised funds in the fall of 2011 to cover Essen Spiel and for an extended tour of Ludo Fact, one of the largest manufacturers of board and card games in the world. The result of that tour is Made for Play: Board Games & Modern Industry, a documentary about taking a game from idea to finished product.

Here’s a brief description from The Spiel:

Filmed on location at Ludo Fact in Germany, Made for Play chronicles the journey a board game takes from the factory to your table. You get to see every aspect of the manufacturing process: the technology and machines, the many detailed steps, and the hundreds of people that are involved in the production of a single game. Our goal is to give you a greater appreciation of the time, effort and investment that goes into every quality board game that makes it to the marketplace and your home. The business of fun requires a lot of hard work!

I watched Made for Play and it’s really impressive. Remember that feeling you got as a kid watching Mister Rogers’ “How People Make Crayons”? (Confession: I went looking for a link and just watched it again.) Well, Made for Play is a little bit like that, except with board games. I do wish that at points there were closer shots or different angles of the various machines that print the artwork or fold the boxes, although from what I could tell sometimes there are just parts that’s impossible to see from the outside. And the video does tend to re-use a lot of shots from time to time. Finally, since the doc covers Ludo Fact, which gets its wooden and plastic bits from other manufacturers in Europe and Asia, you only get to see the printed components (boards, tokens, cards, and boxes) here; I’d love to see a similar documentary for making meeples and dice!

But those are minor complaints; if you’ve ever been curious about the actual manufacturing process of a board game, Made for Play is definitely worth watching. You can watch the 43-minute film on Vimeo or YouTube or purchase the DVD which provides higher quality audio and video plus subtitles in English, French, Swedish, Spanish, and Polish. For more about Made for Play or to purchase a DVD, visit The Spiel’s website.

Under the Boardwalk: The Monopoly Story

Under the Boardwalk focuses on one specific game: Monopoly. The film covers the 2009 Monopoly Championships (both U.S. and World) and includes interviews with several players from the tournaments and also talks about the history of the game and how it went from Lizzie Magie Phillips’ original design to Charles Darrow, who eventually sold it to Parker Brothers. The movie was released in 2010, but director Kevin Tostado ran a successful Kickstarter campaign in 2011 to bring it to theaters.

From the Monopoly Wikia:

Under the Boardwalk is a 2010 feature-length documentary film that captures stories of how the game of Monopoly has become a worldwide phenomenon. It features footage of the 2009 U.S. and World Monopoly Championships as well as interviews and profiles of some of the top competitors from around the world. Also included are insights from published Monopoly expert Phil Orbanes, vignettes of Monopoly fanatics and collectors worldwide and interviews with celebrities who love to play Monopoly.

Most people know that I have no great love for Monopoly—I crack jokes about it often and I haven’t really attempted to play it more than once in the past decade, despite having learned in the interim that many of the rules I grew up with aren’t actually correct. So when I first heard about Under the Boardwalk, I was skeptical: why watch a documentary about a board game I really didn’t like?

Well, the DVD sat on my shelf for about a year, and I finally watched it on the way to PAX East last month—I figured watching a board game documentary would be a good way to start off the trip. And you know what? It was fascinating.

Okay, I’m not ready to declare Monopoly my favorite game—and certainly there are some fans in the movie that are way more enthusiastic about it than I’ll ever be. But learning about the history of the game and seeing how it truly can bring together gamers from all over the world (even as they attempt to grind each other into the ground) piqued my curiosity. I even found myself—brace yourself—contemplating playing Monopoly with my family.

In particular, I was really interested in Tim Vandenberg, a 6th-grade teacher who uses Monopoly to teach math. He showed a board that had stats scribbled all over it, with probabilities and payouts for each space. You can actually get a booklet with all of the facts and spreadsheets from the online store.

Whether you love Monopoly or hate it, Under the Boardwalk is an eye-opener that may change the way you see the game. You can rent or buy the movie from Amazon or iTunes, or purchase DVDs and Blu-ray discs directly from the Under the Boardwalk Store. (The limited editions even come with a Director’s Chair token made specifically for the film.)

Going Cardboard: A Board Game Documentary

I first interviewed “geekumentarian” Lorien Green in 2009 while she was still working on Going Cardboard. She then raised some more funds in spring 2011 (notice a trend here?) to finish up her documentary. Going Cardboard is about modern tabletop games (or “designer games”) and has interviews with game designers, fans, and publishers.

Do you have fond childhood memories of gathering around the table with the family for a game of Monopoly, Scrabble, or LIFE?

Cardboard is making a comeback.

In an era of tech-based entertainment, word is spreading about a new breed of board game. Going Cardboard takes you into the designer “German-style” board gaming scene, from its community of enthusiastic fans to the creative passions of the designers and their journeys from concept to reality.

What’s fun about Going Cardboard is the scope of it: Green interviews famous game designers and not-so-famous game designers, game store owners, game collectors, and people who just love to play games. She even has an interview with the woman who (accidentally) coined the term “meeple.” Although the audio quality isn’t always great (like when an interview is conducted in the exhibit hall at Essen Spiel) the subject matter is great and I watched both the main feature and all of the extras.

Now, it seems that there are always some interesting documentaries seeking funding on Kickstarter or in the process of being made. I just missed Grammar Revolution but I’m eager to see it when it’s completed. There are campaigns for films about Dr. Demento, Chinese ink painting, Italian film-dubbing, Arrested Development, comedy, and more. Whatever your interest, take a look and see if there’s somebody exploring it in film! (And if not, why not consider making your own documentary?) 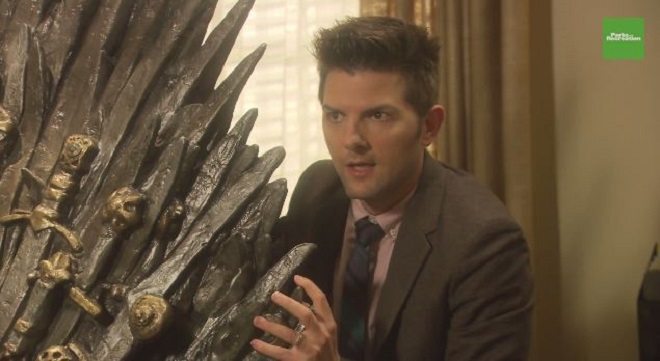 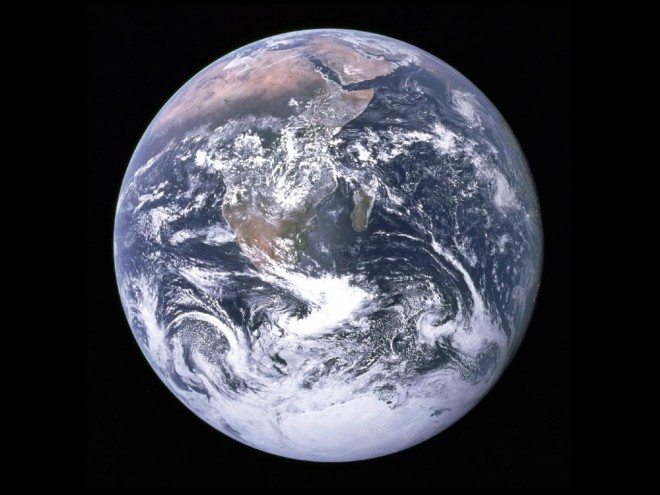