If you have yet to decide if purchasing Star Trek: The Next Generation Season One on Blu-ray is worth the expense, let me calmly tell you, You need to purchase it. NOW!

I pre-ordered it the week it was made available for pre-order. It arrived the day after its release. If there is a purchase that I’m more than happy to have made this year, Star Trek: The Next Generation Season One on Blu-ray is definitely on this list. Every single episode never failed to awe me with just how much detail is missing from the original release, which I also own.

Painstakingly, they rescanned all of the film, originally shot on 35mm, and enhanced the visuals. The results: eye candy. They also enhanced all of the audio, and remastered it for surround sound.

In remastering Season One, CBS made, what I think to be, some very smart choices. First, they did not replace any of the original special effects, or starships, with CGI. Instead, they redid all the video-created effects. All of the phaser fire, torpedo fire, “electrical” bursts, the transporter beam, the shields, the landscapes of the planets as viewed from orbit and their atmospheres, and more, are stunning. With the simple act of rescanning the film, the starships and starbases pop with amazing, previously missed, detail. The space creatures in Encounter at Farpoint, “God” in Justice, and the Crystalline Entity are now truly something to behold. This results in episodes that still feel like the original, but no longer look dated.

The most difficult thing for me to adjust to is the enhanced audio. Yes, it sounds crisp, clean, and vibrant. However, I’m very sensitive to both visual and audio stimulation. The visuals are enhanced in such a way as to not be overpowering. While the audio is not overpowering per se, I’m still trying to get accustomed to the even more powerful, and awesome, sound of the Enterprise when she enters warp, especially in the opening title sequence, even though I really like it. And, as much as I love the sound of the hum of the Enterprise‘s engines, that constant background noise is now very noticeable. Don’t get me wrong, that noise is some of the best ambient noise. When I’m having a high-stress day, I’ll listen to it just to relax. But at times, I find that ambient noise to be distracting. There are a number of times where it causes me to stop paying attention to what is going on on-screen, and just focus on the noise, while saying, “Gawd, I love the sound of her engines! Mmmmm!” This may be the result of a personal quirk, rather than the background audio not being mixed exactly right.

There are a number of things that really caught my eye, causing me to become overly excited. A small list of them include:

When remastering the film for Blu-ray, there were sections of the original film that were lost. One of these sections is in Season One. For a few seconds, the episode goes from HD to the original SD. If your brain has forgotten just how different the HD version is from the SD version, this serves as a nice reminder.

The new bonus features — they also include the original bonus features — are well worth the watch. Aside from new interviews with the cast and crew, it includes a section about the making of the HD version. They discuss every thing from locating and scanning the original film, to a behind-the-scenes look at enhancing the visuals and audio, to explaining and demonstrating why they had to re-release Season One in the original 4:3 ratio, and more. They also explain, even if it is a bit of a passive-aggressive jab at another well-known science-fiction movie franchise, why they decided to only enhance to original special effects, instead of replacing them with CGI, and why they didn’t add any new effects.

A comment I read and hear often about Star Trek: The Next Generation is criticism about the original special effects. To this, I always want to respond, “Dudes! It was 1987! They didn’t have fancy schmancy CGI at the time! That opening sequence, with the Enterprise entering warp… CAMERAS AND MODELS, DUDE! CAMERAS AND MODELS! Do you not understand how freaking amazing that is? The rest? Bowling balls and sand! Glitter! Matte paintings! Video effects! They had to MacGyver the special effects back in the olden days, and they did it magnificently for the time! You kids these days, you are so spoiled! Now, get off my lawn!”

Purists will be happy that none of the original effects have been replaced. Those who wish every thing was done with computers and cannot appreciate how truly wonderful the effects were for their time, may still not find the enhanced special effects to be enough. I’ve seen my fair share of CGI spaceships, and spaceships shot from models. I’ve always preferred models, and the reason for this can finally be seen in the remastered version of Star Trek: The Next Generation. I still find it amazing how they were able to create the remaining special effects, pre-CGI era. 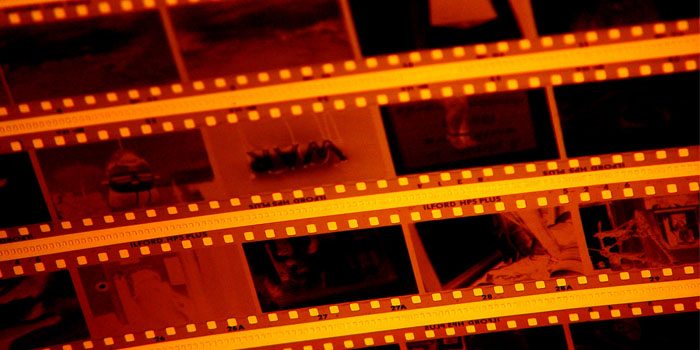