It figures that David L. Hoyt, whose puzzle-creation work includes staples like the syndicated Jumble and Word Roundup, is behind a new game that probably deserves a spot on the shelves with classics of the word/board game arena.

The basics of Word Winder are simple: The game’s 16 tiles have a 4×4 letter grid on each side. You shuffle these tiles and arrange them according to which version of the game you’ll be playing – “SideWinder” or “RaceWinder” – and how many participants you have. My mom, brother and I played SideWinder, which calls for a 4×4 layout. Three is the maximum number of individual players: More than that, and you divide into two- or three-person teams. In SideWinder, each player aims to build a string of words from one edge of the board to the other, marking the words with colored chips and following some easy-to-remember rules:

That’s it, really: You don’t have to place words adjacent to each other as you go – you can play in the middle of the board or the edges anytime and you can (and will often need to) play words solely for the purpose of blocking an opponent. It’s a really fun combination of word-finding and word-building skills common to games like Scrabble and Boggle with the layout strategy of something like Blokus. While gameplay can go quickly — the three of us knocked out a couple games of SideWinder in under an hour — there’s plenty of searching and decision-making to each turn, especially when more than two people play. For example, if a player reaches a point where they’re one move from victory, the next player might opt not to block them, relying on someone else to make the move. Temporary alliances are a part of the game.

If you reach a point where nobody can complete a line from one side to the other, the winner is the player with the most chips on the board.

In team competition, teammates take turns playing each successive word. You can either play by “Silent Rules” (No pointing out words to your partners, under penalty of losing a turn), or by “Noisy Rules,” where table talk is allowed.

The RaceWinder rules involve setting up the tiles in rectangular layouts, either 2×8 for two players/teams, or 3×6 for three players/teams. The word-building rules remain the same, except:

In RaceWinder, the winner is either the player that completes a word-winding line from one end of the board to the other, or the player who blocks all their opponents so they can’t build their lines further.

As big fans of classic word games, we really enjoyed Word Winder, and it was small enough to pack for a family vacation. In fact, by taking the cardboard insert out of the Word Winder box, we actually fit cards and instructions for four other games in there, too.

And while the letter arrangements on each tile side are obviously fixed, sometimes including permanent two- to four-letter words, the fact that you’re laying down a new version of the board every game means there’s really no benefit to memorizing the layout of particular tiles. (According to Hoyt’s website, you’re looking at 263,130,836,933,693,530,167,197,089,370,112,000 different board game combinations.) This should make for excellent long-term playability.

We had two minor complaints: Under some lighting, the yellow chips don’t offer enough contrast and can be difficult to see. Also, the small plastic cups are fine for holding chips during game play, but with no lids, once the game is packed away, it takes very little jostling of the box to jumble all the chips together.

Hoyt and his partners Graeme Thomson and Steve Bullock have also launched Word Winder spinoffs in book and app formats. 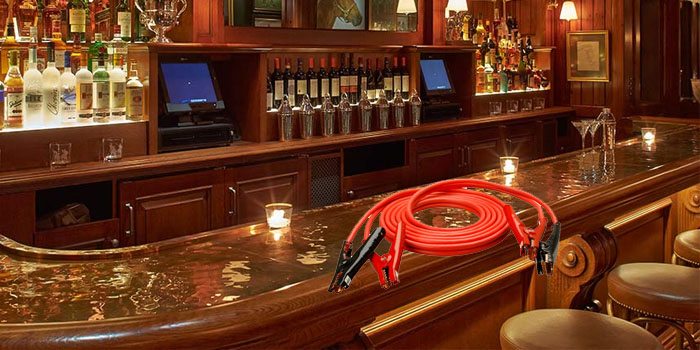