In search of Nessie at Loch Ness.
Photo: Jonathan Liu/Wired Overview: Everyone knows that the Loch Ness monster is completely real, of course — a plesiosaur somehow surviving in a Scottish inlet into modern times. Of course, getting the photographic evidence is the hard part, because Nessie is apparently pretty shy. Loch Ness is a curious little board game about capturing Nessie on camera.

Rating: Surprisingly deep. It’s not a heavyweight strategy game, but there are some pretty cool things below the surface.

Who Will Like It? Do you like games where you try to predict what other players will do? Are you up for a bit of bluffing? Loch Ness just might scratch that itch.

Theme: The theme of the game is catching Nessie on film. You move your three cameras around in the hopes of being in the right spot when she surfaces. Some of the mechanics fit the theme: Photoshop makes your photographs more valuable, and the bagpipes can attract Nessie a little closer to you. Others make a little less sense: Why does the distiller let you make Nessie move faster or slower? And why are Nessie’s movements controlled by three people?

The little bits are all pretty good: The cards are standard-sized and quality and the “cameras” are small wooden discs with a number painted on one side. My game board had a little trouble unfolding completely flat — it wanted to stay a little bent at the seams. The box, as with Ranking, is a sort of standard-sized box with a cardboard divider, and you’ll only need about half of the space for the components.

The move cards have fun illustrations of the various photographers on the backs, and are basically just numbered cards from 1 to 5 with an illustration of Nessie on the back. The photo cards show Nessie’s head, middle, or tail, and the backs are made to look like a local newspaper — a nice touch that helps with the theme of the game but isn’t essential to gameplay.

I’ll explain the rules first for the 3-5 player game. There are some slight differences in the 2-player game, and two rules variants that add some interesting dimensions to the game.

Setup: Each player puts one of their reporter pawns next to the scoring track, which goes around the perimeter of the game board, and takes the other pawn of their color. The small Nessie pawn is also placed by the board, and the large Nessie is placed on any of the 15 spaces in the loch. The neutral “5” camera is placed on the Pub space of the board, and the Distillery cards are placed next to the board near the Distillery space. Each player takes their five move cards and the three cameras valued 3, 4, and 7. (The “5” value cameras are for a variant.) The photo cards are shuffled, and three of them are turned face up next to the board. The starting player receives the large reporter pawn.

In the first round, you won’t use your reporter tokens or any of the special spaces on the board. The first three players (beginning with the starting player) each choose a move card from their hand and place it face down. Then every player in turn gets to place one camera on a space on the various islands surrounding the loch, until everyone has placed all three of their cameras. The camera spaces are grouped in threes, with two spots close to the loch and one further back — at this stage, you may only put your camera in the two nearer spaces.

Once all the cameras have been placed, the first three players flip over their move cards. Add up the three numbers, and move Nessie that many spaces clockwise around the loch. In addition, the small Nessie figure moves that many spaces on the scoring track.

Now you look to see which island Nessie stopped next to. (The islands are divided from each other by rivers: Some have three spots in front of them and some have two.) If Nessie emerged at an island where you have camera tokens (even if she’s not directly in front of your space) then you get as many points as your camera is worth, moving your reporter pawn along the scoring track. If she stopped directly in front of you, you also get to take some photo cards: one card if you’re at a three-space island, and two cards if you’re at a two-space island. You may take either face up photo cards (replacing them as they are removed) or draw them from the deck.

The players take back their move cards and the starting player token is passed clockwise.

For subsequent rounds, before the move cards are selected, players get to put their reporter pawns on one of the special spaces on the board. Each space may only have one player.

Then, in turn, each player moves one camera to another space until everyone has moved two of their three cameras. (The cameras are turned face-down to indicate which ones have been moved, and then they’re all turned face up again.) Movement and scoring is done as before, and then everyone takes back their reporter pawns and the next round begins.

The game ends when the small Nessie figure passes the last space on the track (65). Then all players reveal their photo cards, which give you additional points. You get 10 points for a full set of photos (head, middle, tail), 5 points for a pair of different photos, and 1 point for any additional individual photos. (Each photo is only scored once.) The player with the highest score wins.

For two players, you’ll place 6 additional non-player cameras on the board at the beginning of the game, and set aside an extra set of move cards. Both players will pick move cards from their hand, and then when they’re revealed, one of the neutral move cards is flipped over as the third. Used neutral cards are left face-up until three of them have been used, and then the five are shuffled back together again. The six neutral cameras are never moved; they’re just there to take up space and restrict where players may place cameras.

Thunderstorm variant: Whenever the small Nessie pawn passes the auction symbols on the scoring track (at 20, 30, 40, 50, and 60 points) then an auction is held. Each player selects 0-5 move cards from their hand and place them face down, and then they’re all revealed simultaneously. The number represents the number of points you’re bidding. The highest bidder moves their scoring pawn backward that many spaces (including going negative) and then gains their value “5” camera, which is placed immediately and then can be used for the rest of the game. (Winning bidders do not participate in future auctions.)

Hotel Vacancy variant: Place the Hotel card on the blank space next to the Bagpipes space. Players do not take their move cards back into their hands, leaving them face up until all five have been played. The Hotel space lets you immediately take all of your move cards back into your hand.

Loch Ness is not one of Rio Grande Games’ more popular games, but I think it deserves a little more attention. It’s simple enough to play with my kids, but when I’m playing with adults there are some interesting interactions that allow you to go a little deeper. There’s a worker-placement mechanic, where sometimes you’ll want to take an action that you don’t really need simply to keep another player from getting it, but the more interesting part of the game is in the selection of move cards and placement of your cameras.

One key thing to note is that the further big Nessie moves around the loch, the more quickly the game will end. So it’s advantageous for a player in the lead to play high cards, and for players who are losing to play low cards. But if you’re too obvious, it becomes very easy to predict where Nessie will end up. Also, since each player can use two of their cameras, you can use the first to mislead other players, and then place your second where you think Nessie really will emerge. The Distillery (which lets you play a 0 or 7 move) and the Church (which lets you peek at a movement card) become very important in fooling other players or predicting Nessie’s movement.

The Hotel variant also adds a great wrinkle: Because you can’t play the same card twice until all of them have been played, it becomes easier and easier to narrow down where Nessie will stop — it’s a little bit like Get Bit, where it becomes easier to predict what other players will play. But then the Hotel space becomes very important so that you can get your cards back into your hands earlier.

The two-player variant is okay but I think it works best with more. What’s interesting is that when you have more than three players, then there are players who are completely in the dark about how far Nessie will move. Only three players select move cards each turn, so if you’re not one of them then you don’t even have a third of the information — you have to rely on what the other players are doing, and make your choices based on those.

As I said, this is a game that has some depth to it. It’s not a heavy brain-burner, but if you like games that are as much about reading the other players as they are about reading the board, then it might be time to pay a visit to Loch Ness.

WIRED A mix of worker placement and bluffing makes for a family-friendly game with some substance to it.

TIRED Overall production quality (the board, the generic-sized box) makes it look like Rio Grande decided it was a second-tier game. 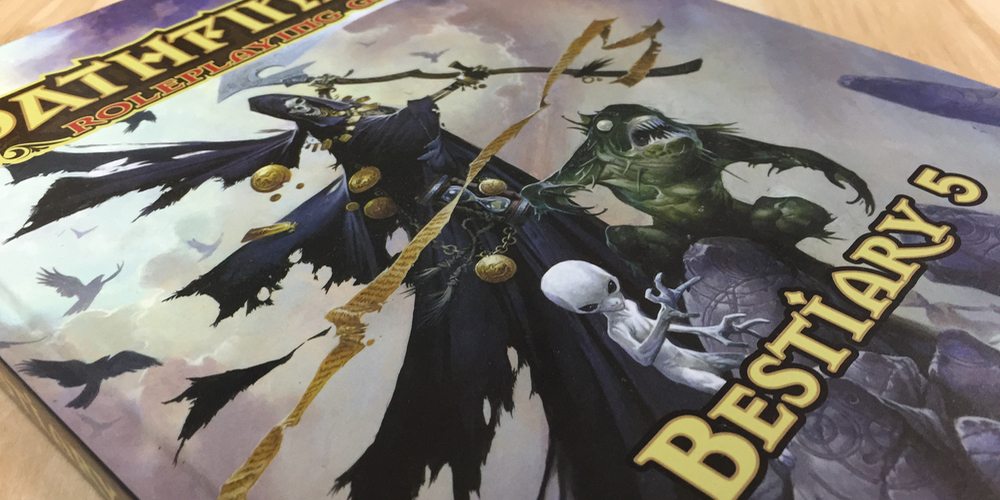 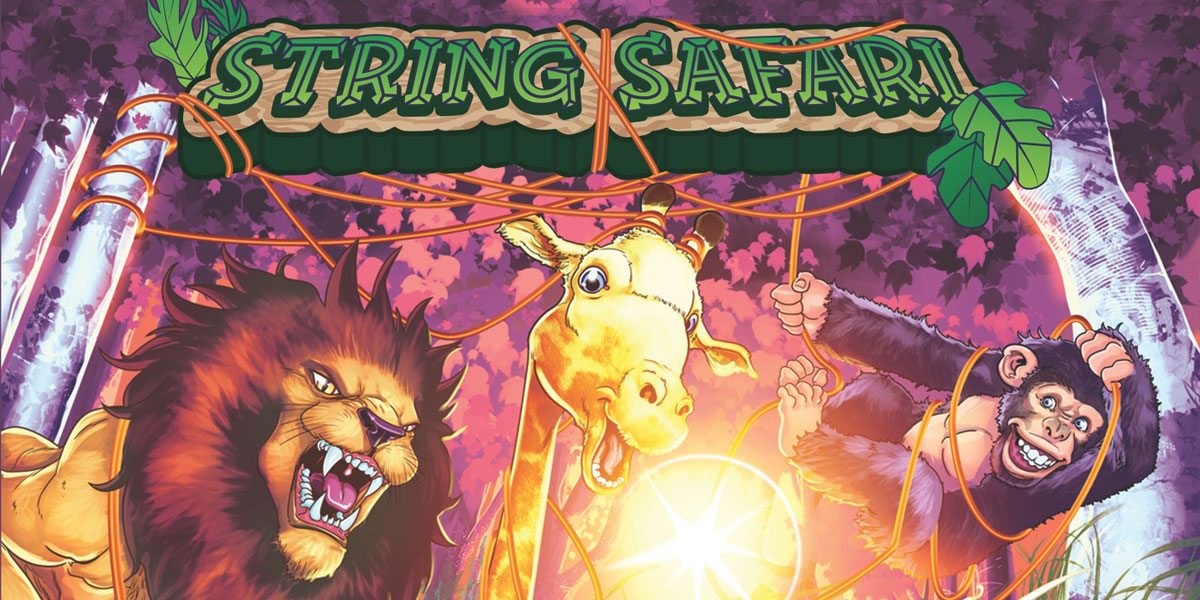 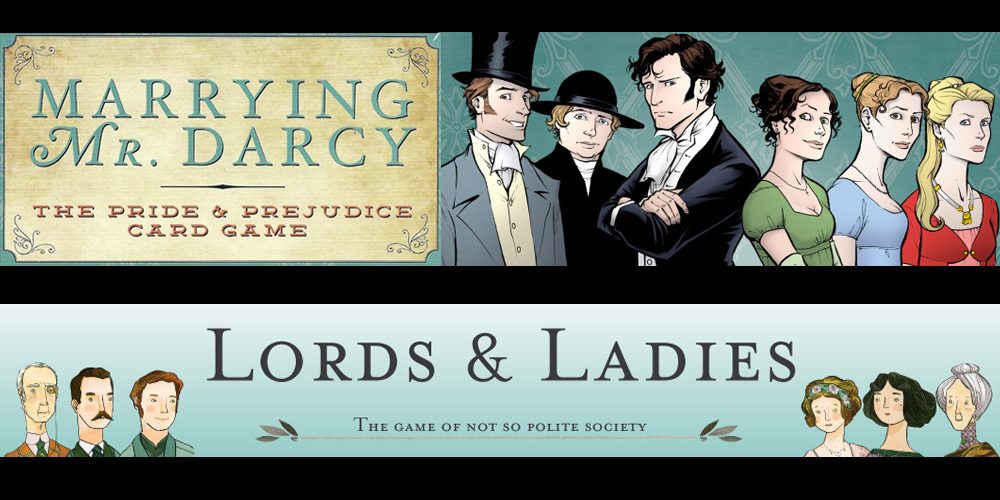