This past weekend, a new Legoland Discovery Center opened in Kansas City. The indoor attraction, which features rides, activities, party rooms, and lots of Lego bricks is just the fourth in US and the seventh in the world. Visitors will want to block out two to three hours to get the most out of the LDC.

After entering through a huge outline of a minifig, visitors are treated to a very abbreviated story of how Lego bricks are made. The story includes some interactive exhibits, as well as the opportunity to take home a souvenir Duplo brick with a decal that commemorates their visit. After that, visitors are funneled through “Kingdom Quest,” an interactive laser gun ride that is similar to “Lost Kingdom Adventure” ride at the US Legoland parks.

Upon exiting, guests can fan out and experience a number of attractions. Kids can climb, swing, and monkey around in the Lego City play area to work off some energy. There’s even a pit filled with foam Lego bricks (kids must wear socks here). Building on the newest Friends property, there’s an area for building and the opportunity to sing some karaoke.

For kids who want to build, there are several opportunities. In the Lego Racers area, kids can build a car and then race it down one of several hills, launch their vehicles off jumps and see who is the fastest. For younger builders, there a Duplo Village for those who like to build with bigger bricks and for a really good time, kids can build on the earthquake table – a grid where buildings can be constructed before switching on an oscillating motor that mimics an earthquake. Bricks will fall.

If visitors want to learn from the pros, parents can sign their children up for the Lego Master Builder Academy, where a Lego master will help kids build a kit or if they really want to be impressed, visit the Kansas City Miniland where many of the city’s landmarks have been replicated in one and a half million Lego bricks.

The icons were voted on by the locals and buildings from the Nelson-Atkins Museum of Art to Starlight Theatre can be found, along with Arrowhead, Kauffman, and Livestrong Sporting Park. Maybe I missed it, but I didn’t see any barbecue joints – come on, Lego! Finally, it wouldn’t be Kansas (even though the LDC is in Missouri) without a Lego visit to Frank Baum’s Oz. The display took six of Legoland California’s builders more than half a year to complete.

Visits can be completed with another ride called “Merlin’s Apprentice,” where pedaling moves your vehicle higher and higher on this magical circular ride or stop by Lego Studios for a fun 4-D movie. Guests can complete their trip to LDC by stopping at the cafe for a bite to eat and, of course, exiting through the gift shop.

There are plans for “Adult Nights” when grown-ups can come and play on their own and special weekends dedicated to Star Wars, Lego Friends, and Pirates, as well as special holiday events. Legoland Discovery Center is a welcome addition to Kansas City and a great place to spend a few hours with the family. 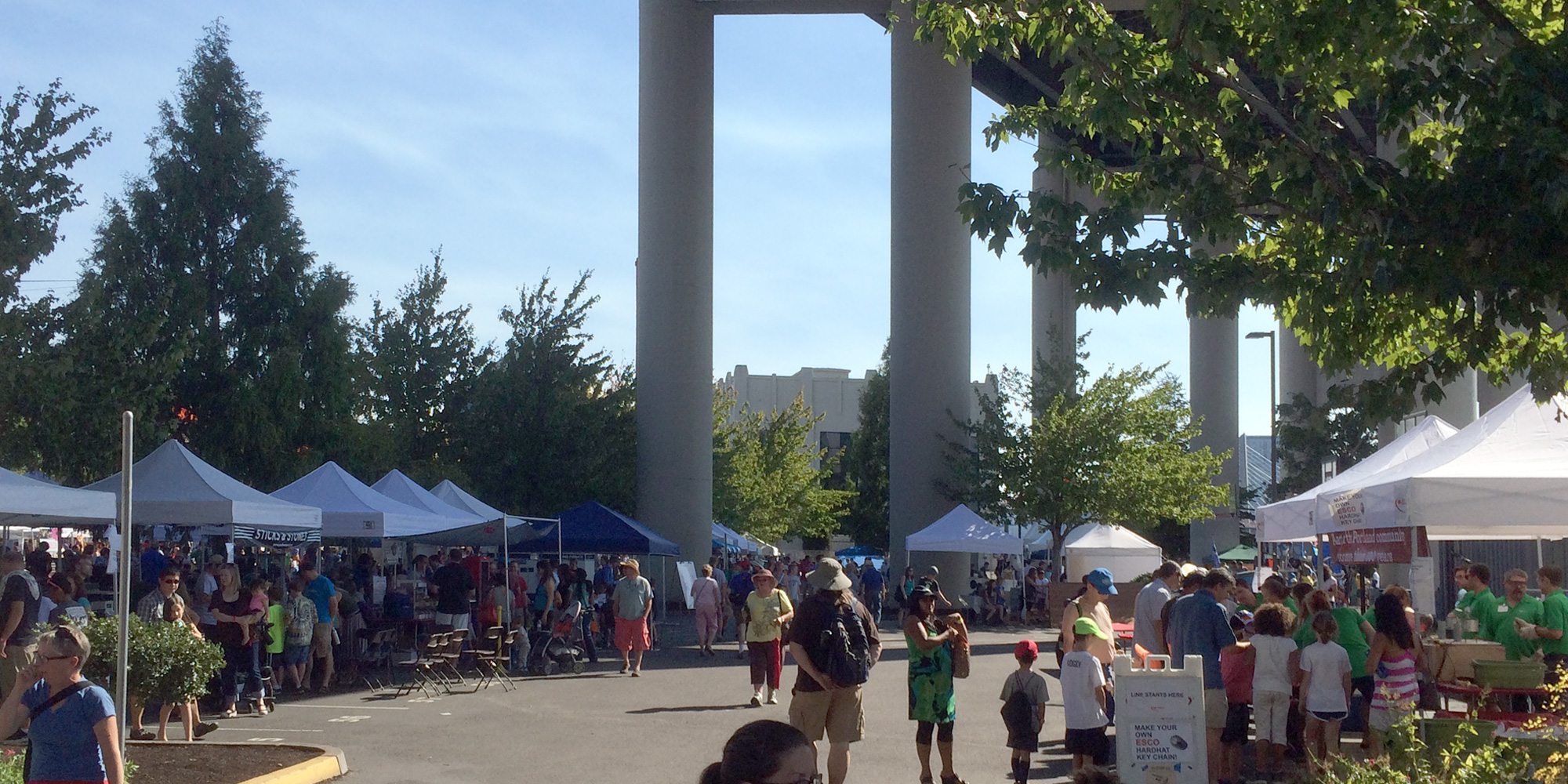 Having Fun at the PDX Mini Maker Faire