Yes, my Springfield has some serious design flaws, but I've been too busy keeping up with the tapping to get around to niceties like separating bars from schools.

I pride myself on having avoided many years worth of time-sucking, premium content–peddling, screen-tapping social games like FarmVille, CityVille and Mafia Wars. However, I do have a weakness for The Simpsons and the early SimCity games were among my favorites. Electronic Arts combined the TV Show, city building, optional social aspects and a whole lot of repetitive tasks in The Simpsons: Tapped Out, the iOS game that finally dragged me into the world of grinding, casual freemium gaming.

The Simpsons: Tapped Out starts off with an animated parody of the whole genre. Homer, at work and engrossed with a freemium game on his myPad, bemoaning all the tapping, and facing a large credit card bill for buying premium content, fails to notice the nuclear power plant’s core temperature reaching critical. The plant explodes, wipes Springfield of the face of the map and leaves the player to rebuild it, one building at a time. Don’t worry, the characters all survived the blast, although getting access to them is going to cost you — one way or another.

From this point on, it’s a lot of grinding to earn experience points and cash. Experience points to progress to the next level — which earns you a donut or two (the real currency in this game) and access to locked premium content, while the cash lets you buy buildings and land. As your new Springfield grows, you can add streets, rivers, trees and move objects around as you see fit. Characters are unlocked as you progress. At the start of the game, you have Homer and Lisa, but soon acquire Apu, Crusty, Cletus, Ned Flanders, Milhouse, Mr. Burns, Moe, Marge, Bart and others. Original voices and constant nods to the TV show help to keep things fun, even as you send the characters off repeatedly to grind away at cleaning up Springfield, shop at the Kwik-E-Mart and other tasks.

The social element comes in with the ability to visit a default “Other Springfield” once per day, where you can earn extra cash and experience. When you connect with friends through EA’s Origins or Facebook, you can visit their versions of Springfield too.

Of course EA isn’t giving all this away for free, even though the game itself costs nothing. They want you to buy donuts. Donuts can speed any task up. For example, if you don’t have the patience to wait 12 hours to grow and harvest Triffids on Cletus’ farm, you can fork over a handful of donuts to speed things up. Premium content is only available with donuts. The Duff Brewery (with Duffman) costs 190 donuts, while Professor Frink’s Lab (complete with Professor Frink) is 150. Sure, you could save up, but at one to two donuts earned per level, you’ll be saving for quite a while. On the other hand, EA will gladly sell you donuts. If you feel like using your credit card to purchase a boost in the game, a dozen donuts goes for $1.99, a truckload of 300 is priced at $19.99 or the big spender could pick up a boatload of 2,400 for $99.99.

By far the most frustrating experience with The Simpsons: Tapped Out has been the difficulty in connecting to EA’s servers. The game can’t be played without being connected and the overload was at the point where players were becoming vocal about lag and being able to acquire a connection. I never experienced the lag issue myself, but getting online often required multiple attempts with forced one-minute waits between. Very frustrating. EA eventually pulled the plug on selling additional copies of the games until they sort out the server overload mess. EA staff posted the following message on March 13:

If you’ve downloaded the game, you can continue to play. Actually, your experience should only improve as we work on a solution. As soon as we have resolved these issues to handle greater player capacity, we will return The Simpsons: Tapped Out to the App Store so that even more people can enjoy this “life-ruiningly fun” game. Meanwhile, thanks to everyone for their patience, and we will provide an update as soon as we have more information to share.

Which is why you can’t find The Simpsons: Tapped out on the App Store at the moment.

The experience since then has been considerably better. It sometimes takes a few tries to get online, but never more than 20 seconds. Ideally, I’d prefer to have the thing run locally and only require a server connection if the player chooses to visit a friend’s Springfield or to buy premium content, but that doesn’t seem to be in the cards.

Everyone in my family has been playing this game over the past month or so. My kids are Simpsons fans and enjoy playing the game to hear and watch the characters as much as anything. They like to compare Springfields (mine is heavily criticized for its current haphazard building placement that has Moe’s Tavern and a dog track in close proximity to Springfield Elementary — a valid point). The character animations are well done and, like the TV show, the graphics are bright and colorful; they look great on an iPad (also available for iPhone).

If you’re a Simpsons fan or simply want to add another social game to your collection, Simpsons: Tapped Out is a worthwhile download, especially since it was free. Just make sure that if your kids are playing, that you turn off in-app purchases in iOS — donuts are expensive. Keep an eye on the App Store and it should be make a reappearance soon.

A Tardis in Every Backyard

Send the Mythbusters Your Socks! 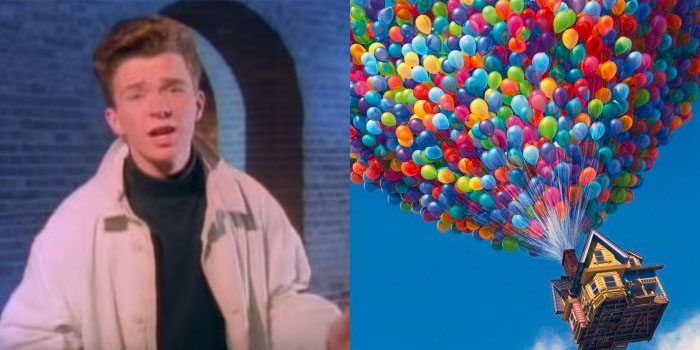