The English language version of the Studio Ghibli film The Secret World of Arrietty arrives in theaters today (check out Matt Blum’s review and Kathy Ceceri’s perspective on the film’s science). The book which inspired Miyazaki’s film was written by Mary Norton and published in 1952 under the name The Borrowers. Before she wrote The Borrowers, Norton, who died in 1992, wrote Bed-knob and Broomstick, which later went on to inspire the 1971 Disney film. However, The Borrowers cemented Norton’s career as a children’s author. At its release, The Borrowers won the prestigious Carnegie Award for children’s literature in Britain. The Carnegie is the British equivalent of the American Newbery award. The success of the book led to five sequels, including The Borrowers Avenged, published in 1982, 30 years after the original.

The Borrowers tells the story of a family of little people who live beneath the kitchen floor of a deteriorating English country home. Pod and Homily Clock care for their adventurous daughter Arrietty by borrowing what they need, and a little more, from the human “beans” who live up above. So as not to arouse suspicion, they take only things which will not be missed, such as sheets of blotting paper and old cigar boxes. From these items they make a life and a home.

In a word, Norton’s book can best be described as precious. In recent times that word has taken on important and powerful ironies to make some clear points, but Norton writes before these ironies came to give the word notes of condescension. Thus, it seems appropriate to use the best meanings of the word precious to describe her work.

It is easy to forget in this world of fast-paced electronics, instant media, and entertainment-based consumption how quiet and contemplative the life of a child growing up in Britain during the Great War would have been. Mary Norton had time to look around her drawing room and imagine how the little people, who must live behind the great clock in the hall, would have climbed up the furniture to gather the leavings from the afternoon tea. As a child, Norton was drawn to careful examination of small details and hidden things. In a 1966 letter included in the front of the 50th anniversary edition of the work published by Harcourt, Norton says that the inspiration for her imagination was due in large part to undiagnosed nearsightedness which left her to contemplate the small things nearby while the grand vistas in the distance remained vague and indistinct. Speaking about her imaginings, Norton says,”What would it be like, this child would wonder, lying prone on the moss, to live among such creatures — human oneself to all intents and purposes, but as small and vulnerable as they?”

This theme of smallness and vulnerability strikes me as one of the most significant lasting impacts of Norton’s book. Pod and particularly Homily feel afraid, vulnerable in a land of forces beyond their control. They shake like frightened mice at the merest hint of change or danger. It is easy for grown-ups to forget how small and vulnerable a child can feel in a fast-paced world where adults appear as giants and even managing to climb into a seat at the dinner table can be a challenge. Mary Norton never forgot what it was to be small, timid and vulnerable. Her books give voice to this childhood sense of vulnerability. Here is a kindred spirit for the small child.

Norton’s gifts as a writer also support in her contemplation of the small. The Borrowers exhibits the best of the 20th century tradition of word economy and attention to detail. Her pacing is deliberate, and she takes time to immerse the reader in the details of the day-to-day lives her characters lead. All of these skills combine with her subject matter to give her book a sense of delicate precision, like handmade lace.

Yet The Borrowers does not simply allow the small child to enjoy a fellowship of the vulnerable. The ever adventurous Arrietty demonstrates throughout the book the necessity of growth and adventure in a life well lived. Norton shows that Pod and Homily have become stuck in their own timidity, existing on yesterday’s faded glory. While the book may sympathize with the vulnerability of the small child, it does not allow the child to rest in their timidity. The child is called to experience both the real risks and rewards of an unexplored future.

As a father reading The Borrowers, I am frankly challenged. Norton has reminded me to remember how vulnerable and fearful my own children can feel as they discover the dangers of life. I am reminded to slow down, to get down on their level, see the world through their eyes and lead them into the future one adventure at a time. 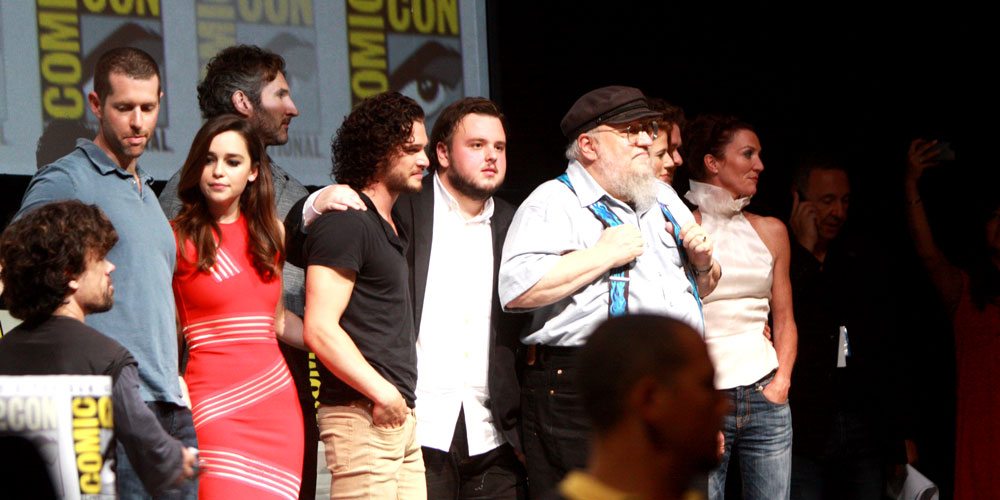 Weekly Poll: Who Will Win the ‘Game of Thrones’?