Derek Van Gorder and Otto Stockmeier have a dream: To create a science fiction film, but without the space-age effects.

In other words, to eschew the digital, and favor the analog.

Their movie C, which follows the story of an idealistic flight officer who hijacks a spaceship during an interplanetary cold war, aims to “create a dynamic science-fiction film using classic, in-camera special effects.” That means their space ships are cobbled-together bits from plastic models and other junk, and cemented together. They are physically moved across a star field — in this case, a stretched-out piece of black cloth poked with holes. The production is about as low-tech as they get. Just like 2011: A Space Odyssey and other ground-breaking SF movies, before the computer age, back when they made movies with things, not pixels.

As they explain in their Kickstarter campaign, “Working with optical effects like these require long hours and a lot of patience, but we believe that this process produces a film with more atmosphere, greater believability, and a sense of timelessness.” On his behind-the-scenes production blog, Van Gorder says the color palate was inspired by the neon colors of 1970s and ’80s sci-fi, anime, and video games. Otto Stockmeier and Derek Van Gorder, producers of "C"(Photo courtesy of the filmmakers).

The two work as a creative team, with Van Gorder taking on the photography, and Stockmeier focusing on production; they collaborate on the writing and direction. For this project, Van Gorder will be credited as Writer/Director and Stockmeier as Writer/Creative Producer, since, as Stockmeier told me, the concept originated from Derek and he is more the sci-fi geek.

But first they have to raise the money to make the film. They’ve shot some preliminary footage for a trailer (which you can view here). Their hope is to get enough money to make a short, or even a feature length film. They told me that what you see in the trailer is just test footage. Their plan is to build all new sets and shoot everything new for the short (which would be 20-30 minutes) and the feature (approximately 90 minutes).

I had the chance to ask Derek and Otto a few questions about the progress of C, and what it’s going to take to make their dream come true.

Gilsdorf: Tell me what stage you’re at in the production and what your ideal production timeline would be?

Stockmeier: At the moment we are about to make the transition from fundraising to pre-production. Already a lot of the groundwork has been completed — lighting tests, most of the casting, etc. — so we should be ready to start building sets by the end of January, filming the miniatures in March, and be in the editing room by early April. That being said, if we can raise enough money to expand the short into a feature, we would be adding time to production.

Gilsdorf: I love the look and feel of non-digital miniatures. Are you making them from scratch or cobbling together various items like plastic model kits etc as they did on Star Wars back in the day?

Van Gorder: The original ship was about two feet long and was built out of plastic toys and model kits that we cut up into different shapes, glued back together again and spray-painted. The blinking lights were created by shining laser pointers onto the model, and then periodically blocking them with a piece of cardboard. Going forward, we need to build a larger model so we can achieve shots with greater detail for our “separation” sequence and interior ship cutaways. We’re looking at a few different options for that besides kit-bashing, including 3D printing, but it depends on the budget we can raise. Art from the movie "C" (courtesy of the filmmakers).

Gilsdorf: What are the advantages of non-digital special effects? What you’re doing reminds me of how Peter Jackson used miniatures and what he called “big-atures” (huge miniatures) when shooting The Lord of the Rings. His use of actual, hyper-realistic objects — towers, castles, cities — gave them a certain physicality and “reality.” Comment?

Van Gorder: Film is primarily about the art of photography. Digital effects provide a lot of powerful tools for filmmakers, but computer-generated imagery is essentially a different medium, like animation; it has its own rules, its own strengths and weaknesses. When you heavily combine live-action and computer-generated elements in a film, you often have to constrain your photography to meet the needs of your computer imagery. I’ve never been happy with the approach to lighting that’s necessary for greenscreen. You miss out on photographic opportunities. For things that can’t be shot in-camera, miniatures are an excellent solution; they’re real objects, you can instantly see how they respond to different types of light, and you’ll inevitably stumble across interesting natural effects that you wouldn’t have thought of. Ultimately, effects technology is just a means to an end, but I think it’s important that the visuals and the story are developed in tandem and actively work together. In this case, the old-fashioned filmmaking techniques help us create visuals uniquely suited to the story we want to tell.

Gilsdorf: What films and production designs are your visual influences — I assume ’70s/’80s-era SF like Star Wars, Alien, etc., but are there others? What FX techniques and tricks have been lost that you are trying to reclaim?

Van Gorder: Some of my favorite works are actually 1980s anime. Yoshiyuki Tomino is often overlooked in the West, but he’s a major sci-fi director. Mobile Suit Gundam: Encounters in Space and The Ideon: Be Invoked were way ahead of their time in terms of using intelligent sci-fi ideas in exciting, popular films. Of course, 2001: A Space Odyssey was a key inspiration, and I’m also quite fond of Star Trek: The Motion Picture, a neglected classic that has some truly stunning space sequences. Just recently, we were fortunate enough to meet with special effects genius Douglas Trumbull, who created effects for 2001, Star Trek: TMP, Close Encounters of the Third Kind, Blade Runner, and more. He saw our trailer and invited us to visit his studio. It was a huge honor to meet the man behind so many memorable science fiction visuals, his work has always resonated very strongly with me.

Gilsdorf: How much money do you need to raise to truly begin the production?

Stockmeier: Essentially we have enough from Kickstarter to begin production on the short. As we outlined on Kickstarter, an additional 10k or even 20k would make a huge difference in the production value: It would allow us to build more detailed models as well as take more time with the sets and filming. If we could raise more than that, however — upwards of 60k — going ahead with our feature script suddenly becomes a potentially feasible option. This would still be a shoe-string budget for what we are attempting, but we have a lot of experience working with limited resources and are confident it can be done.

To help support the film C, check out their Kickstarter project. For more info on the film, see their website.

Comics Spotlight On: The Road To God Knows 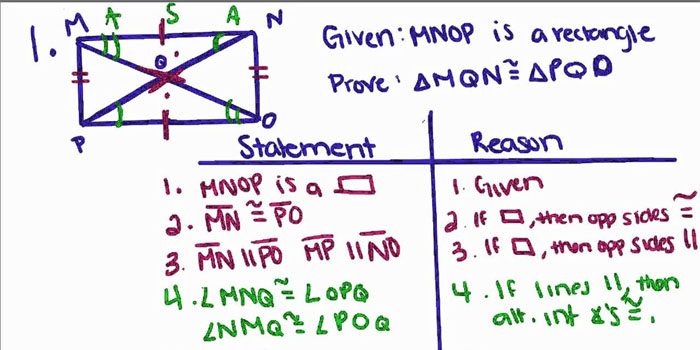