This Enterprise may not “go boldly where no men have gone before,” but that is not to say it lacks boldness. Instead, the USS Enterprise (CVN-65) is a massive 1,123-foot aircraft carrier and one in a long line of Enterprise-named craft, spanning from an 18th-century sloop to the recently retired Space Shuttle. Over the Thanksgiving holiday weekend, Enterprise turned 50, making it the second-oldest commissioned vessel in the United States fleet (outdated only by the 214-year-old ceremonial ship USS Constitution).

As part of this landmark anniversary, the Navy held a large celebration yesterday, even opening the ship for tours. Looking back on its storied past, the Enterprise is notable for several accomplishments: With six prior Enterprises and outer space as the limit, CVN-65 has come a long way from its predecessors. (Click for larger view) Image: Huntington Ingalls Industries

After its birthday festivities, Enterprise will head off for one last deployment prior to its scheduled decommissioning in 2013. That will leave the Navy without an Enterprise for the first time since 1775. Of course, with a name that has grown into geek legend, the prospect of an Enterprise-less fleet whipped the internet into action with its most familiar tool: the online petition. Results have yet to materialize, with the next aircraft carriers already planned as the Gerald R. Ford and John F. Kennedy, but the efforts continue. After all, somebody has to keep the streak alive for Kirk and Picard.

[This article, by Matt Morgan, was originally published on Tuesday. Please leave any comments you may have on the original.] 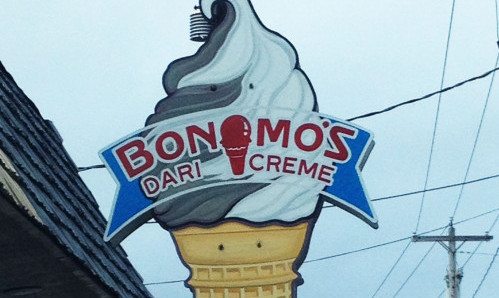