Back in our preschool years of parenting, my family spent a great deal of time with Walter Wick’s books. To be truthful, we spent a great deal of time with a great many books–almost universally those that created anthropomorphized-machine worlds filled with earnest steam engines, recalcitrant backhoes, or steam shovels of derring-do. Mr. Wick’s I Spy School Days picture-find book was a particular favorite, though. My older son would climb into my lap, dragging the oversized book behind him, sherpa-style, and open always to one glorious track-and-block-filled photo-homage to potential energy: an intricate, Rube-Goldberg-styled “balloon popper.” With w-flavored ‘l’s’ and a slight lisp, he’d start at the top of the page working a chubby finger through a sinuous path of levers, ramps, and pulleys, describing each action, each result, until whole minutes later he would shriek delightedly: “AND THEN, POP!”

Immediately serious, he’d twist around to look me in the eye, and say, “Okay, you do it, mom!” Entire afternoons could be spent in this manner. And were.

That little sherpa towers over me now and articulates with theatric, basso-profundo clarity. There are times when I miss the inseparable-intimacy of those preschool days…but then I am able drink a second cup of coffee uninterrupted or take a shower long enough that I run out of hot water…and I recall that that idyllic sweetness came at a price. Ultimately, I am thankful for the immersive richness of that time and thankful, too, to have moved on…

[Head over to GeekMom to read the rest of Andrea Schwalm’s post on her visit to Walter Wick’s studio!]

How to Get a Complete Set of Marriage Power-Ups? (GeekDad POTD) 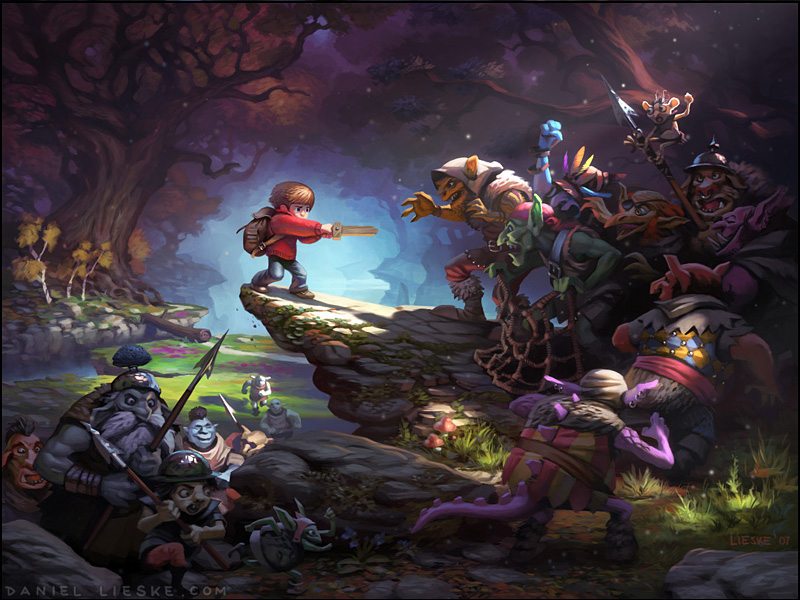 Lose Yourself in The Wormworld Saga