If you read yesterday’s post regarding George Mann’s Newbury & Hobbes steampunk series and the books sounded appealing, you should also be aware that Mann has a second steampunk series that takes place about 25 years later… and in Manhattan (versus London). The two books currently available are titled Ghosts of Manhattan and Ghosts of War, but as opposed to the N&H series, I do not currently know if this new series is to be a trilogy.

The Newbury & Hobbes books really do stand alone and no knowledge of The Ghost novels is required. Mann has created two unique settings with their own pacing and voice — the N&H books possess that obvious stiff-upper-lip tone when it comes to dialogue and banter between characters and the Manhattan-based series is, to give Mann credit (as an English author), full of that stereotypical brash New York language and behavior we expect (authentic or not) when reading a 1930s era Big Apple story.

The books revolve around The Ghost. He’s a vigilante with some amazing weapons and tools at his disposal. Night-vision goggles (red glowing eyes!), a long trench coat, leather armor, and a fedora — you only need to fear him if you’re on the other side of the law. I really can’t talk much more about him without revealing his identity, but I had him pegged after the first few chapters so it’s not going to be that big of a surprise. That said, if you’d rather not know anymore about his secret identity, don’t click the link below to keep reading. But in order to discuss the story, I really must reference the secret identity in the remaining review – sorry.

Okay, so you’ve decided you can bear knowing who The Ghost really is, huh? Well, his name is Bruce Wayne.

This is probably my only real complaint about The Ghost series — the secret identity is a wealthy playboy named Gabriel who puts on one face to the world while roaming the rooftops looking for do-badders. The Ghost goes through a lot of weapons, a lot of outfits, damages lots of property and vehicles… so I’m really not certain how Mann could fund The Ghost’s activities without giving him some wealth. Still, as I read the first book I could not help but think of The Ghost as a steam version of The Bat. The major difference is in how they treat the bad guys — Batman hauls them off to jail so they can escape again and come back in later issues and The Ghost shreds them with bullets and exotic weaponry and doesn’t lose any sleep over it. A true vigilante.

The first book, Ghosts of Manhattan, is where The Ghost is introduced. The police are hearing rumblings about a shadowy vigilante who appears to have declared war on organized crime. An equally shadowy bad guy known as The Roman is exerting control everywhere — including over the police department. The Roman has eyes and ears everywhere, and The Ghost has his eyes set on finding the Roman and ending his power play. The Ghost doesn’t trust the police department that is rife with corruption but he does find a kindred spirit in Donovan, a good cop who finds himself the target of a death threat from The Roman. Meanwhile, Gabriel is trying to figure out why his girlfriend is being so secretive about her past — and she turns the tables on him constantly by hinting that she’s on to his fake playboy behaviors (and possibly his secret identity).

Mann’s Newbury & Hobbes series has hints of the supernatural, but his Ghost series gradually builds up some steam *cough* and introduces its own dark and twisted storyline that will make any HP Lovecraft fan smile. The supernatural elements don’t really hit hard until the very end of the book, so I feel I should give you fair warning as it came as a bit of a surprise to me when the majority of the book is pure bullets and fists — there are a few unusually large bad guys that make an appearance earlier in the book, but my assumption was that they were steam-powered baddies, not supernatural. Overall, it didn’t affect my enjoyment of the book, but if you’re not wanting the arcane mixed with your steam, this series may not be for you. (And it gets even heavier in the second book.)

At this point you’re probably asking Where’s the steam? It’s there — steam engine automobiles, air ships, rocket-launched bi-planes hurled off rooftops via slingshots, and the occasional brass-and-gears automaton and machinery that reminds you this isn’t our version of New York. As with the N&H novels, Mann does a good job here of avoiding steampunk for steampunk’s sake… what’s here makes sense and it’s common-place. (The world just happens to have taken a turn at some point — maybe petroleum hasn’t been discovered.)

Finishing the first book, I was a little bothered here and there by the lack of explanation regarding the existence of The Ghost. Why would Gabriel, a war hero (pilot), suddenly decide to start fighting crime? We know Bruce Wayne’s reason, but there really wasn’t much given in Book 1 as to the why… or really even the how, of Gabriel’s war on crime. (Gabriel designs his own weapons, but where did he get his training?)

Thankfully, Book 2, Ghosts of War, fills in some of these details. Some… not all. Ghosts of War picks up almost where Ghosts of Manhattan left off. The Ghost and Donovan have a solid alliance, and both are on the hunt for a British agent trying to escape New York with some valuable knowledge. Throughout The Ghost series, we learn that there is a Cold War going on between The States and Britannia. But rumors are circulating that Queen Alberta (heir to Victoria) has her eyes on reconquering The Colonies, and this secret agent is being pursued by Donovan on orders from above.

Meanwhile, The Ghost has his own problems — numerous kidnappings are occurring all over the city by flying creatures made of brass. The Ghost manages to tangle with one and finds himself almost losing his life. Of course, this just means that he’s going to go to even greater extremes to find out who or what is behind the kidnappings. (And while all this is going on, an old flame of Gabriel’s has shown up and quickly gets herself involved in the action.)

What’s so great about Ghosts of War is how is how Mann manages to pull both plots (Donovan’s chase for the spy and The Ghost’s hunt for the kidnap victims) together. I won’t give it away here, but I think it’s safe to say that the supernatural element is much bigger and much darker in this second book, and the consequences of failure by Donovan and The Ghost are nothing less than the extinction of life on Earth. How’s that for a steampunk plot?!

Ghosts of Manhattan and Ghosts of War are most definitely steampunk-driven novels, but mixing in the superhero genre makes them unique. I’m not sure which of George Mann’s two series I like best, but thankfully I don’t have to decide as I’ve absolutely enjoyed both. 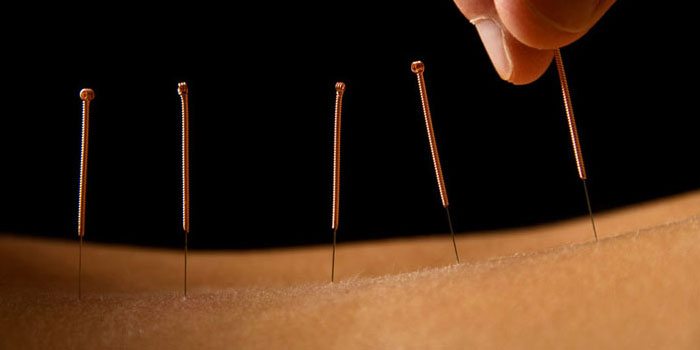