One of the great things about technology is the way that you can make things smaller and smaller but keep their functionality (up to a point). Most of the time we see this in cameras, cell phones, computers. Now Mattel has applied it to radio controlled cars.

are a new line of pocket-sized R/C cars—they debuted at the Toy Fair in New York earlier this year but weren’t available until more recently. There are two types: the Racing Cars and the Power Treads, and Mattel provided one of each for me to test drive.

I’ve seen small R/C cars before: years ago my brother had a Tyco “Canned Heat” car which was about six inches long and pretty fast—it fit in a cylindrical can, and the screw-on lid also served as a remote. A little later on, I picked up an even smaller R/C car on a trip to Taiwan. It was about three inches long and came in a little plastic dome and the base of the dome was the remote.

The Stealth Rides take that one step further. These vehicles collapse flat, and then slide into a rectangular plastic sleeve—about the size of an iPhone though a little thicker—and the sleeve itself is the remote. The controls aren’t your standard forward/reverse and left/right buttons. Instead, there are two sets of forward/reverse buttons, one for the right motor and one for the left, so driving the car is a little more like piloting a tank: both forward to go forward, one side forward to turn, or one forward and one back to spin quickly.

I can tell that the control scheme was a design choice made so that the vehicle could fold flat. While it does mean that maneuvering the Stealth Rides has a different feel than typical R/C cars, both of my kids (ages 6 and 4) were able to pick it up pretty quickly and had a good time driving them around.

The vehicles fold flat and fit into the remote/sleeve.

The Racing Cars are pretty speedy, and as a bonus there’s even a Batmobile Tumbler

version. Although it slows down considerably if you turn by pushing forward on just one side, using the forward-and-reverse rotation makes a pretty impressive spin move. And the modeling is pretty well done, too, despite being only three inches long and able to fold flat.

The Power Treads have rubber tank treads and are significantly slower, but they can clamber over small obstacles. For instance, it was able to move easily from our wood floor onto the area rug, while the Batmobile got stuck on the edge. It also had a much easier time crawling across the rug itself. You do have to reposition the treads from time to time, though, as they can slip off the wheels.

Both types of vehicles have a spring-loaded latch to hold it in its collapsed form and then pop back up. However, I had trouble getting them to stay flat at first—the diagram on the manual isn’t really well labeled and I wasn’t pushing on exactly the right spot. The vehicles and transmitters also have two channels each so you can get a couple of them and they won’t interfere with each other. They run on button cell batteries (two in the transmitter, three in the vehicle) which are included, plus three extra spares, but I can imagine it would get pricey buying a lot of replacements if your kids play with them non-stop.

are a pretty fun toy. They probably won’t satisfy a hardcore R/C driver because, well, they’re pretty tiny and limited, but you can hide them in your shirt pocket. The cars retail for $24.99 apiece.

Wired: R/C cars you can carry in your shirt pocket. The Batmobile looks pretty sweet. Batteries are included. 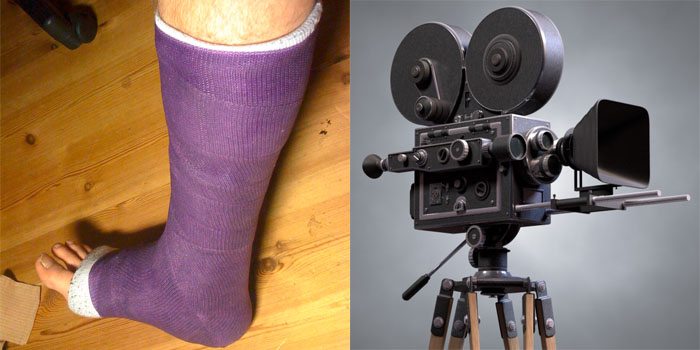