The sixth film in the Harry Potter series—Harry Potter and the Half-Blood Prince—enjoyed a record-setting Wednesday opening, netting $22.2 million to top The Dark Knight‘s $18.5 million in 2008. Once again, we are transported to J. K. Rowling‘s magical world of wizards, monsters, and the wisdom of Headmaster Albus Percival Wulfric Brian Dumbledore. As much as his students at Hogwarts, we parents are enchanted by how relevant his words are to our own struggles, particularly those surrounding raising our Muggles. Here are five such gems and the parenting themes they inspire.

SPOILER WARNING: Although I’ve restricted the content to the first five novels (so, no Half-Blood Prince or Deathly Hallows), some information below might reveal plot points to anyone who has never read the books nor seen the previous movies.

The Truth is a Beautiful and Terrible Thing

After Harry survived his encounter with Professor Quirrel in Philosopher’s Stone, Dumbledore told the young wizard to be cautious with the truth. As parents, we play around with evolving notions of truth all the time. Whether it’s perpetuating a childlike belief in a generous fat man or choosing to explain birth and death in different ways as kids grow up, the spirit of what is true is linked to what is necessary and what is helpful.

For kids, however, truth is who they are, sometimes painfully so. (Even when they do lie, they’re truthful about it.) Kids say the darndest things. My wife once shattered the passenger-side mirror pulling out of a driveway into a mailbox, leaving the mailbox in similar shape. Several weeks later, our then 3-year-old son noticed another damaged mailbox and speculated, “Our car must have been there.” Multiply that by every time toddlers walk by someone who has an undesirable physical feature, and it’s easy to recognize the terrible in truth.

Fear of a Name Increases Fear of the Thing Itself

The main bad guy in Harry Potter mythology is Lord Voldemort, aka Tom Riddle, aka He Who Must Not Be Named. So scary is this dude, the mere mention of his name turns pink cheeks white. Dumbledore, though, encourages Harry to use his proper name. The corollary to that advice is that we shouldn’t put too much power in a label.

In her book When the Labels Don’t Fit, clinical social worker Barbara Probst describes ways to reject disease-based labels of children in favor of identifying the unmet needs influencing their behavior. In an interview, Probst said many parents run from label to label, looking for one that works, but their kids are not really helped by that. Most behavioral plans reward a child for not meeting his needs. Just as Dumbledore wanted to make Voldemort less threatening by using his name (ok, he’s still evil), we can limit the prescriptive damage that labels do by treating each child as someone with a fundamental goodness who is struggling to make sense of the world.

Dumbledore defied the Ministry of Magic by supporting Harry’s claim that the popular Cedric Diggory died at the hand of Voldemort in Goblet of Fire. Cedric becomes a cautionary tale for how dangerous HWMNBN can be, whether or not he’s called by name. In eulogizing the boy, Dumbledore makes a distinction between right and easy. That also describes the difficulties of remaining engaged with your child during a tantrum, either hers or yours.

When someone is angry or upset, emotions dominate the moment. That person can’t hear rational arguments or respond in ways they would otherwise. It is much easier to separate yourself from the child with a bedroom door than stay in the room with him, where you have to hear the noise. It is much easier to justify some snippy retort or bark an order than it is to continue to communicate effectively with those emotions flying around the room. Eventually, calmer heads do prevail, but it is important for both parent and child to stay present as that journey takes place.

The Best of Us Must Sometimes Eat Our Words

When the Headmaster toyed with Ron Weasley about his expulsion in Chamber of Secrets, Dumbledore reminded us all that even adults aren’t perfect. In fact, the mistakes we make and the failures we display can become some of our best parenting opportunities.

Parenting is a lot like social media in this sense. It’s one thing for people to hate Comcast. It’s quite another to see how Frank Eliason responds to those kinds of messages and the effect it has on his customers. When we make mistakes as parents, eating our words models how we can deal with the gaffes we make. Teaching kids to respectfully disagree and compromise—traits most parents covet in their offspring—requires that we be willing to do the same.

In the Order of the Phoenix, Harry gets an apology from Dumbledore for his part in manipulating Harry’s dangerous path to power, observing that while young people have never experienced age, old men have simply forgotten what it’s like to be young. The old wizard isn’t alone. Being older and wiser, we parents are sometimes so far removed from our experiences as kids we can be blind to the perspective of our children. We listen to them talk about their feelings (in those rare moments of sharing) and then tell them they don’t feel that way. We watch them play and hear the noise instead of the story.

My eldest inhaled all of my Calvin & Hobbes comics, which was one of my favorite strips as a teenager. Until my son started narrating our interactions in the voice of Spaceman Spiff, I had always identified with Calvin. Now, I’m the Dad, wanting to tell him to quit throwing things at me instead of playfully dodging the Death Ray Blaster, in character as a Zealous Zarch. In these situations, it is like someone cast Obliviate on me and removed my childhood. 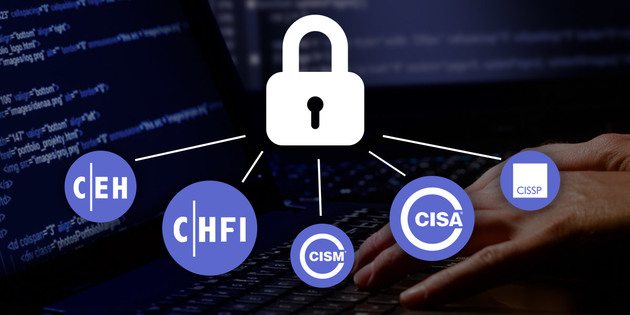