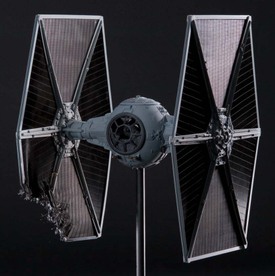 If you’ve ever wanted to be able to own a piece of movie history, whether just to admire it, to collect it, or to lord it over your geek friends, you’re about to get the chance.  If you’ve got the money to spare, or don’t mind spending your kids’ college fund on something else as long as it’s really cool, Profiles in History has got an auction for you.  On July 31 and August 1, they’ll be auctioning off a ton of Hollywood props, costumes, and one-sheets, among other things, and just reading the catalog is enough to make a geek’s mouth water.

As mentioned in the title, you can buy the actual Holy Grail prop from Indiana Jones and the Last Crusade, or the Ten Commandments props used by Charlton Heston in the movie named after them, for a mere $20-25,000 for the former or $30-50,000 for the latter.  You can also buy, in no particular order, the Operative’s sword from Serenity, a rabbit mask from Donnie Darko, Will Smith and Tommy Lee Jones’ suits from Men in Black, and a dress actually worn by Jeri Ryan as Seven of Nine.  And there’s way more Star Trek items (I covet Captain Picard’s desktop computer, but don’t think my wife would understand spending quite that much money on it).  There’s stuff from Blade Runner, Alien, Conan the Barbarian, Austin Powers, The Nightmare Before Christmas, and Back to the Future. 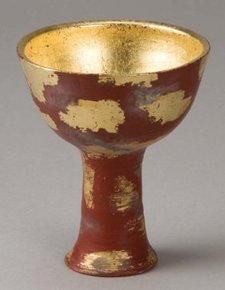 My favorite two items are: An original TIE fighter model (with battle damage) from Star Wars (IV: A New Hope), and, even though it doesn’t fit at all with anything else I’ve mentioned, a signed photograph of Abraham Lincoln.  Anyone got $325,000 they’re not doing anything with?

(Take a look at all the items on eBay, or download a ZIP file containing the PDF versions of the catalogs.  There’s hours of geek lusting to be done.  Leave a comment and let us know your favorites among the many things I didn’t have space to mention.)

Are You A Lonely Gamer?